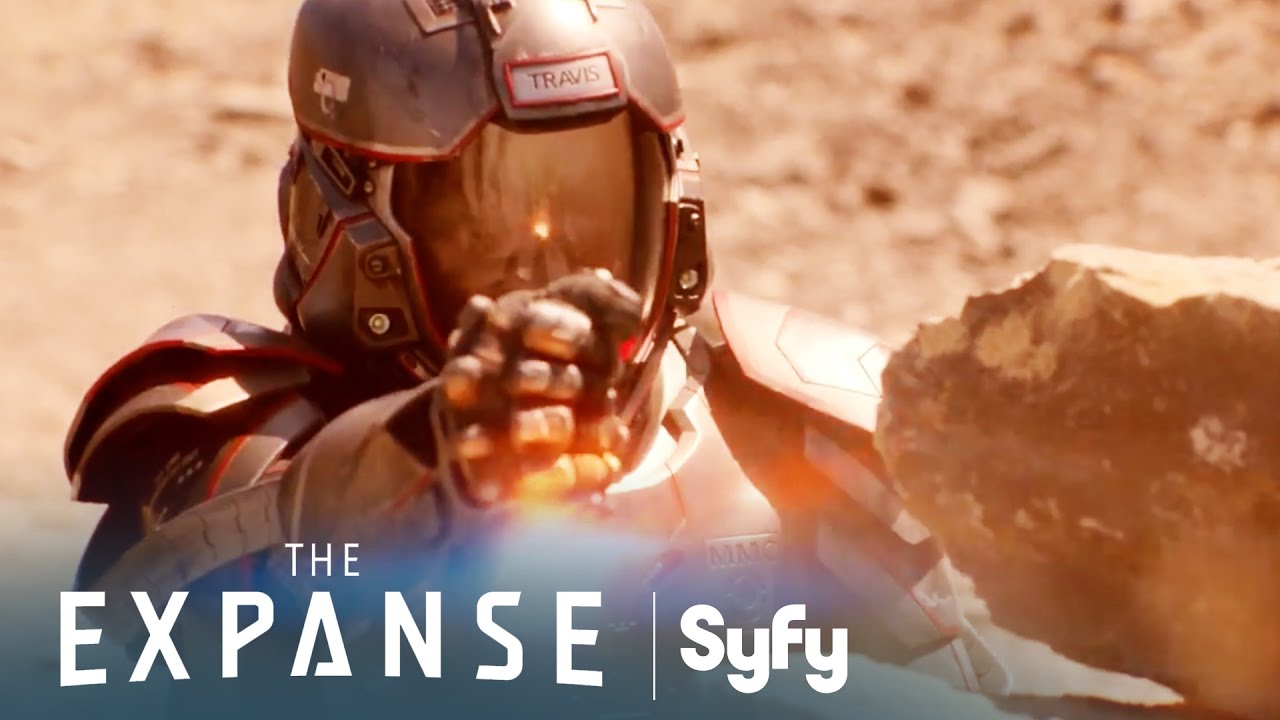 February 1st is coming and the good people at Syfy want to entice you to their sprawling, critically acclaimed show, The Expanse. Interspersed between gorgeous special effects shots and shots of Shohreh Aghdashloo looking pensive and dressed opulently as Chrisjen Avasarala, “The Mission” trailer gives viewers a better understanding of how The Crew will fit into the proceedings next year.

Last year, young Naomi (Dominique Tipper), Holden (Steven Strait), Amos (Wes Chatham), and Alex (Cas Anvar) were just swept up into events and reacting accordingly. It looks like now –partnered with their new friend, Miller (Thomas Jane)– they are taking a more proactive path as Earth, Mars, and The Belt posture for war.

Something tells me this show will be a bit too ‘real’ in Trump/Putin’s America, but I’m going to stick with it anyway when it returns for a double-episode premier on Wednesday, February 1st.

If you haven’t already, check out Season 1 on Amazon.