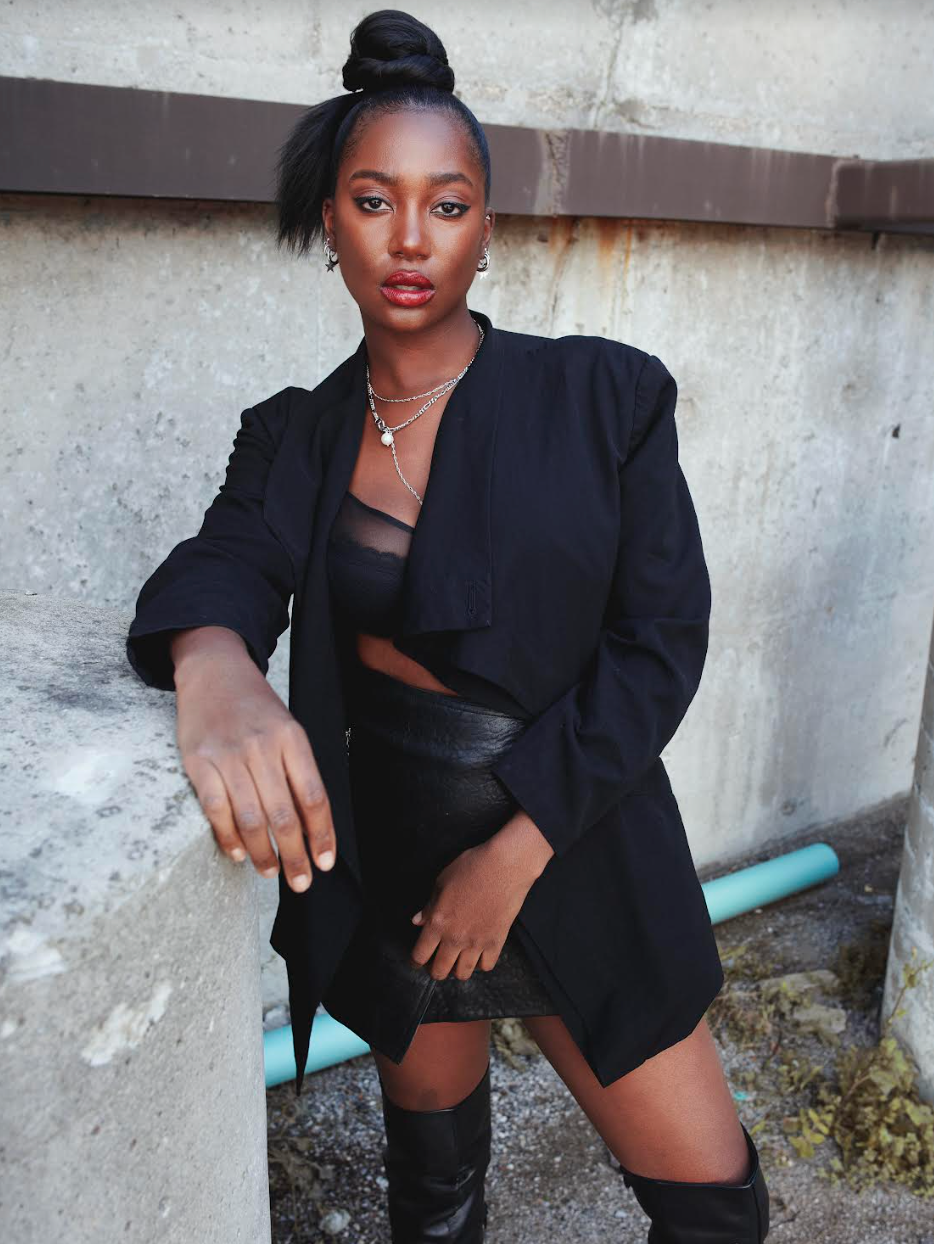 The Porter transports you back in time to a period in Canadian and American history when serving passengers on the train was a way for Black men to earn wages — despite unfair and racially-biased poor treatment. Mouna Traoré, who we’ve seen in The Umbrella Academy and Self Made, plays Marlene Massey, a nurse concerned with offering better healthcare to help her people.

She embodies the challenges of a working woman who’s married to a disenfranchised porter. She’s fighting to find the balance between support for her husband, bettering her community, and rising up against inequality.

BGN spoke with Traoré via video chat about her experience growing up in Canada, the importance of this story, and the dream of working with Alfre Woodard.

As a child of two immigrant parents, what was your experience growing up in Canada?

I had an interesting upbringing. Toronto is a super diverse city, and my family is very diverse. That really informed who I am today. My mom’s first husband was Jewish, so my older half-sister is Jewish. My stepmom is also Jewish, so it’s a double blended, multiracial family. I had a really beautiful childhood in Toronto.

What drew you to acting?

I just remember being a kid and seeing people on TV and feeling like that was what I was supposed to do. I love to perform and love attention. So I think that it was just something I was always drawn to.

When you see videos of me as a kid, as soon as the camera came on me, I was ready to perform. It came naturally. As I’ve grown into a sense of self, the things I want to do as an actor and what acting means to me have changed so much from when I was a kid.

What’s the first role that made you feel like acting is what you are meant to be doing?

I don’t know if I’ve had that yet. Everything always feels weird and shaky and scary, especially when it means a lot to you. Acting is such a big thing for me that it’s hard to distill my feelings about it because they’re always changing. I’ve had experiences that have made me feel like this is what I’m supposed to be doing. Sometimes I’ve been in certain acting classes working on a monologue or a play or performing at a small theater.

Tell us about The Porter and the character you play in the series.

The Porter is a period drama that follows an incredible ensemble cast. It tells the story of these two gentlemen porters who work on the train for a railroad company going across Canada and into the United States for independence. They also creating a better life for themselves in the community but in very different ways. All of the other characters within the show follow the same trajectory of wanting to create a better life for themselves and their community.

For [Marlene], that looks like her work as a Black Cross Nurse, providing health care and education within her community and trying to create something that Black people can rely on that is outside white medical institutions.

Was there anything about this particular story that pulled you in or made you want to be a part of this show?

It was the opportunity to tell a story that reflected the Black Canadian experience in a way that I’ve never seen; for Black people by Black people. That was something that resonated with me. I’m half-Mali and half-Haitian. On both sides, my parents are new immigrants.

I don’t necessarily connect within my family to that history, but the impact that these men and women had on the Black community in Canada, how that has impacted the fact that my parents were able to come to Canada with immigration policy and the like, the quality of my life, and what I’m able to expect, that seemed important to represent and to honor and to give space for right now.

How has it been to work with Aml Ameen and Alfre Woodard?

Working with Alfre was such a dream because she’s in everything. I called her an icon the other night, and she’s like, “I’m not an icon.” I’m like, “To me you are.” I literally grew up watching her on-screen, and she is one of those people who see her gave me that bit of confidence to believe that I could do it.

Working with her was like a full-circle moment of working with someone who I didn’t even imagine I’d be able to work with and learn from and become friends with and grow with. That’s such a dream. I really enjoyed working with my co-stars. Ronnie Rowe and I were on a show called In Contempt together several years ago; we actually played lovers. It was nice to work with him again in a totally different period on a completely different show.

A lot of us grew in our friendships with each other. I never had any scenes with Loren [Lott]. The only scene I had with Loren was where I was leaving the Stardust in the first episode, and she was there. As we were filming, we were able to bond, and I would go to her dance rehearsals just to watch her dance because otherwise, I didn’t really get to see anything that she got to do. That was an incredible experience to build friendships and grow with my co-stars.

Are you excited about the US release of the show?

It’s exciting because it connects to so many people I’ve met over here who have family members who were porters, or who were somehow connected to a porter. For many of them, they haven’t seen the stories that their elders or their family members or relatives shared in such a way and I really am anxious to hear how they feel about it and how they connect to that.

I am developing my own projects, and I’m really working on developing my voice as a writer. That’s really important to me. The pandemic made it very clear how important it was to me. I really want to focus on comedy writing and speculative fiction writing.

The Porter, which originally aired on the CBC in Canada and premiered May 5, 2022, on BET+.