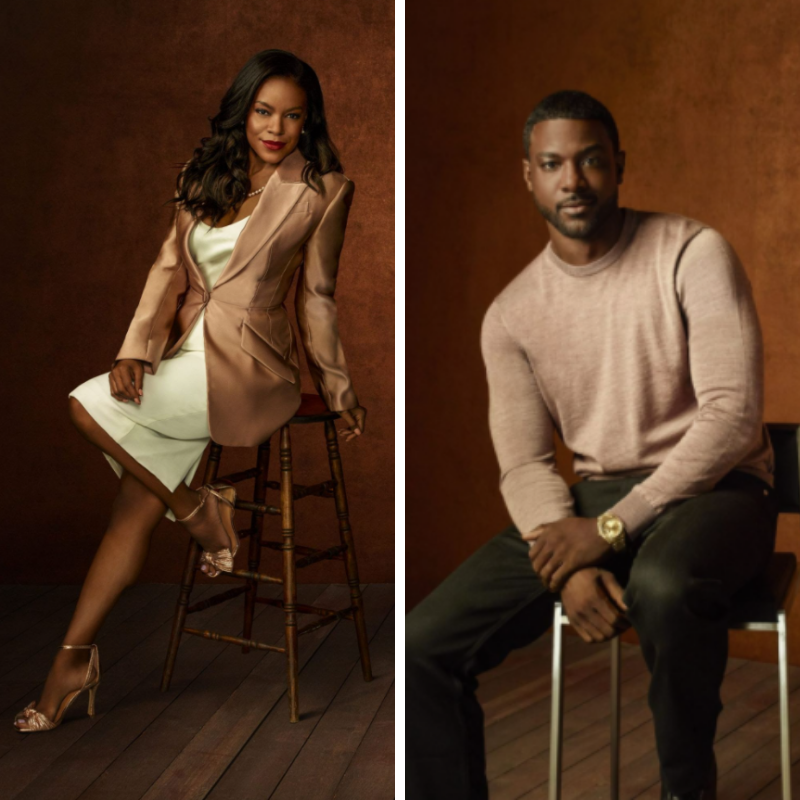 If you enjoy watching Black excellence sprinkled with drama, suspense, and all kinds of debauchery, you must tune into Our Kind of People on Fox.

Our Kind of People is inspired by Lawrence Otis Graham’s book of the same name, and it offers us a peek behind the veil of money, power, and access for the Black elite of Oak Bluffs on Martha’s Vineyard. The show focuses on Angela Vaughn, played by Yaya DaCosta, a single mother who has returned to Martha’s Vineyard to reconcile with her mother’s death. However, her mother’s past holds some dark secrets that promise to shake up all the fancy lives of those living in this tight-knit Black universe.

In addition to DaCosta, the show features Joe Morton, Debbi Morgan, Morris Chestnut, Nadine Ellis, Lance Gross, and a host of other talented artists. With executive producers Karin Gist and Lee Daniels at the helm and this cast chock full of melanin magic, Tuesday night episodes are poised to be the talk of Wednesday mornings.

BGN had the chance to conduct a Zoom interview with Nadine Ellis and Lance Gross about their characters on the show, working with such a stellar cast, and what makes this show special.

Had either of you read the book by Lawrence Otis Graham before joining this cast?

Nadine Ellis: I had not and started as soon as we found out. It’s been so telling because I really had no connection to this world at all so this was a whole new world for me. I absolutely knew about Madam CJ Walker in terms of Black millionaires, but I had no idea that there was this landscape of Black families that were living it up. We’re not necessarily encouraged to believe that the Black story can include something other than struggle, so just to get a little crack in the door and go witness has been really cool.

Lance Gross: You know, this subject was important and special when I read the book by Lawrence Otis Graham almost 20 years ago. I was intrigued then. I’m still intrigued now. Showcasing African Americans in this light is just something that is long overdue on screen.

Tell us about your characters on the show.

NE: Leah Franklin-Dupont is the child of a billionaire Teddy Franklin [Joe Morton], and grew up with a lot of resources and a lot of wealth. With all of that, she’s expected to show up in the world with a lot. When you’re given a lot, there’s an expectation that you should be perfect. There should be very few flaws, and she holds the weight of that on her shoulders. She does it beautifully, right? She’s always ready to present this space of perfection, but she’s a human being. Underneath there’s doubt, and I think this is constantly in her head. She is definitely a product of her circumstances and her environment, so she loves the finer things in life and she makes no apology about it. It’s the house, the cars, the boat, the private jet, the diamonds — she wants all of it.

LG: My character on the show is Tyreke Chapman. He is an architect. He doesn’t naturally come from this world — he kind of infiltrated his way in. He’s been taken under the wing of Teddy Franklin, so that’s his way into the family. He’s driven, hard working; he’s a good guy. He meets Angela, and there’s an immediate physical attraction but also there’s a commonality of pain. He recognizes that she also doesn’t come from this world. She’s driven and has the will to succeed, and he feels the need to help her into this circle. That’s Tyreek in a nutshell, but there are twists and turns and some secrets that Tyreke has that will come out.

Nadine, your character Leah seems to butt heads with her father Teddy. What is the crux of their contentious dynamic?

NE: It’s funny that everyone sees it as headbutting. I don’t see it that way. I think Leah and Teddy’s relationship is made up of those one upmanship moves. He is an avid chess player, and he has raised his child to be strategic in her moves. That’s how she goes about her life and the decisions she makes for herself to obtain what it is that she wants. It’s not feuding when they go into battle. I think he’s almost proud. I think they love it. I think they love the challenge of each other, and I think he sees it with pride. It’s not contentious.

How has it been for both of you to work with such a stellar cast?

NE: Well, Joe Morton. Joe Morton. Did I mention Joe Morton? That man is magic. He comes in, he chews it up in the best possible way, and he spits you out. It’s incredible to watch. Then the rest of the cast: Yaya has been amazing. She’s so completely connected and ready to go every single time — talk about another titan. To be challenged with that energy, that synergy has really been incredible. Then of course, Morris Chestnut. I mean, it’s unfortunate that I have to work under these kinds of conditions. [Laughs.]

LG: I pinch myself every day just being a part of this cast because they are such beautiful, talented Black people that I’m working with, and they’re motivating. Joe Morton — I mean, come on. To share the screen with him, to be in scenes with him, it’s amazing. I’m a sponge, so I find myself just absorbing everything that he does. I’m watching. Even if I’m not in the scene, I’m on the sidelines just trying to learn because he’s a legend in the game. We’ve got Debbie Morgan, who is still absolutely beautiful. This cast is amazing. Every day it’s like, “Wow, I’m here.”

What do you think is special about this show?

NE: We are seeing this world of Black families, Black people, Black consciousness, Black excellence in a way that we don’t necessarily see if it’s not in the backdrop of the sports world, music world, or drug world. It feels like a sliver into this world that a lot of people are not aware of, and I think that is so exciting. It’s so exciting that a kid, who may be in the middle of the country or on the other side of the planet, can go, “Oh!” I’m excited to see where we go.

LG: We come from generational wealth too. That’s something to be proud about, and it’s something that’s not celebrated enough. These are people who have worked hard for what they have, and they’re enjoying life and the fruits of their labor. It also celebrates Black women and everything beautiful about them, from the fashion, to the different hairstyles, to the realness of who they are, and who we are as a people. So to see that on screen every Tuesday night is amazing. I hope people tune in and they appreciate it. DVR or whatever you got to do, stream it; it’s beautiful to see.

Be sure to tune in to Our Kind of People, Tuesdays at 9/8c on Fox!