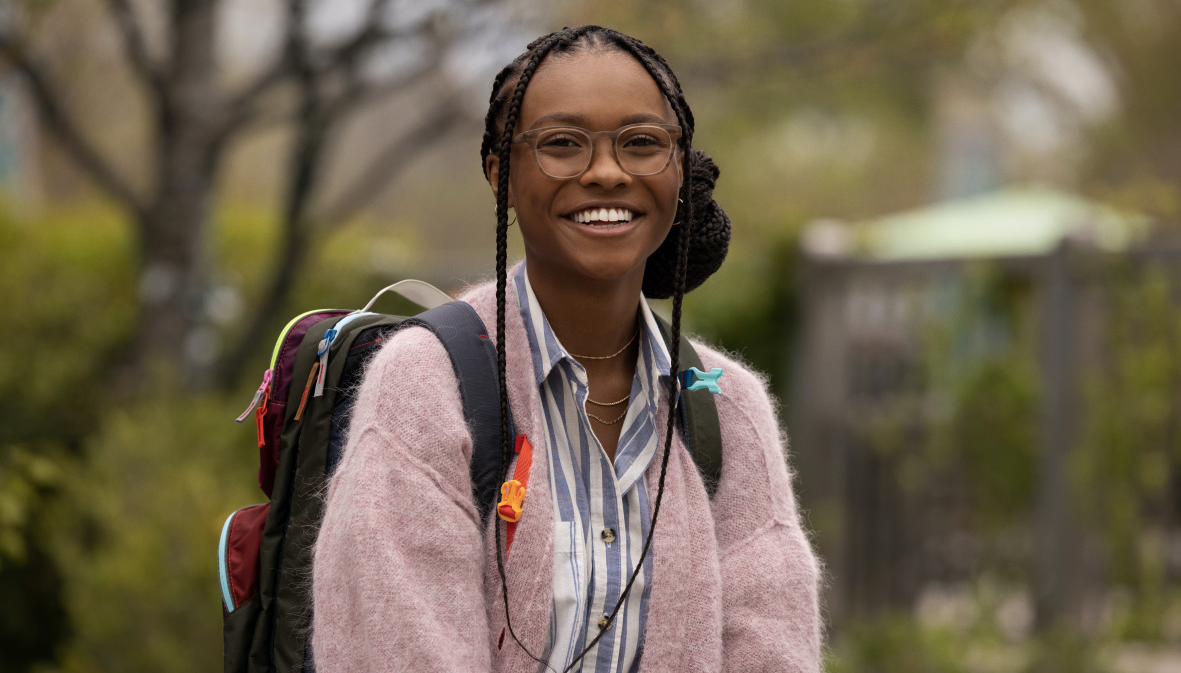 I’ve long been a follower of comic book lore. I was that girl twirling around pretending I was Wonder Woman with gold cuffs on both wrists or flying in my invisible plane. When I saw a Black female superhero for the first time, I was mesmerized. The Black women I knew had many superpowers, but controlling the elements was not one I’d ever seen. That was <*clears throat*> years ago.

Fast forward to 2022. After seeing the same characters reworked, remixed, and rewritten, I’m thrilled that a new superhero is coming to the screen. One of DC Comics’ most successful comic book series is jumping off the pages and debuting on The CW this January: Naomi. If that isn’t cool enough, the show’s executive producer is Ava DuVernay. Kaci Walfall, a young, breakout star, leads this character-titled series as Naomi.

Naomi is sure to inspire a new generation of young girls. She’s smart, inquisitive, confident, and she’s a skateboarder — something for which I never had the chops. She’s also beautiful inside and out. She’s at that relatable age between wanting to meet the expectations of others and beginning to discover who she really is, which tends to put her in precarious situations.

BGN participated in a roundtable Zoom interview where we asked Walfall a few questions about her prior relationships with comic books, being a young, Black superhero on television, and what she hopes to bring to the character.

Did you have a relationship with comics/superheroes before being cast in this role?

I am an avid reader, but I had never read a comic before, which I find quite surprising because I’m also a visual learner. Seeing something visually is very pleasing to my mind. I watched a little bit of The Flash. I watched Supergirl a lot. That was my favorite show when I was in middle school. Of course, I watched Black Lightning, and I loved Wonder Woman with Gal Gadot, so my relationship with superheroes was really cool. When I was younger, I had a Batwoman costume. So being a superhero was always a dream of mine, but I I didn’t know if there was a character that I could play until Naomi.

What does it feel like to be playing a quirky Black girl who skateboards?

I know a lot of Black girls who skateboard, but they’re not always on television so it’s really cool. A lot of people will be able to relate to that. It’ll inspire a lot of people, especially younger Black girls, to try something that maybe they haven’t seen on TV or necessarily been exposed to. Also, to play on the quirky side of it the comic book nerd side of it, that’s a super cool aspect to see someone who is in that world. I love that that aspect from the comics is in the show.

What do you hope to bring to this role for young audiences, especially young Black girls?

There’s a couple of things I hope to bring to this role. One is authenticity. Miss Ava and Jill have done such a good job with that, especially with her being a young Black girl. The authenticity of me actually being a young Black girl, of course, will bring that to the story. I also hope to remind people, and especially young Black girls, that we are much more worthy than sometimes people tell us that we are and maybe than we think we are. We are crucial, and we are truly, truly important. That is something that Naomi begins to understand as she goes throughout the story when she figures out her hidden destiny.

What are the biggest likenesses and differences between you and Naomi?

As for our similarities, we’re both intelligent and we both have a pretty good sense of style. Going even deeper than that, what’s also similar about us is that we both have a good sense of drive and passion. That’s what keeps us going. When people tell us no, that doesn’t mean that we’re gonna stop.

If you’re all about superheroes, and even if you just like the action, Naomi premieres on The CW Tuesday, January 11, 2022, at 9 PM EST.