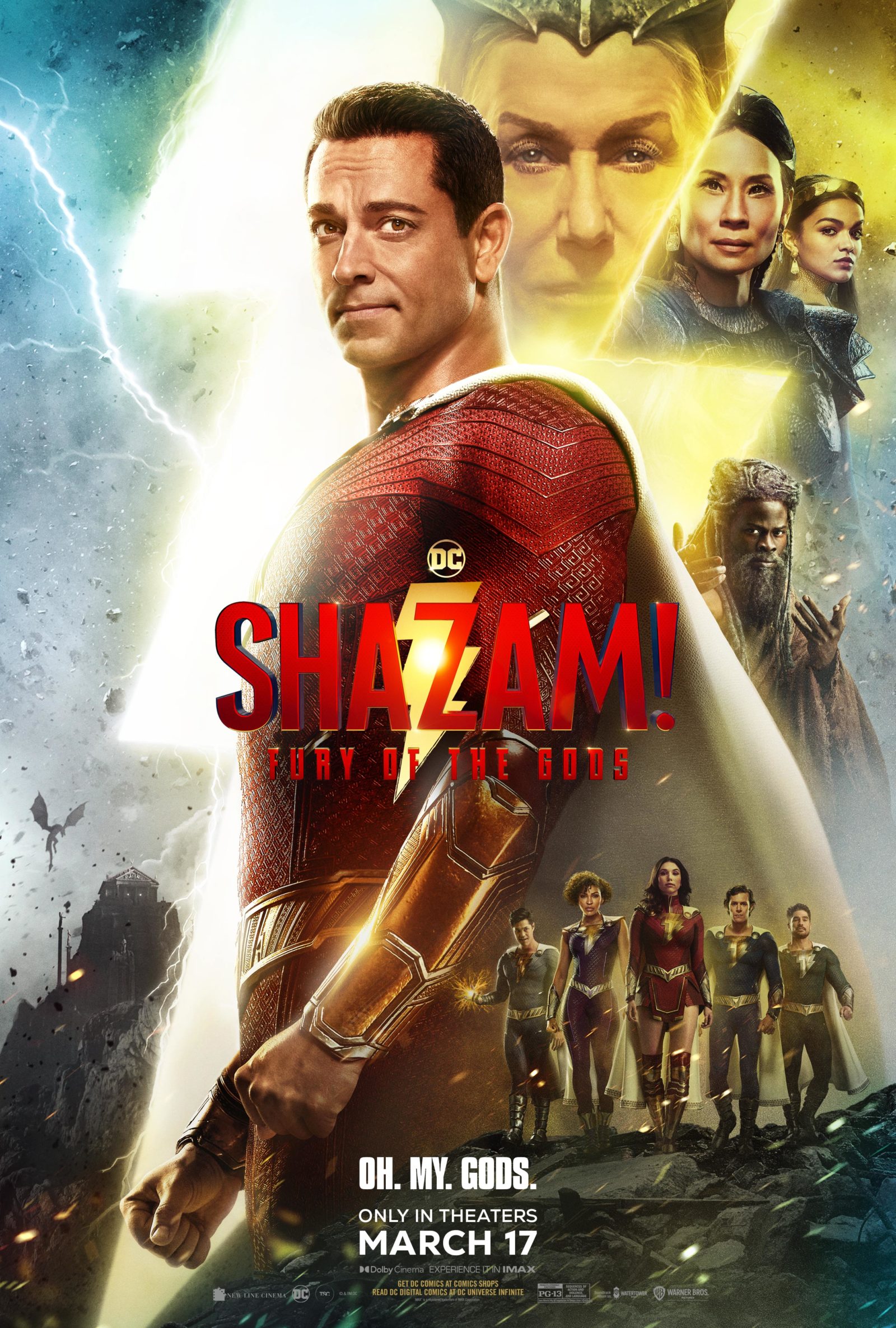 From New Line Cinema comes Shazam! Fury of the Gods, which continues the story of  teenage Billy Batson who, upon reciting the magic word “SHAZAM!,” is transformed into his adult  Super Hero alter ego, Shazam.

Bestowed with the powers of the gods, Billy Batson and his fellow foster kids are still  learning how to juggle teenage life with having adult Super Hero alter-egos. But when the  Daughters of Atlas, a vengeful trio of ancient gods, arrive on Earth in search of the magic stolen  from them long ago, Billy—aka Shazam—and his family are thrust into a battle for their  superpowers, their lives, and the fate of their world.

Joining the cast are Rachel Zegler , with Lucy Liu and Helen Mirren.

The film is directed by David F. Sandberg and  produced by Peter Safran. It is written by Henry Gayden  and Chris Morgan, based on characters from DC; Shazam! was created by Bill Parker and C.C. Beck. Executive producers are Walter Hamada, Adam Schlagman,  Richard Brener, Dave Neustadter, Victoria Palmeri, Marcus Viscidi and Geoff Johns.

New Line Cinema presents A Peter Safran Production of A David F. Sandberg Film,  Shazam! Fury of the Gods, which is set to open in theaters internationally beginning 15 March 2023 and in North America on March 17, 2023.