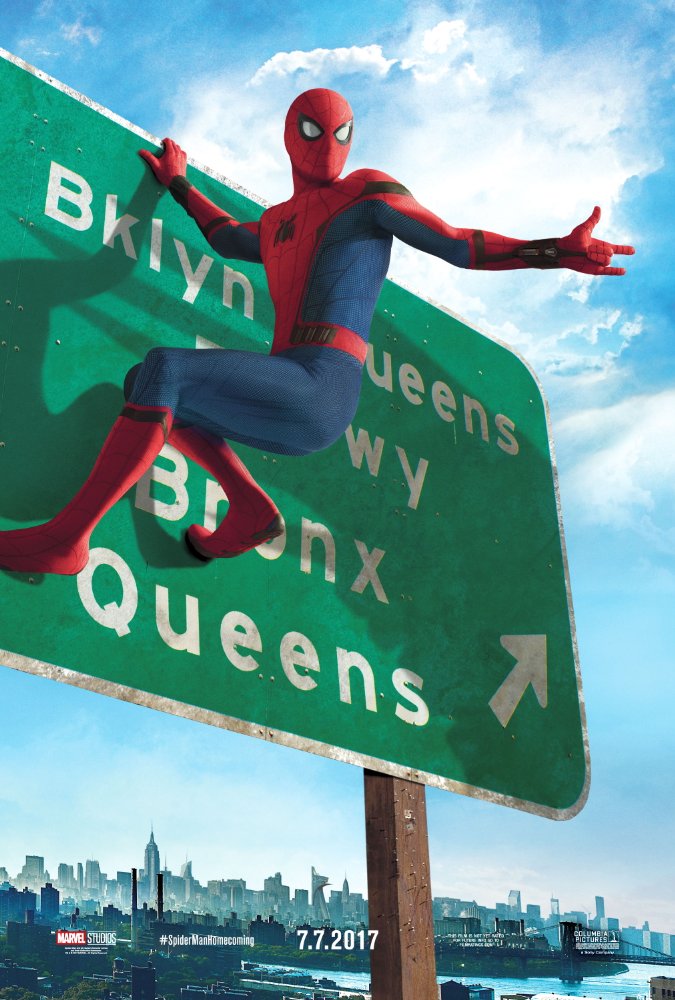 **Spoilers for Spider-Man: Homecoming below**

Queens get the money. And with Spider-Man: Homecoming swinging pretty with an opening weekend of $117 Million domestically, that line couldn’t be more accurate. Watching the film, some of the New York BGN staff felt excitement seeing the webslinger FINALLY depicting what a borough in New York should. Here is a discussion about the New York landscape with the following proud New Yorkers:

Overall, what were your thoughts ON Spider-Man Homecoming?

Leo: I loved it (review here), and part of that love it relates to its approach to NYC, which hits some important notes.

Joi: Like, Leo I loved it as well. And (also) like Leo, the approach to NYC and its inhabitants was an appreciation for this beautiful melting pot we call New York.

Anthony: I loved this movie because I feel like it finally gave us a true NYC Spider-Man that I can relate to. It made me think about the comic books I used to buy as a kid.

Leo: For the most part yes, although I think it would’ve been extra-NYC if they had actually set it in a named science school.

Joi: I would say in terms of the types of people that live in Queens, absolutely. They looked like me and my friends in high school. I went to a science school (science & math). If they added uniforms, this could have been “Joi: This Is Your Life.”

Anthony: Hell yeah. There is a part where he is sitting on a building eating something and the scenery was very Queens where you can see the train and the NYC skyline.

What scene in particular captures the essence of NY, to you?

Leo: Peter relating the particulars of his sandwich order to a cantankerous owner and respectfully greeting the bodega cat.

Joi: THE BODEGA CAT. I’m not a crier by nature but I legit caught myself getting a bit emotional seeing my childhood play out in the form of a 15-year white boy. What I wouldn’t do is actually pet the cat – I’m not an animal person.

Anthony: Because I don’t want to repeat what Joi and Leo said (the Bodega scene was the best), I did love the scene when Spidey tried to stop the robber from stealing his own car and then everyone in the neighborhood had an opinion about it…which leads to Stan Lee flirting with his neighbor – classic!

Just a thought: can we get a Peter running out of web shooters while doing his daily patrol, misplacing his backpack and having to take the train in the Spider-Man costume? You’re welcome, sequel.

How does this film’s portrayal of New york differ from other comic book films?

Leo: One of my serious criticisms of Jessica Jones was the fact that it claimed to be about NYC, but got a few significant things completely wrong (for instance, when she purchases hard liquor in a bodega – something you notably can’t do in NYC). Luke Cage is more-or-less saturated in its Harlem adoration, and while Homecoming – being a 2-hour film – doesn’t have the time to find a comparable energy, I think it looks for it.

Setting a major scene on the Staten Island Ferry was amusing to me. It’s interesting, because a lot of Homecoming’s plot revolves around leaving NYC for outer environs – Liz’s party looks like it’s in Nassau or Long Island, the debate team goes to D.C., Spider-Man gets stuck in a remote hazardous materials lock-up, Peter’s cellphone vlog, etc. – but leaving NYC to go do things before happily returning is also, sort of, an important part of living here.

There are numerous satisfying call-outs, like The Ramones on the soundtrack (Queens represent), or Spidey swinging by the elevated train platform. In most cases, Spider-Man feels conspicuously under-powered when away from NYC, which leads into my favorite joke in the film, where he shoots webbing up into the sky to get away quickly but it has nowhere to stick to.

The fact that it all ends on the beach at night puts a bow on it for me. NYC has amazing, iconic beaches, a detail that most films tend to leave out, because this imagery somehow contradicts straightforward cliches about our beloved urban home.

Joi: Maybe my experience with NYC beaches is different from Leo’s because I agree on iconic, I am more meh on amazing. But moving on.

If you even compare this film to the other five Spidey films before it, I never felt connected to the NYC it was portraying. Tobey and Andrew’s Spideys seemed mostly based in Manhattan. Which, to be fair, the character is interning out there. But by making Peter younger, we are getting a lot more of his development within Queens, as opposed to him being one foot out of high school.

I want to give a PSA to any superhero films that have characters in NY: If you do not have prominent people of color, it’s not NY. Point blank period. Queens is diverse as hell. To finally see a Peter Parker that is friends with smart kids of color was refreshing. And it further supports why a younger Peter was a smart film choice. These are kids who will grow with Peter too – and we will (hopefully) see develop with him in the future films.

Anthony: A few things for me that made this different from any New York comic movie and Spider-Man movie is the little subtle intricacies that most films miss. He actually took the train to a High School that actually looks like it exists in this city. How about the fact that his backpacks always get taken when he leaves them in a random ally? I also enjoyed that they didn’t add things to the city like Spider-Man 2 (really, an elevated train in the middle of Manhattan? Unless you take the one train in Harlem, you will never see this)

The fact that there was a reference to Dominican woman in this film blew me away. Most times people will just say Puerto Rican or Mexican. The mention of this lady and this specific ethnicity showed me that someone did their homework and I appreciate that. However, the fact that it was referenced that she gave him a churro (which is typically a Mexican dish) shows that someone thinks we all look alike. But I will give them an E for effort and a T for nice try. (Rest in peace Phife Dog)

Let’s also talk about the fact that I can’t name any other High School movie with mostly kids of color that did not directly involve gangs or drugs. I loved that all his classmates (including Flash Thompson) were essentially mathletes.

However, the part that had me in tears was when he couldn’t web sling in Queens because there are no buildings! He was running through the streets and people’s yards(a great ode to Ferris Bueller)! If you need to travel in that part of Queens you know that there are no subways, buses, or buildings.

One last thing I thought was NYC was that he had a fight with robbers in an ATM vestibule. Most comic movies depict a big bank robbery scene with these massive vaults. However in NYC, there is a Chase Bank in every corner with like 3-4 ATM machines. I found that entire concept to be very NYC.

Behind The Scenes of ‘Spider-Man: Into The Spider-Verse’