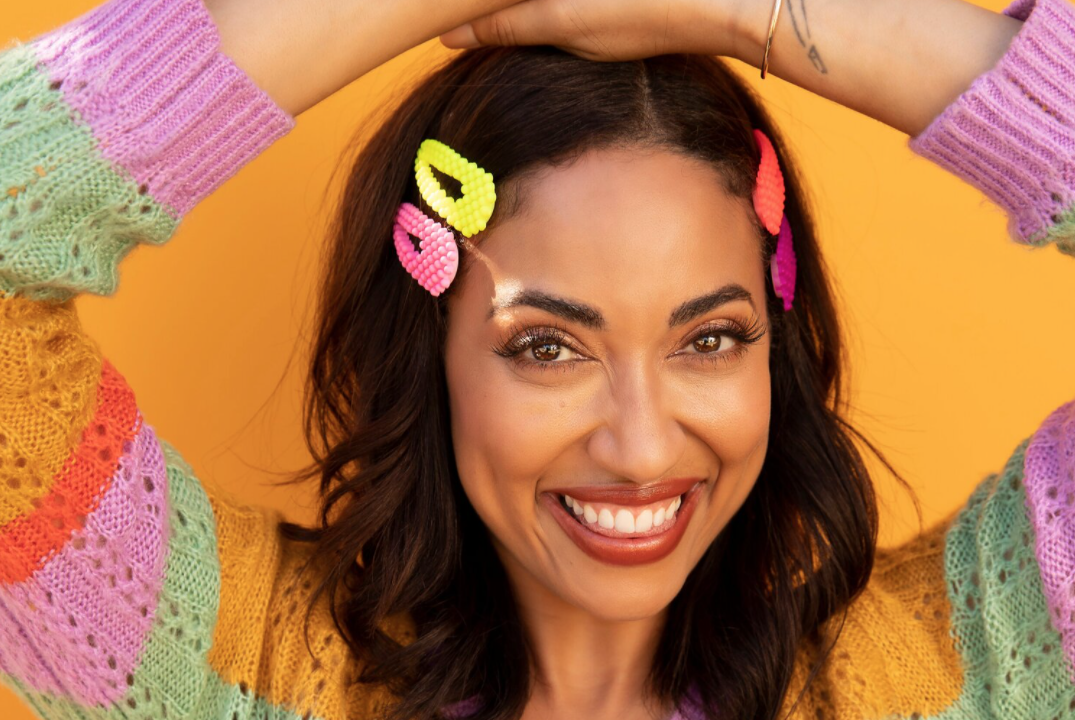 “I’m almost grateful that I didn’t know Jabberjaw and what they sounded like before. I just went in and did a weird voice!” Comedian and actor Niccole Thurman says about one of the three characters she plays in HBO Max/Warner Bros. Animation’s Jellystone!, a modern-day retelling of several beloved Hanna-Barbera characters. Nostalgia as a coping mechanism has been a surprising theme to come out of the last two years. Reboots galore are getting greenlit, giving people a sense of normalcy in this crazy, crazy world. Something is comforting about engaging with characters from your childhood, and Jellystone on HBO Max is a great entry into the genre.

The animated feature has many Hanna-Barbera characters, including Yogi, Boo Boo Bear, Captain Caveman, and even a salacious cameo by the Flintstones. It’s not as adult as some of the previous reimaginings like Harvey Birdman: Attorney at Law, but it’s certainly meant to entertain the kid in all of us.

The cast is a veritable who’s who of comedic icons. From Ron Funches and Grace Helbig to Paul F Tompkins, one of the greatest things about these characters of yesteryear is hearing them voiced by your faves. Additionally, while the essence of the characters is the same, their personifications are more honed by the voice actor. The original Jabberjaw was a dim-witted shark who loved people too much to eat them.

In Jellystone, Thurman envisions Jabberjaw as a boy crazy well-meaning shark whose tendency towards being larger than life sometimes puts her in some sticky situations. Thurman makes her so charming that she becomes one of the most relatable and fun characters. In addition to Jabberjaw, Thurman plays Squiddly Diddly and Dee Dee Sykes. BGN talked with Thurman over Zoom on March 4, 2022, about the role and her career up to this point.

BGN: What got you into comedy?

Niccole Thurman: I remember getting a taste of theater in 7th or 8th grade doing plays. Once I started doing it, I was on board. After going to theater school at the University of Kansas, I moved to Chicago. I wanted to be a straight theater actor and wasn’t planning on any kind of comedy.

Then, I had to choose between an internship at Steppenwolf, which is classic theater, and Second City which was comedy and improv. I ended up choosing Steppenwolf, but Second City was like, If you’re ever interested in taking a class, just work here a few hours a week, and you can take a free class. I thought, ‘why not?’ I took the class and was asked to audition. Since then, comedy is all I’ve been doing.

Wow, that’s quite a leap from being so shy because comedy takes so much vulnerability, especially when you’re writing as well. Do you ever get moments?

Oh yeah, but it teaches me to be okay with those moments where people don’t laugh. Knowing you’re going to find the comedy and learning to trust yourself and trust your classmates. It’s a challenge, but it’s one of those things where, when you’re on stage, you’re a different person, and you feel more comfortable.

I first became aware of you because of your social media presence during the pandemic. You really made an impact with your comedic videos. How has that transition been?

It’s been good for me! Honestly, it’s taken me into whole new worlds that I could never have really done, or that I didn’t realize I could be a part of. It started for me a little bit before the pandemic. I was on a show that got canceled and I wondered what was I going to do with a bunch of free time. So I started making little videos here and there. Social media can be draining, but it can also be a great tool for people to get their voice heard, no matter what their voice is.

I love that creators of color especially are getting bolder in these spaces.

As a Black woman, they might want to pigeonhole you in a certain way or relegate you to a certain type of role. But when you’re on social media, you can say whatever you want. You can play whatever you want. And people get to see the highlights of what you can do. The more I started tweeting, people saw my jokes, things were going viral, and people would reach out to me and be like, ‘are you interested in writing on this show?’. It was crazy. I feel more in control of my career and more versatile now.

I know that Jellystone was a good opportunity to flex your vocal acting skills, but what was it like to take over these iconic Hanna-Barbera characters like Jabberjaw?

Jabberjaw was the main one where I was putting myself into it. I‘m not super familiar with a lot of [the characters], so I just did a weird character. That’s what she sounded like in my head. And Squiddly Diddly was just another voice I do to make my mom and aunt laugh. I ended up doing three voices on the show, and all of them are so unique. It’s been just a really amazing experience.

Do you have a favorite scene or episode that sticks out to you?

It’s actually an episode for season 2 where Jabberjaw plays Lady Danger. The thing about Jabberjaw is that it’s one of those situations where you bring a lot to the character so then the writers start to kind of mold it towards what you’re bringing. I guess I was single at the time because Jabberjaw became very boy crazy, so in the Lady Danger episode she wants to get a kiss and she really loves El Kabong.

I love how boy crazy she is; high key relatable!

I think it’s so funny. She’s like, ‘y’all can all be my boyfriends!’ she’ll love on everybody!

Do you have anything coming up that we should look out for?

I’ve been working on a new show for Phoebe Robinson called Everything’s Trash, and it’s going to be a lot of fun.