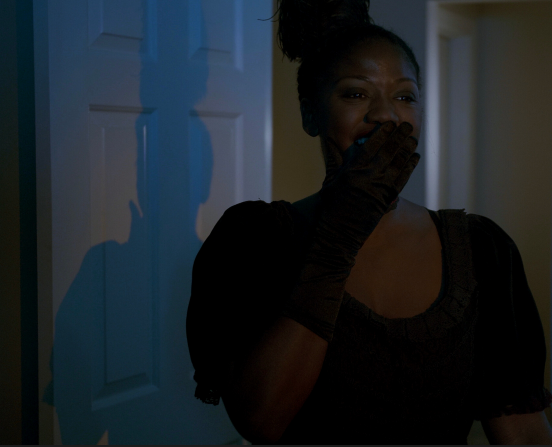 From emerging Black horror writer Britt Banks, comes a tale about slavery, black spirits, ghostlore, and hoodoo in the upcoming film Nightmares Are Dreams Too.

In this narrative, a former slave and hoodoo woman of the Benoit Plantation after visiting her former slave-masters, follow up on a failed six-year promise to build a new cabin for her family. Fast forward to 1994. The plantation is still in the hands of the slaveholders’ family.

The descendants of the former slaveholders adopt a precocious ten-year-old African-American girl who according to her foster mother, suffers from nightmares described as pure evil. The spirit of the hoodoo woman uses her nightmares to wreak havoc on the family and eventually possesses the child.

Banks is currently raising funds for her project via Kickstarter and shares why she’s going this route with her film:

“As a cinephile, and a descendant of those enslaved in the United States of America, I’ve often wondered why there aren’t more films that show my ancestors (on-screen) avenge the pure evil they endured, also known as slavery. Why is it rare to see a film about enslaved people fighting back and experiencing a glorious triumphant victory? It’s just a movie after all. We want to avoid losing creative and political control over OUR narrative. That’s where our film comes in.