While the media is going nuts over an ages-old network’s dry reboot of a working-class family, Netflix is building a neighborhood of family shows that mirrors what America actually looks like. On My Block joins One Day At A Time in centering the Latinx family experience and making a point that such experience has different faces. Netflix’s injection of a comedy set in a neighborhood where gangs, grandmas, and life’s issues intersect is just another look at how the Latinx families live in America. On My Block, not only provides a view of Latinx life, it closely mirrors the experience of growing up broke and brown in America, something that’s absent in Roseanne‘s Landford, IL.

The show follows a group of teens in their freshmen year of high school, as they try to navigate puberty, the politics of their world, and the burden of brown skin. It heaps on the drama but balances the seriousness with so much comedy that there is not time to get bored with the series. 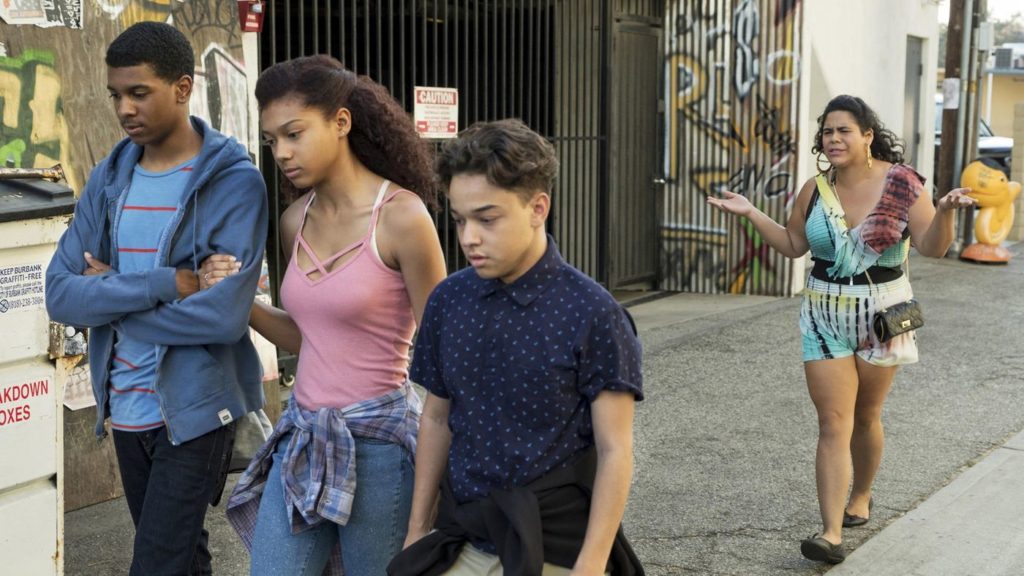 The first episode opens with Monse (Sierra Capri) coming home from camp to find a changed neighborhood. A rumor decrying her innocence turns out to be her buddy Cesar’s (Diego Tinoco) way of protecting her from a greater evil. Meanwhile, Monse and Cesar’s friends Ruby (Jason Genao) and Jamal (Brett Gray) are trying to figure out how to save one of their group from a dark life that ends with so many brown boys dead or in prison. These issues are real and faced by children in Latinx and Black communities every day. Monse’s story particularly drives home the dangers brown girls face while they are still clinging to their innocence. So many don’t have friends like Monse’s that can “claim” them before a bigger predator swoops in.

All that heaviness and tension is balanced by uproarious comedy often spearheaded by Jamal, Ruby, and occasional cohort Jasmine (Jessica Marie Garcia). They bring a dose of humor that is sprinkled throughout each episode and ends up being a well-needed counterweight to all that reality. It’s evident from Ruby’s sometimes overdramatic tendencies to his straight-man portrayals. It’s there when he sits the head of the local gang down for a formal business talk about freeing a friend from their service. The humor is definitely in his “quince monster” tirades that propels later episodes. Jamal’s physical humor is also important. It’s in his too-many-to-count football injuries obtained to avoid playing football and also his delirious conversations with a curvaceous lawn knome he liberates from a mentally ill garden shop owner. Jasmine adds a fresh burst of humor from her first appearance as Monse’s alternate friend (fallout from the rumor drama) with the loudmouth and laugh out loud lines and her seriously funny quince dance-off with Ruby. All three seem to balance the drama that Cesar, Monse, and Ruby’s play cousin Olivia (Ronnie Hawk) bring.

The only sore spot is when the humor attempts to wash away a little too much of the reality. The moment when one of the gang members is arrested should be tense. However, the boy ends up getting girlfriend advice from the white cop in a scene that’s a little too much for a show about the real brown folk’s experience. Particularly in that context of a police officer and a brown kid.

Similarly, the mentally ill garden shop owner Chivo’s gnome “friends” and desolate business is allowed to stay open. This rings false in today’s world when urban land mongers and the ever-present threaten of gentrification sop up the land and toss away their occupants the moment they show weakness.

These moments are overpowered by the Emmy-worthy episodes like the one where Cesar bonds with the man the whole neighborhood fears—his older brother Oscar (Julio Macias), also known as Spooky. There, we not only get a much-needed look at the Latinx brothers bonding, we also get a glimpse of how so many brown boys find themselves swept up by society and circumstance into a life of violence and eventual death or prison. A lighter episode comes as the balance of this one, where Spooky is trapped with goofballs Jamal, Ruby, and Jasmine, which allows Macias to play a lighter version of his character. 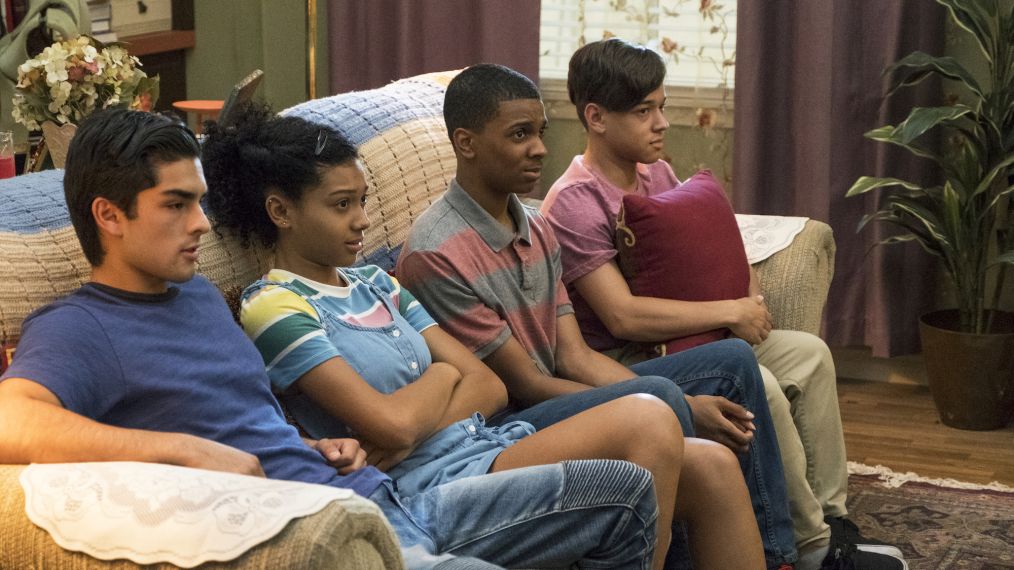 On My Block is the little off-network show that makes huge strides in opening the family comedy category to all slices of American life. So many of us come from places where the money is sparse, and hope is futile, however, our experience is in finding hope and making a living out of the dregs we’ve been given. On My Block features the true working-class America. It’s darker and has a lot more seasoning in it than the image the traditional networks are trying force.

Now, Netflix needs add the indigenous neighbors to the sitcom block. There are plenty of stories out there to choose from—if you clear your cache of Sherman Alexie.