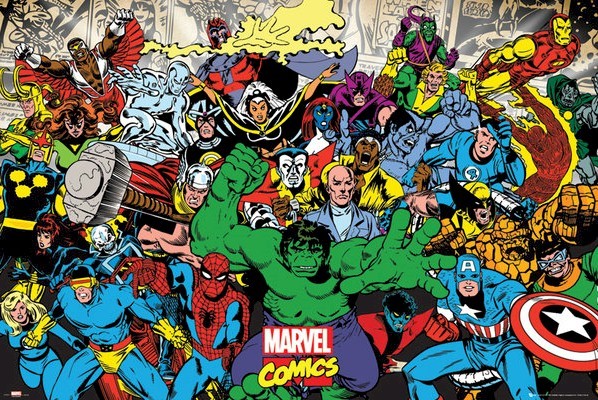 Before I picked up one of your comics, I thought superheroes were overrated. For years, I had gone along with the crowd and watched films like Sam Rami’s Spider-Man and the X-Men films while feeling totally uninterested. Some of the superpowers were cool, the characters felt cookie-cutter and were almost always white. Even though there was Halle Berry’s Storm and Anthony Mackie’s Falcon, they felt more like sidekicks than heroes.

Last year, I bought the first four volumes of the Ms. Marvel Kamala Khan comics on my birthday because blerd Twitter and the rest of the internet managed to convince me that she was awesome. Prior to my birthday, I had seen Kamala Khan punch Tonald Drump in fan art and readers singing the praises of her character. Initially, I was worried she wouldn’t live up to the hype or the money I spent, but thankfully that wasn’t the case.

As someone who rarely saw nerdy girls that looked like me growing up, Kamala Khan was the superhero I never knew I needed. I may not have been Pakistani-American, but I still had brown skin like Kamala. Seeing a brown-skinned girl doing nerdy things and geeking out while becoming a superhero gave me more joy than I ever thought possible. She reflected me because she looked like me and lived like me, with her race, gender, and religion affecting how she interacted with others and became a superhero.

After finishing all four volumes of Kamala Khan’s first story arc, I felt a part of me become more open to not only superhero comics, but American comics in general. I started borrowing comics from my library locally and through inter-library loan and paying more attention to comics news. By the end of the year, I had become a fan of American comics through a mix of mainstream and indie comics and had bought more Marvel titles that included Al Ewing’s The Ultimates and Kieron Gillen and Jamie Mckelvie’s Young Avengers.

This year, I have yet to buy any Marvel titles not only because of a lack of money, but because you’ve stomped on what I thought superheroes could be in a matter of months. Last year, you decided to reveal that Captain America, a superhero created by two Jewish men, was an agent for a Nazi organization named Hydra. Since then, you’ve created an entire event around Hydra Cap, stated that your lesbian superheroes are just “gal pals”, and decided to erase queer black women from the upcoming Black Panther movie.

On top of all that, you had the audacity to blame diversity as the reason why your comics aren’t selling. In case it isn’t already clear, diversity is the reason I bought your comics in the first places. Ms. Marvel gave me a nerdy woman of color, The Ultimates gave more superheroes of color, and the Young Avengers gave me queer superheroes. You made me realize that a queer woman of color like me could be a person and a superhero like Kamala Khan, Monica Rambeau, America Chavez, and Prodigy. Now, I’m worried for the fate of these characters under Secret Empire and yet another comic event called Generations.

A concern I have is that these events will impact comics that are actually doing a great job. Ms. Marvel’s Kamala Khan is written by a Muslim woman (G. Willow Wilson), Black Panther’s current run is written by a Black male writer, (Ta-Nehsi Coates) and America Chavez’s first solo comic is being written by a queer Latina writer (Gabby Rivera). In all the outrage about Hydra Cap and your other screw-ups, there have been people boycotting your comics and forgetting that you have comic book characters that actually need their support.

While I have been trade-waiting America Chavez’s solo comic since it was first announced, I may end up not buying it when it is finally released. Although part of me wants to support the character and the team working on the comic, part of me also wouldn’t feel right supporting a comic book company promoting discrimination and erasure on and off the page. For the love of my favorite characters and for the creators behind them, I ask that you consider doing some serious damage control.

If you want to keep me and others buying your comics, then I have suggestions for what you can do to get out of the hole you’ve dug yourself into. First, hire more marginalized creators, because they would breathe new life into your comics on the page and on the screen. Creators like Tee Franklin, Taneka Stotts, Jamal Campbell, and Eric Dean Seaton are just a few comic creators that have made great work and should have their talent known by the world.

Next, get rid of Hydra Cap and stop putting out comic events for a while. I don’t care if you have to create another alternate Marvel Universe named Earth 316-2 or flip a switch in Cap’s brain, but please get rid of Hydra Cap. As for the comic events, realize that superheroes are so much more interesting and less confusing when they aren’t fighting each other. Save the heroes versus heroes for your video games, and use new creators to make new storylines and bring in new readers.

Before I read your comics, I only read webcomics and Japanese manga because I thought superheroes were boring and that only straight white people could save the day. Now, I read about Kamala Khan or the Young Avengers when I need to escape or distract myself. Your world of superheroes is in danger of becoming the hateful, reality I read in the news every day. Take a page from the true superheroes you’ve created and save yourselves.