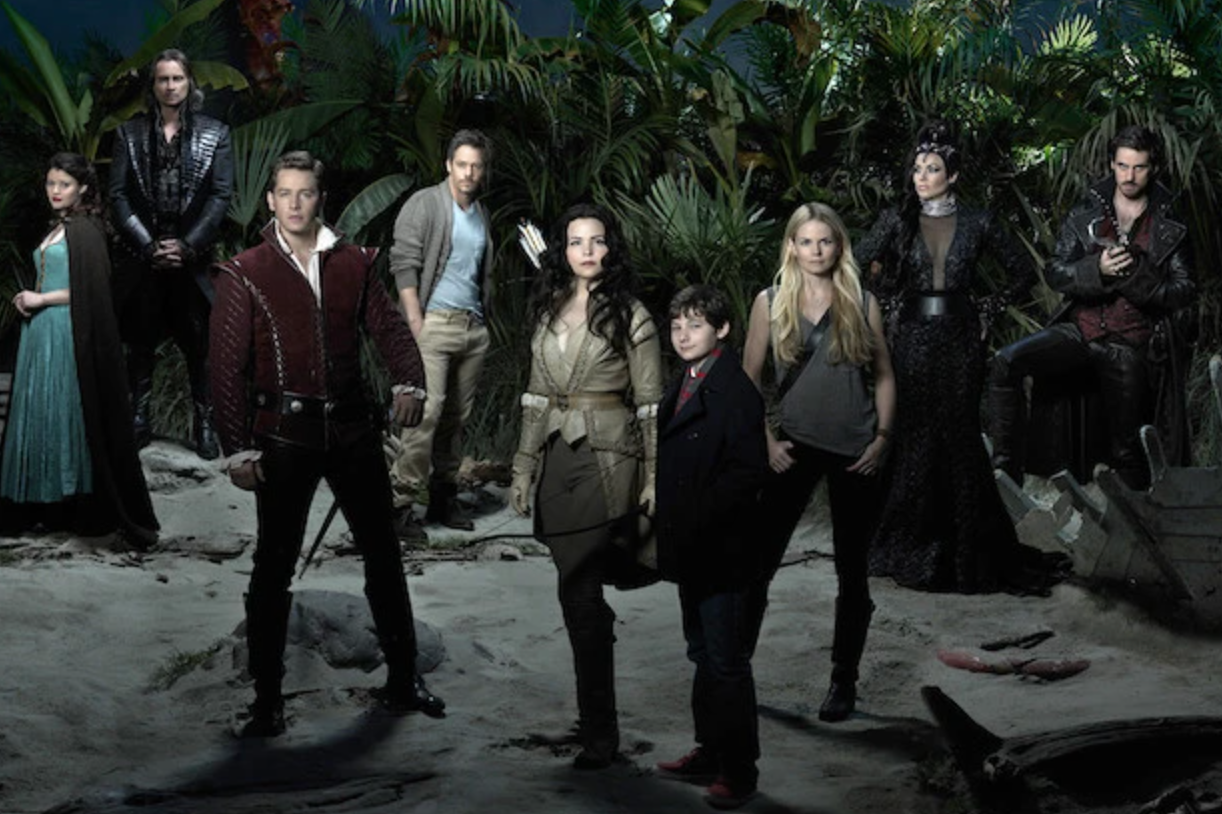 What a great episode to come back to after the Thanksgiving holiday. Once Upon a Time gave us a lot to think about and dissect this episode. While the main story may revolve around Rumple and Belle, I want to take a moment to discuss the real hero of this episode, Aladdin.

The story that everyone, including our heroes in Storybrooke, seems to glide right over is Jasmine, Aladdin, and the magic lamp. Aladdin made a life-altering sacrifice for Jasmine and the good of Agrabah. When Jasmine and Aladdin decided to rub the magic lamp in hopes of making a wish with a genie to return to Agrabah, the lamp was empty.

I was just as surprised as they were. To be honest, I was thinking and hoping that Jafar was in there. Aladdin mentions to the genie he knew was free, so chronologically based on the movies, I thought Jafar would have been turned into a genie by now. Jasmine was seriously bummed. Aladdin decided to put the cuffs on himself and grant Jasmine her wish. Jasmine didn’t seem too phased about Aladdin’s sacrifice.

Honestly, she could have urged him way more to not become a slave to her wishes. If Jasmine doesn’t see how much Aladdin secretly loves her after this grand gesture, then she doesn’t deserve him. I will abandon my fantasies of seeing a live version of the epic romance this season. Savior or not, Aladdin did not get the credit or screen time he deserved.

Belle also made a sacrifice, but one that was more inclined to have a long-term effect on her baby rather than herself. Sure, she will miss her son, but her baby will have a harder time growing up. Even though Rumple technically wasn’t the one who sped up Belle’s pregnancy, he still was to blame because it was his original plan. Who cares if he didn’t go through with it.

Rumple does not get any sympathy points from me at this point, even if his mother is a dark fairy who abandoned him for power. If you think about it, Rumple really pulled the short end of the stick in the gene pool. Not only is his father the wicked Peter Pan, but his mother is also a dark fairy. Rumple didn’t have a chance to be good. But, as I said, he still gets no sympathy from me at this point.

Zelena, on the other hand, totally got some sympathy from me. Regina’s hero act was something a cold-hearted ex-villain would enact. Maybe the darkness is still with Regina because the way she shot down Zelena was rough to watch.

I actually felt sorry for Zelena, who brought up a good point about heroes showing forgiveness and allowing redemption for change. What makes Regina think she is so special and that Zelena couldn’t produce the change that she has? As Regina pointed out, the Evil Queen has a hole in her heart that she is trying to fill with Rumple. I think Regina may have a hole in her heart that may bring about a dark path.

Saving someone doesn’t make you a hero. It’s the mentality that surrounds you as well. Snow is a great example of a hero who has the right attitude and saves people. Regina still has a way to go with the attitude part.

As much as it pained me to see Belle give up her child, it was the best course of action. I cannot say the same for Aladdin and his decision to become a genie. I was pained — it was not the best course. In other news, Emma found the sword that ultimately causes her death. It was a little bit of an anticlimactic moment. Emma thinks she is closer to finding out who her hooded killer is. I have my speculations on who it could be. How about you? Tune in next week for the winter finale of Once Upon a Time.