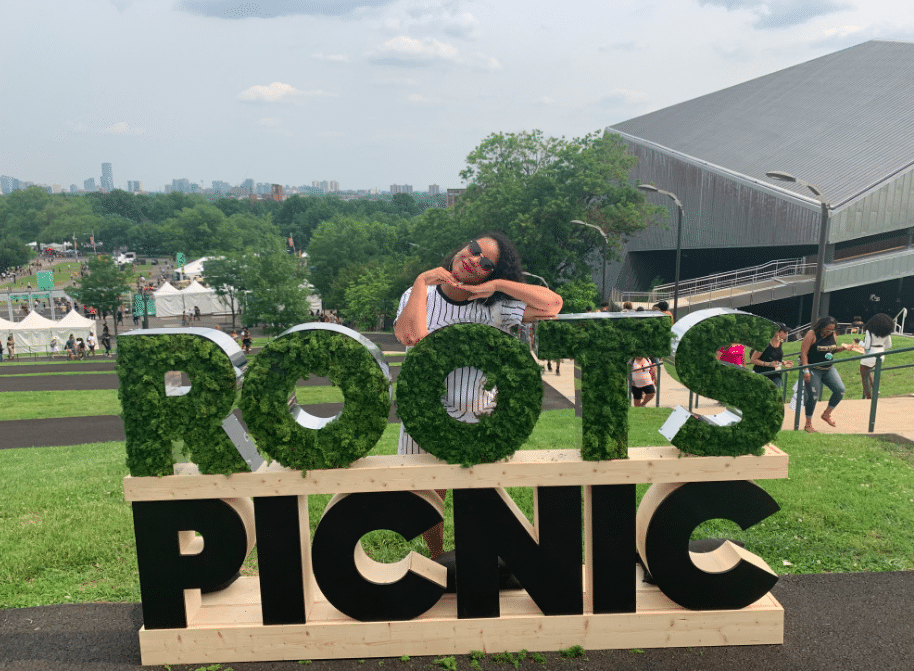 This year’s festival was a celebration of the 20th anniversary of headliners the Roots’ breakthrough album, Things Fall Apart.

A staple of summer, the Roots Picnic, which was previously held at the Festival Pier in Penn’s Landing, found a new home at the Mann Center in Fairmount Park. This year’s festival had the biggest turnout ever, totaling 25,000 attendees. The change of venue really amped up the experience, creating a true hometown cookout aesthetic. Questlove, drummer/frontman of the Roots, quipped via Instagram, “Literally, greener pastures!” Festival-goers were treated to arts, gaming, panel discussions, podcasts, amazing food, and, of course, the best live music. 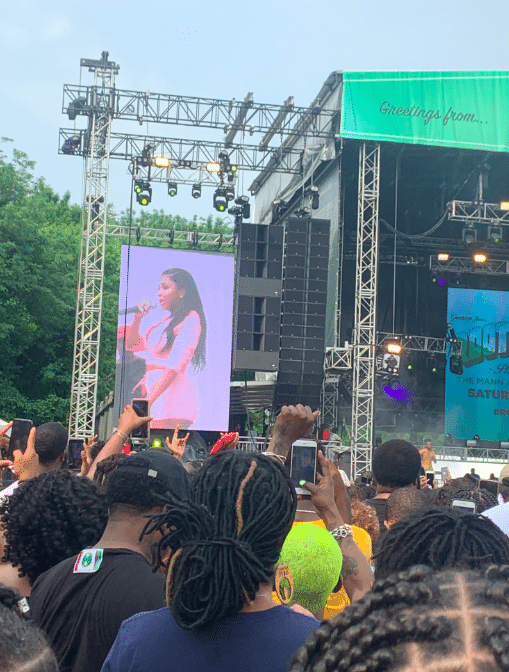 The festival sprawled over Fairmount Park with three stages: the Fairmont Park Stage for the larger audiences; the Mann Stage, which is a traditional amphitheater; and the Cricket Stage for panelists and podcasts. Throughout the park, there were beverage stations to get your drink on, food trucks, arts and crafts, and gaming. There were also several photo ops for attendees, the most popular being a giant Patron bottle and the Roots Picnic art installation overlooking the Philadelphia skyline.

The Roots Picnic kicked off at noon with up-and-coming artists such as songstress Asiahn, hip-hop artist Tobe Nwigwe, and shea-butter goddess Ari Lennox. Festival-goers were also treated to podcasts from the Originals, DJ R-Tistic, and the Read early on in the day. 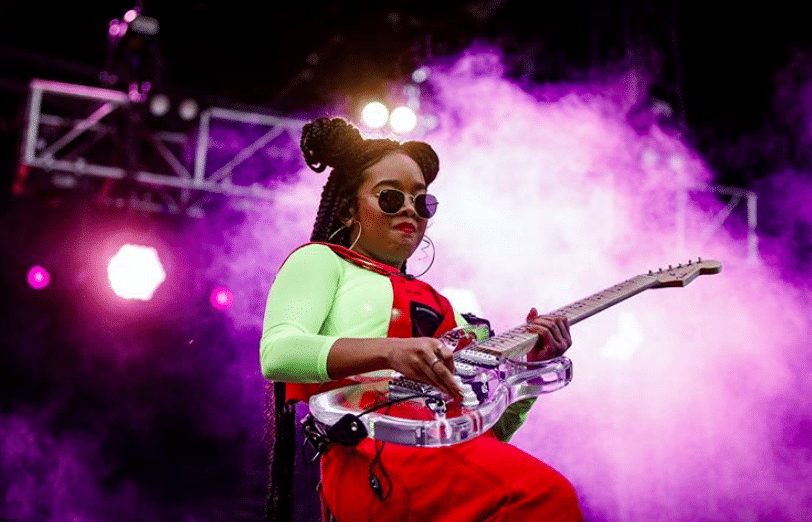 One of my favorite performances of the day was City Girls. I found that many attendees of the female variety were super excited to see City Girls perform. Yung Miami, half of the rapping duo, came onto the stage in a cute pink hoodie and shorts combo. She shouted out her bandmate, JT, who is currently serving a two-year sentence in prison. JT would be proud to see her girl holding it down for City Girls as she twerked to their ratchet anthem, “Act Up.” Every girl in the crowd was twerking right along with Yung Miami and knew every word by heart. Rapper Lil Baby came on soon after, and it was the guys’ turn to bop along to his hits including, “Pure Cocaine” and “Indeed.”

We were later treated to a performance by 21 Savage, who was recently released from ICE custody in a highly publicized immigration case. It was nice to see the Atlanta-based rapper shaking it off and performing for an adoring crowd. Unfortunately, his “lit” set was interrupted by a stampede of attendees. During his set, a fight broke out and someone thought they spotted a gun. Panic quickly spread throughout the audience, and a wall of people fled the stage towards the exit. I was in the thick of the chaos and felt like Simba in Lion King when the sea of wildebeests fled into the gorge. Luckily, no one in my party was injured, but five attendees were hospitalized following the ensuing mayhem. The gun scare turned out to be a false alarm, and within an hour the festival resumed. 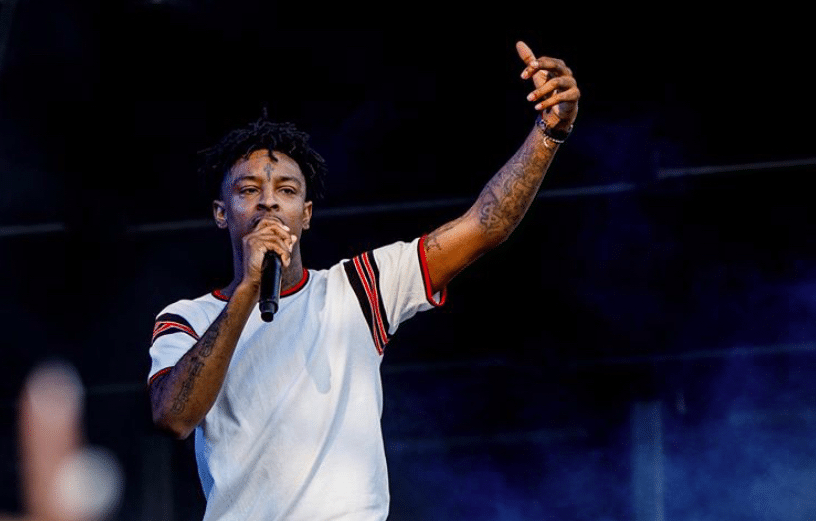 The party continued as DJ Diamond Kuts came out between sets to hype up the crowd. The festival really felt like a picnic as Beyoncé’s cover of “Before I Let Go” played and we all fell into the electric slide with not a care in the world. At one point, a beach ball was tossed into the crowd, and the gun scare was soon forgotten altogether.

After DJ Diamond Kuts’s set, H.E.R. graced the Fairmount Park Stage with her beautiful vocals. Her performance was one of the most anticipated acts of the entire festival. H.E.R. was a vision, fresh off her two-time Grammy win at the tender age of 21. She is a multi-talented, multi-faceted artist, and she cast a spell over the entire audience. Whether she was crooning, playing the piano, or jamming away on her electric guitar, she captivated us all. I spotted Joe Budden enjoying her set before he went off to his own podcast on the Cricket Stage. H.E.R. performed her hit songs “Focus” and “Best Part,” encouraging the audience to sing along. She even debuted some new music. H.E.R., in one word, was perfection. I look forward to seeing more of her in the future. 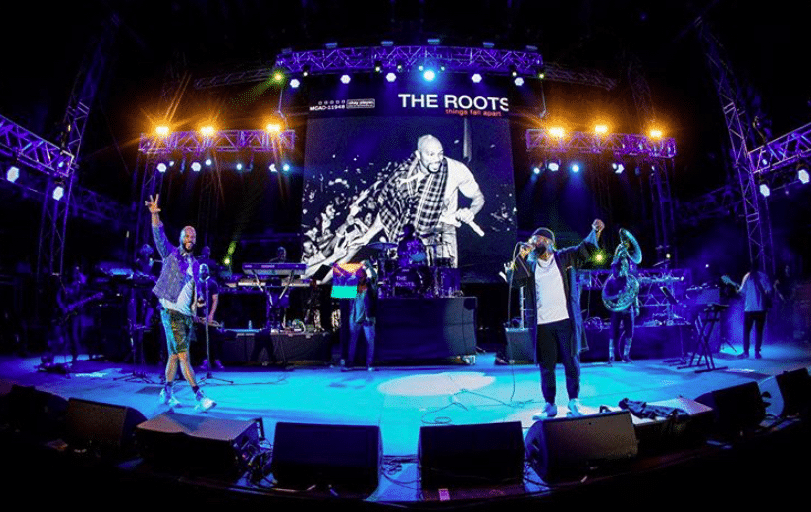 As the night drew to a close, local legend Freeway was honored before the Roots came on. Due to his community work and health initiative in the city, June 1 is officially Philadelphia Freeway Day. The crowd cheered for their local hero.

The Roots finally graced the stage. The lights went down, and soft, pulsating music played as a poet performed powerful spoken word. Visuals on the screen showed oppressed people of color as she spoke about the struggles of our community, specifically Black women. It was a sobering moment, and I felt the impact of her words. As the poet left the stage to loud applause, Black Thought co-frontman and MC jumped up and the most epic jam session began. We rocked along to the pulsating beat of Questlove’s drums and nodded our head as Black Thought spit lyrical greatness. Midway into their performances, attendees were surprised by special guests Mos Def and Jill Scott, aka Jilly from Philly. It was a spectacular ending to an amazing day. 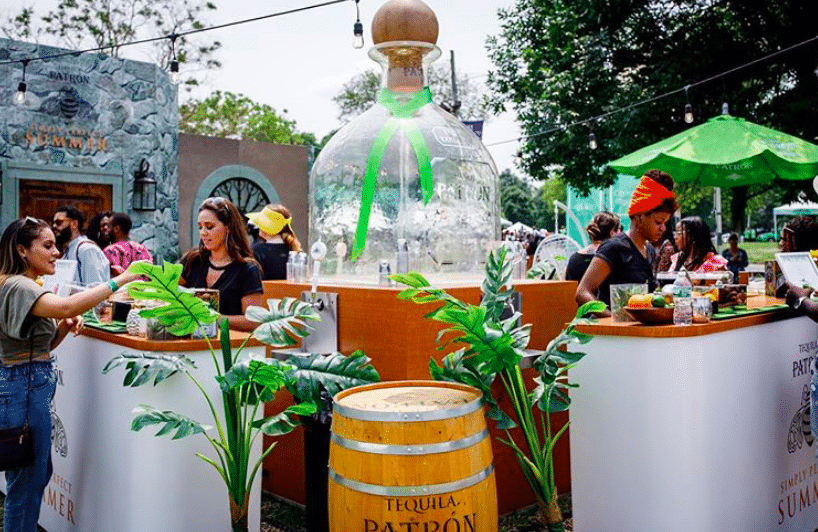 The Roots Picnic will return next year, and there’s no doubt that it will be the hottest tickets in town. The new venue at the Mann Center and its greener pastures make the event well worth the price of admission. Despite the disruption, promoters and staff were able to go on with the show. I consider this year’s festival a rousing success. Here’s to hoping next year is even better.

If you want to hear a more in-depth breakdown of the Roots Picnic along with performances, take a listen to our podcast here.

H.E.R., KYLE and the Team Behind ‘We The People’ Speak on Politics in Musical Form