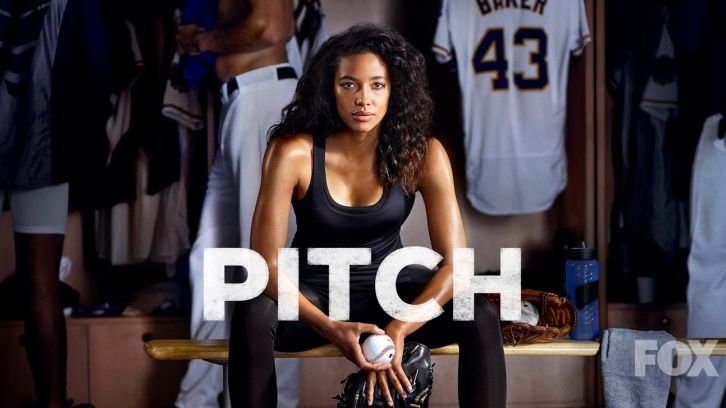 By: Kelci and Sabrina from the fan group @PitchStreetTeam

For the past six months, fans of the critically acclaimed show, Pitch have been campaigning to ensure that the show would come back on the air in the fall. Starting in January and every month afterward we held different campaign activities to get the attention of network executives at Fox. These efforts included a fan video, sending special postcards, and Twitter trends. Unfortunately, those pleas to save the show about the fictional first woman in Major League Baseball fell on deaf ears over at Fox.

Ginny Baker is the epitome of Black Girl Magic and the protagonist that so many of us need. She is talented, flawed, and at times even struggled with imposter syndrome ( so she was basically every millennial we know). She made a big impact on so many fans in her short ten-episode run. Many of us couldn’t have cared less about baseball before Ginny Baker. Fox decided to cancel the show early in May, but that didn’t deter the staunch fans of the show.

For the past six weeks, fans have been trying to get an SVOD platform, Hulu especially, to take interest in picking up the show. Hulu has aggressively been expanding their original content library each year which makes it beyond a perfect new home for Pitch. Led by the Pitch Street Team (you can find us on Twitter @PitchStreetTeam) fans have been sending postcards, letters, and tweeting Hulu asking them to #PickUpPitch.

On Friday, June 9 2017, the Senior VP Head of Content for Hulu will be at ATX Festival along with the showrunner, EP, and Creator of Pitch. Fans are hoping to inspire a conversation with one big final push and a Twitter trend! We are asking that you join us at 12:00pm PST/2pm FoxCentral/3pm EST as we tweet Hulu asking them to #PickUpPitch. Every tweet counts! Ginny Baker is too important of a character and influencer to fall by the wayside.

Hopefully, we can make enough noise to get Hulu interested in keeping her in the game on a platform that will appreciate the brilliance of Pitch!

We hope to see you on the field,