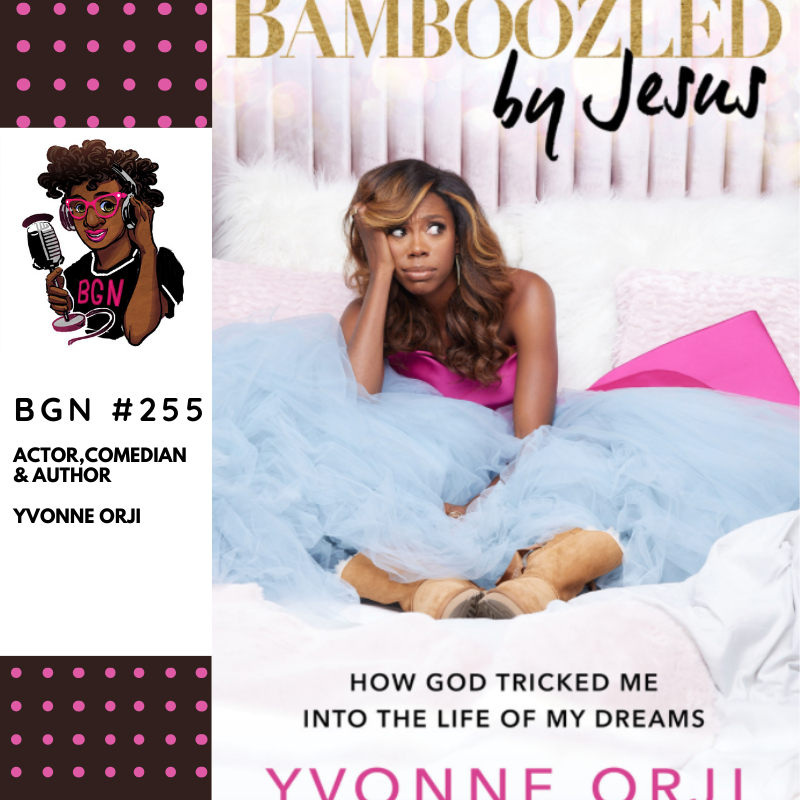 In this week’s episode of the Black Girl Nerds podcast, we welcome  Emmy-nominated actor, comedian, and author Yvonne Orji.

On television, she stars in HBO’s critically acclaimed comedy series Insecure. A distinguished standup comedian, Yvonne previously opened for Chris Rock on various stops of his Total Blackout Tour and headlined her first comedy tour, Lagos To Laurel, at the top of 2020. She subsequently debuted her first one-hour HBO standup special, Momma, I Made It!, in June 2020. Earlier this year, Orji released her faith-based advice book, Bamboozled by Jesus: How God Tricked Me Into the Life of My Dreams, and can currently be seen in the Hulu film Vacation Friends, alongside Lil Rel and John Cena.

In September 2018, Yvonne made her feature film debut in Universal’s Night School alongside Kevin Hart and Tiffany Haddish. She is also the co-host of the podcast Jesus & Jollof alongside Luvvie Ajayi. Outside of her creative work, Orji is dedicated to her charitable efforts. In 2008 she spent six months working in post-conflict Liberia with Population Services International (PSI), an NGO that utilizes social marketing in the adoption of healthy behaviors. While in Liberia, she worked with a group of talented youth to help build a mentoring program as well as a weekly talk show that helped educate and prevent teen pregnancy and HIV/AIDS. Orji has brought her work with the youth community back to the states, where she is currently involved with (RED) campaigns and faith-based youth ministries. Before moving to Los Angeles, Yvonne earned a Bachelor’s degree in Sociology and a Masters of Public Health from George Washington University.

ALSO READ
Welcome to Episode 5 of the #DragonsYall Recap Podcast!