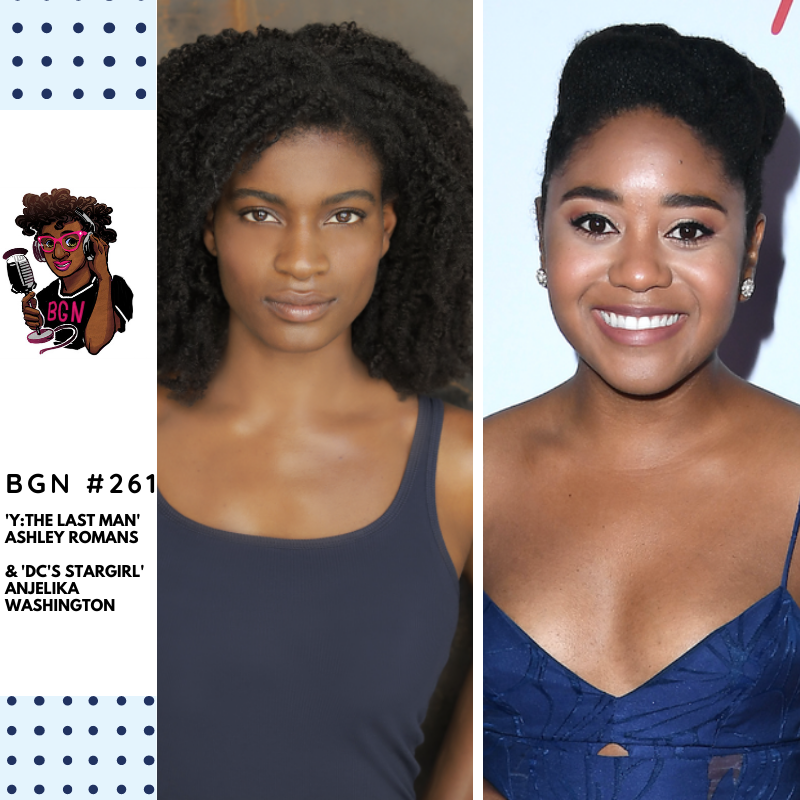 In this 2-part episode of the BGN Podcast, we welcome DC Comics superstars Ashley Romans and Anjelika Washington.

Ashley Romans stars as Agent 355 in the FX/Hulu series Y: The Last Man.  A drama series based on DC Comics’ acclaimed series of the same name by Brian K. Vaughan and Pia Guerra, Y: The Last Man traverses a post-apocalyptic world in which a cataclysmic event kills every mammal with a Y chromosome except for one cisgender man and his pet monkey. The series follows the survivors in this new world as they struggle with their efforts to restore what was lost and the opportunity to build something better.

Anjelika Washington stars as Beth Chapel/Dr. Mid-Nite in the CW series DC’s Stargirl. The story follows high school sophomore Courtney Whitmore and her stepfather Pat Dugan as she leads an unlikely group of young heroes to take on the legacy of DC’s very first superhero team, the Justice Society of America. In the thrilling second season, Courtney and her friends take on one of the most frightening adversaries in DC’s mythology – the dark entity of corruption known as Eclipso.

The Truth about Ashley Romans, aka Agent 355

Anjelika Washington Is On The Rise: From ‘Tall Girl’ to ‘Stargirl’