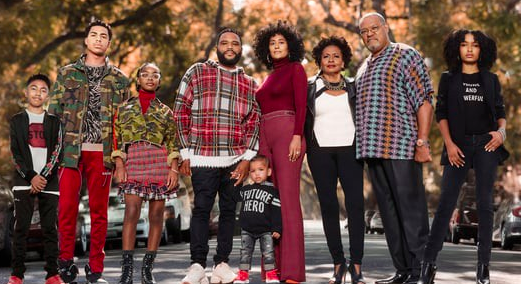 With the formation of an African-American middle class came the development of predominantly Black social organizations and leagues.

From fraternities to social clubs, African-Americans have always found a way to gather in honor of making a difference. But sometimes clubs and leagues don’t allow everyone. A sentiment that ABC’s black-ish tackles in season 6 episode 5 titled “Mad and Bougie.” The term bougie comes from the French term bourgeois, which means upper-middle class. As more Black Americans took on professional roles, our numbers grew in the classroom. We formed fraternities on campus, started to meet up to volunteer on weekends, and quickly founded organizations that would leave a lasting legacy on the cultural fabric of the United States. The oldest and longest-standing Black fraternity in the country is The Boule. “Mad and Bougie” pokes fun at The Boule when the show’s protagonist, Andre, runs into a member of the Premiere Noir at the local farmer’s market while shopping for tarragon.

He is offered an invite to the Premiere Noir, which is an organization for educated Black families. The member hands him a black card, and sports a bright pink polo, a cashmere sweater, and a chestnut brown watch. He invites Dre and his entire family to a barbeque at his house. Despite the fact that Dre was raised in Compton, he has finally been invited to schmooze with America’s Black elite.

Dre may have been raised in Compton, but now he’s a big-time executive at Stephens and Lido. He’s made his way from barely making it by to cushy suburban life. He’s married to a doctor named Rainbow and has four beautiful children. He wants his children to experience everything he didn’t. He wants them to be exposed to Black culture, beyond courtside seats and watching the latest Madea films. After he is invited to the Premiere Noir, he comes home with soul food from Compton as an action to remember where he came from. His kids don’t seem to care, and are more excited about the prospect of hanging with the Black rich and famous. The fictional organization Premiere Noir represents a combination of several Black social leagues. It highlights the ways of Jack and Jill of America, as Rainbow struggles to juggle her role as a working woman while following strict bylaws as a Premiere Noir mother.

The image of Andre and his Premiere Noir brothers on the golf course dressed in pastels and plaid shorts is the spitting image of The Boule. Watching Rainbow and other women dressed to their best while drinking white wine says something about The Links, Inc. Premiere Noir is an elitist organization, and the members are fully aware of their elitism. But their elitism stems from not being allowed to join other organizations when white Americans did not allow black people to join white social clubs and leagues. Premiere Noir represents the men and women of the educated, sophisticated and melanated upper-middle class. From the clothes to the after school activities and luncheons, Premiere Noir demands that its participants bring excellence to the table. Like real black social clubs and organizations, Premiere Noir stresses the importance of following strict guidelines, also known as by-laws.

Most black organizations follow a set of guidelines, with no exceptions. Rules can be as absurd as having to vote on what color chaperones wear to a teen dance, or how many bouquets of flowers will be at the next luncheon. Regardless, these rules are set in place because members stress the notion of choice. Black people were denied choice for so long, that having the option to be picky carries weight. In organizations like the fictional Premiere Noir, being adherent to the bylaws is a way to show respect to the brothers and sisters who paved the way to create the organization in the first place. Many organizations have members address each other as “sister” and “brother,” and may even go as far as to run a sister or brother newsletter. But for someone who didn’t grow up in this rarefied social scene, it can be hard not to find the rules ridiculous.

Dre enjoyed the luxuries of being in a league of educated Black men. The perks were obvious. He got to complain about being the only Black man at a business meeting. He noticed the members dressed and spoke the same way as he did, and felt the same pressures about raising their kids in specific neighborhoods. His kids finally had Black peers who could understand their desire to find a sense of identity as educated Black youths in a white world. And his wife, Rainbow, had found a group of Black female professionals who could relate to her need to find a balance between work and exposing her children to elements of Black culture. But to Dre, the pressure to sacrifice his roots wasn’t worth the privilege of becoming part of the Premiere Noir. The takeaway of season 6 episode 5 of black-ish is that in order to “be somebody” you don’t need a pin or acceptance letter from a club or organization. Whether you’re from Compton, California, or Greenwich, Connecticut, being yourself should be enough the moment you get introduced to a new crowd, whether or not your family has a legacy in The Links, The Boule or Jack and Jill.