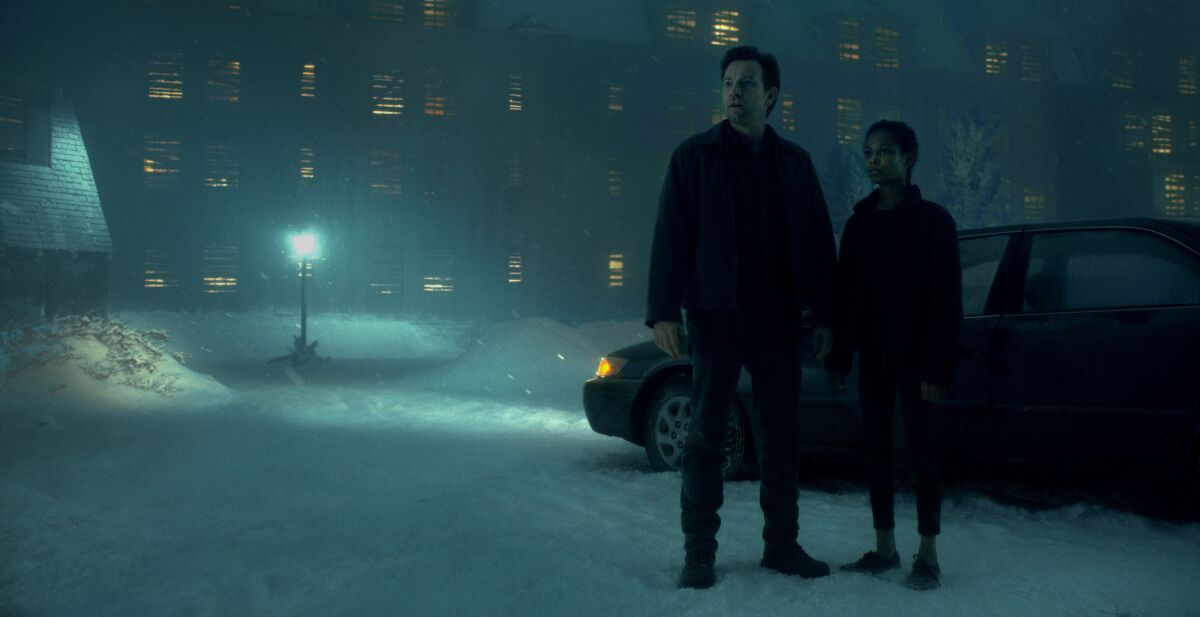 ‘Tis the season for wintry content, and what a great time to enjoy some spine-tingling thrillers filled with murder mysteries, ghosts, vampires, and serial killers.

Here are six winter-centric tales that bring you thrills and chills.

Kicking off the list is a film that hasn’t been talked about nearly enough, though its recent arrival on Netflix currently has it in the top ten. Denis Villeneuve’s Prisoners stars Hugh Jackman as Keller Dover, a father unraveling after the abduction of his daughter and her friend on Thanksgiving. Though Jake Gyllenhaal’s Detective Loki is assigned to the case, Dover leads his own investigation, eventually leading to a violent confrontation with Alex, the main suspect, expertly portrayed by Paul Dano.

A story about missing children around the holidays is certainly a grim one. It’s an emotionally brutal film with a star-studded cast including Viola Davis, Maria Bello, Terrence Howard, and Melissa Leo. It’s surprising, stressful, and incredibly compelling.

Mariama Diallo’s Master is a uniquely claustrophobic Black-led horror film that delves into the supernatural but focuses on the much more terrifying reality of racism. Recently promoted Gail Bishop (Regina Hall) and new student Jasmine Moore (Zoe Renee) struggle to navigate their way around the elite Ancaster University — not because the work is difficult but because they’re isolated despite being surrounded by nearly all white people. The New England campus is a world of its own, a world full of unrelenting microaggressions and performative advocacy. With its understated dark academia aesthetic and frigid atmosphere, Master is a quiet thriller sure to at the very least make you uneasy. It’s the slowest of burns, which isn’t for everyone, but fans of House of the Devil or The Shining will enjoy its simplicity and classic horror vibes.

Where to watch: Prime Video

This past year has been filled to the brim with true crime TV shows, films, and documentaries, several of which were controversial or just plain bad. The Good Nurse stands out as a well-made and respectful dramatization of Charles Cullen (Eddie Redmayne), the real-life serial killer who admitted to killing at least 40 patients during his 16-year nursing career. But instead of focusing on the grisly details or the psychology of a murderer, the film centers on the hero of the story: Amy Loughren (Jessica Chastain), Cullen’s former close friend and co-worker. Since what we see is mostly from her point of view, the actual murders don’t play out on screen. It’s rare for a true crime retelling to (successfully) avoid sensationalism in favor of something simple yet effective. Though the film is set during winter in New Jersey, the real chills come from Redmayne’s performance and the hospital’s incredibly bleak atmosphere.

Mike Flanagan’s Doctor Sleep is a sequel to Stanley Kubrick’s adaptation of The Shining and Stephen King’s original novel. The deeply traumatized adult Dan Torrance (Ewan McGregor) struggles with alcoholism, like his father. Addiction is a topic Flanagan handles very well (see: The Haunting of Hill House and Midnight Mass). When Dan telepathically connects with fellow shiner Abra Stone (Kyliegh Curran), she tells him about a boy she thinks was murdered. They team up to stop the child-killing immortal cult the True Knot, led by the stunningly beautiful and menacing Rose the Hat (Rebecca Ferguson). The three leads are each captivating in their respective stories, and when they come together for a showdown at the snowy Overlook Hotel, it’s pretty epic.

Vampires are the ultimate gothic creatures and are usually portrayed as vicious, sexy, and moody. If you’re familiar with the original Swedish novel by ​​John Ajvide Lindqvist, or Tomas Alfredson’s Swedish film, or maybe its American remake, you’ll know that Let the Right One In is an unconventional, melancholic vampire tale centered on two lonely kids becoming friends. Mark Kane (Demián Bichir) and his vampiric daughter Eleanor (Madison Taylor Baez) have lived under the radar since she was bitten years before, leaving her frozen at 12 years old. Mark spends his days and nights hunting for blood, ensuring Ellie is sated enough not to kill anyone. They move into a new apartment in New York City where they meet Naomi Cole (Anika Noni Rose) and her son Isaiah (Ian Foreman). Isaiah is Ellie’s age, or at least the age she looks, loves magic tricks, and, like the boys in other adaptations, gets bullied at school. This television adaptation is just as eerie and heartbreaking as the novel and films before it, filled with many emotionally charged moments, especially between parents and their children.

David Lynch’s murder mystery definitely gives off autumn vibes, but winter is the perfect time to revisit the series leading up to Twin Peaks Day on February 24, the day Special Agent Dale Cooper (Kyle MacLachlan) arrives in town to investigate the death of Laura Palmer (Sheryl Lee). The atmosphere is already chilly with a murderer on the loose and a teenage girl wrapped in plastic, but February weather in Washington State warrants many fabulous 1990s sweaters. Nearly everywhere is heavily wood-paneled, though the Great Northern Hotel might win for the coziest place in the town. Snuggle up in your own sweater, have some coffee and cherry pie, and join Agent Cooper and all the eccentric Twin Peaks residents to find out who killed Laura Palmer.

Cult Classics: Revisiting the Tragedy of Laura Palmer in ‘Twin Peaks: Fire Walk with Me’