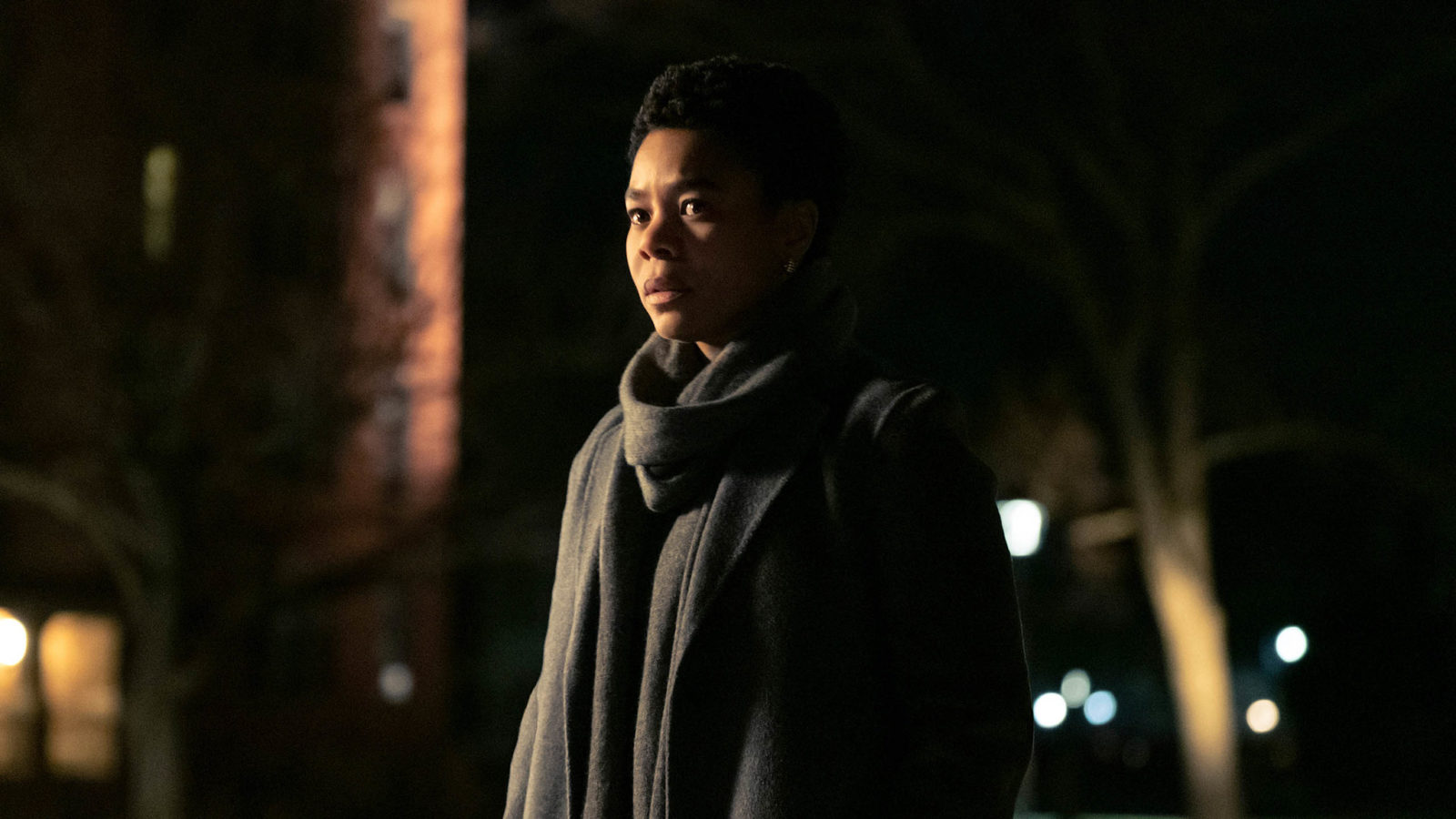 Master explores the cult-like, predominately white academia experience from the perspective of three Black women trying to make space for themselves. Writer-director Mariama Diallo expertly crafts an eerie, dark academia aesthetic that’s both scary and alluring. It may look nice, but there’s something lurking beneath the surface.

The accomplished Gail Bishop (Regina Hall) is the first Black female “Master” at the prestigious Harvard-like Ancaster College. Though she’s made history by obtaining this position of power, she’s still not respected the way she should be. She moves into a new home on campus that matches the gothic, ivy covered buildings of the school. Naturally, a house this old house is too beautiful not to be haunted.

Jasmine Moore (Zoe Renee) comes to college excited, confident, and a little timid. It doesn’t take long for the white students to alienate her, but they do it in that tricky way where Jasmine seems like a part of their friend group, but she’s casually disrespected. There’s an inherent “otherness” she feels as a young Black woman among mostly white students. It also doesn’t help that she’s moved into “the room,” a supposedly cursed dorm space with a history of suicides.

Gail and Jasmine move into their separate haunted spaces, and each have terrifying visions. With Jasmine’s history of sleepwalking, it’s hard to tell what’s real and what is a nightmare (though the difference between the two are slim). Gail seems less vulnerable to unusual occurrences given her calm, cool, and collected demeanor.

Gail’s closest (or only) friend on campus is literature professor Liv Beckman (Amber Gray). Liv is the outspoken professor on campus. Students love her, but she has a complicated relationship with Jasmine from the start. Like Jasmine, it’s hard to tell whether the professor has it out for her for an unknown reason or if maybe it’s all in her head.

All three women are made to feel inferior by their white peers. Jasmine and Gail in particular are always being gawked at whether it’s at a party or just walking to class. As a viewer, you can’t help but feel claustrophobic seeing eyes following their every move. It’s a special kind of awkward to be the only POC in a room. We see the tiring yet familiar microaggressions the women endure on a daily basis. Hall, Renee, and Gray play characters who are noticeably different in behavior but are united by this ugly, isolating thing called racism. There’s an expectation for them to instantly form a bond out of understanding and desire to protect one another, but that notion itself is problematic.

I do wish that Gail had more characterization. We spend the majority of the film with her. However, we really don’t know much about her. She’s obviously more conservative than Liv in style and language. When it comes to Jasmine, Gail is a confidant who truly does want to help. The college prefers to make headlines for diversity inclusiveness rather than investigate what’s going on within its walls.

Even though it’s a ghost story, the real horror occurs in the characters’ day-to-day. There’s a scene where Jasmine is dancing at a party surrounded by white students confidently rapping along to a song. And they’re not the type to skip over the n-word either. Seeing them shout the slur — not at her, but all around her — is one of the more disturbing moments in the film.

A film like Master could easily be a drama/thriller, or sadly, a documentary. Horror is the best genre for this story to live because racism itself is horrifying. The dehumanization these women face at this school is very much like living in a horror movie. Diallo’s choice of genre is freeing, allowing her to toe the line between brutal reality and a supernatural mystery.

Master is an atmospheric horror film reminiscent of classic 1970s and ‘80s genre films like The Shining, with lingering camera movements. It’s definitely a slow burn, and anyone looking for gore will be unsated. Master has a consistently unnerving tone in an otherwise beautifully dark setting. There are brief moments of comfort, but any feeling of safety is short lived. When the characters’ living spaces are invaded, we realize that these experiences, fears, and realities are inescapable. The film will leave you with many questions, none of which really need to be answered.