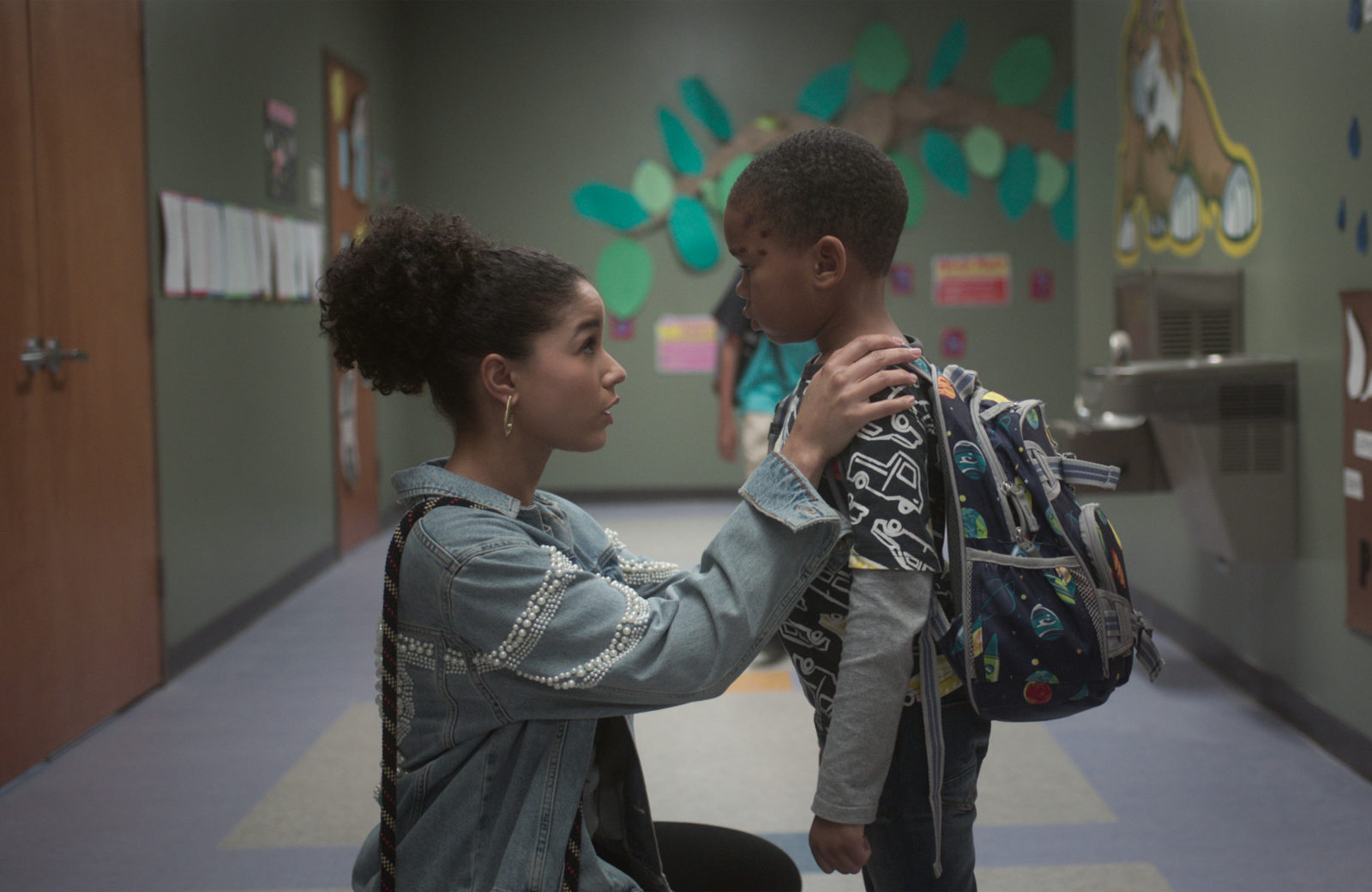 In this week’s recap of Raising Dion, we review episode 3 also known as issue #103: “Watch Man”.

As a Godparent, I would be freaking out after almost watching him die but Pat is trying to get Dion to play with his Star Wars toys telekinetically. He achieves it but Dion loses control a bit. Nicole is still upset and wants to control the powers while Pat finds this cool. Dion expresses his want of Pat as his mentor, considering he is a scientist and nerd, and Nicole isn’t completely ready for this madness.

A small emotional breakdown, sparks a conversation between Pat and Nicole on Dion being normal and finding a tool/item to focus on all his energy. This could sound similar to some parents. Nicole brings out Mark’s old watch and tells Dion that this will help him get his powers in control. A quick test of mind over Twix has Dion proving that he can go to school by curbing his crave for chocolate by not having it float to him. Dion’s Black male teacher, Mr. Fry, gives a lesson on science and robotics prompting the students to figure out their science projects.

Dion is tested when a kid from his class takes his watch away from him which leads to Dion accidentally using his powers to get it back, causing the kid to get hurt. A teacher automatically assumes Dion is lying about the watch because there is no way a kid like him could own such a watch and takes him inside. Nicole is at the school office filling out volunteer papers when Dion is brought in. She confronts the teacher who clearly has a problem with Dion. Mr. Fry steps in and talks to both boys to gets the truth. Thankfully. The situation has Dion questioning why the teacher, Mr. Campbell, didn’t believe him. Sometimes these talks have to happen early in life…there are just some people who think the worse of Black boys, no matter their age.

A call to condescending sister Kat gives Nicole that push she needs to have that talk with Dion. We find out that the kid that has a problem with Dion is named Johnathon and he is a bit jealous of Dion. Nicole receives a call from the strange Charlotte to meet up. Call me curious. Pat attempts to get in on the research project that Mark was conducting but with no success. I think that is for the best considering there are black vans outside of his building office. Black vans always equal evil.

Nicole arrives at a park looking for Charlotte who tells her to go behind a building to talk. All my radars are going off as they continue their conversation on the phone before Charlotte miraculously appears out of nowhere. Back at school Dion deals with the skater boy bullies before Pat arrives and saves him. Pat encourages Dion to play basketball with Malik and his friends. I smell trouble, especially when Pat calls himself an old head. Back at the park, Charlotte tells Nicole about her experience in Iceland and the sky exploding with colors then sometime later her powers appear and Mark reaches out to her. Charlotte claims that Mark was going through the same thing, showcasing powers and that’s why Dion has powers.

At the basketball court, Pat foolishly tries to get Dion to use his powers on the court without people realizing it. Dion focuses and sinks every basket he shoots, undetected by everyone around him. Nicole is freaking out at the possibility of Mark having powers and brings up how Mark appeared to her during a storm which freaks out Charlotte who states that “the thing in the storm killed Mark and is after her too”. Later, Nicole reveals to Pat how Mark got his powers at the event in Iceland but Pat was there too but didn’t get any powers.

As we prepare for bed we are hit with one of the most important conversations one will need to have with their Black kids in regards to racial discrimination. Nicole gives sound advice on how to deal with it even though we all wish we didn’t need to have this talk.

Right before she sleeps, Charlotte gifts Nicole with a video of the thing inside the storm. A being made of lightning? I was hoping for a jump scare but I’m still curious.

Dion dealing with racial discrimination at such a young age is hard to watch but it is a conversation that is needed. He was lucky to have his mom and Black male teacher, Mr. Fry, there to assist. Can I also commend casting for bringing in a Black male role model to not only Dion but the world? I didn’t grow up seeing a Black male teacher in real life or on tv. I honestly think that Nicole handled that well. So, Charlotte is quite straightforward, almost rude but she lets us know that Mark has powers like Dion which explains where Dion inherited them from. Whatever that thing is that is made out of lightning, Nicole and Pat will need to be careful. A big villain to our mini superhero.

Big props for getting a little handle on his powers right away. His want and desire to be at school really overpowered his want for candy. I know that boys don’t like to hang out with girls a lot at his age but Esperanza is the friend he needs in his life. I think they will get close later.