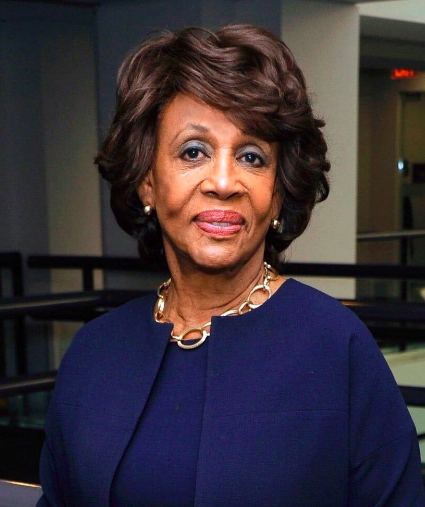 Tyler Perry owns a 330-acre movie studio that is larger than Warner Bros, Disney and Paramount combined and now has a Congressional supporter — Rep. Maxine Waters.

A representative of California’s 43rd congressional district, Maxine Waters has been on the forefront of diversity and Black entrepreneurship. BGN had the opportunity to interview her and other members of the Congressional Black Caucus last year.

Waters wrote a letter of commendation to Tyler Perry, following the grand opening of Tyler Perry Studios, which Congresswoman Waters attended in Atlanta. Her letter follows:

To one of the most brilliant visionaries and savvy creators the world has ever known, Tyler Perry,

I am in awe of your talent, foresight, and ingenuity. Not only have you made history as the first African American to own a major movie studio, but in doing so you have ushered in a new era for writing, developing, and producing television shows and film that will showcase the talent, beauty, and creativity of our community on a scale that is beyond our foremothers and forefathers’ wildest dreams. I applaud you for the grand opening of the Tyler Perry Studios at Fort McPherson in Atlanta, which was one of the most historic displays of African American excellence and ownership in the arts and entertainment that the world has ever seen. I am so grateful to have had the opportunity to join you and witness one of the greatest tributes to African American entertainment icons — including Cicely Tyson, Sidney Poitier, Harry Belafonte, Oprah Winfrey, Whoopi Goldberg, Will Smith, Halle Berry, Denzel Washington, Spike Lee, Ruby Dee, Ossie Davis, Della Reese, John Singleton, and Diahann Carroll — in the history of our country.

Make no mistake, your impact is unparalleled. As an African American creator, you have continued to tell our stories, hire our artists, and create opportunities for our people that otherwise would never have existed. For those of us who have been engaged in the fight for true diversity and inclusion in media, entertainment, and all other sectors, your efforts are especially meaningful. This year, I created the first Subcommittee on Diversity and Inclusion in the history of the U.S. Congress, and I cannot overstate the importance and the magnitude of your life’s work. You have built an empire that has, and will continue to, open doors and opportunities for creators of color and other disadvantaged populations who have far too often been shut up and shut out of the entertainment industry. For this, I thank you, I celebrate you, and I will continue to uplift and support your efforts through my work Congress.