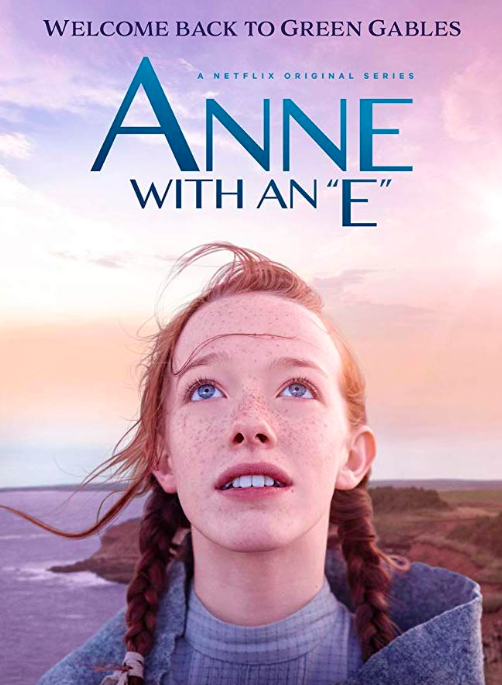 I will be completely honest: I have never read Anne of Green Gables.

This series was my first exposure to the story and characters. I cannot speak to what it’s like in comparison to the books, TV-movies, or any other adaptations. But what I can say is that on its on its own merit, as its own series, Anne with an E is very, very good.

I have always loved historical fiction, despite its rampant neglect of Black people. Romanticizing the past in the way that a lot of series do, either in the homestead-sweet-homestead way or the sparkling art deco way, the gilded rose-colored glasses that give us these visions into previous centuries often avoid the dreariness of minority experiences by simply…not portraying them. And although issues of sexism are harder to ignore, they are often covered in enough petticoats and ball gowns to render them seemingly trivial.

So I was prepared to enjoy this series the same way I enjoy most historical fiction — with a firm set of blinders on. Pleasantly, I found that I didn’t need them at all.

The titular character of young Anne is an orphan who comes to live in Avonlea, a quaint farming community, with high hopes and big dreams. Anne is a well-meaning girl with the best of intentions and the world’s most active imagination. Adopted by the elderly Marilla and her brother Matthew, Anne mistakenly arrives in place of the boy they wanted to help with the chores and farm work. While she was initially going to be sent back, she manages to worm her way into the hearts of her new family and the surrounding community…eventually, and with a lot of growing pains.

The first season is all about feminism.

Anne is a survivor of domestic violence and child abuse. Having been an orphan for almost the entirety of her life, her childhood is permanently marked and colored by tragedy and violence. Show creator Moira Walley-Beckett does not attempt to downplay this in any way. One of her key strengths in the show is the honesty with which she delves into realistic aspects of being someone like Anne — parentless, female, poor, “unattractive” by conventional standards — in the nineteenth century. Her initial treatment by the community embodies a lot of core feminist issues. In particular, Anne’s rejection by the ironically self-titled “Progressive Mothers,” a group of the wealthier Avonlea wives, is an apt embodiment of white feminism and all its shortcomings.

Season 2 of the series begins the process of centering new, diverse characters who are a complete deviation from the original books (or so I’ve been told). Things go down a very intersectional road as we jump between Anne and the male lead Gilbert’s journeys to witness a lot of their defining character growth. Independently, they learn to be better people, both by beginning to imagine the world outside of their own perspectives. Gilbert, popular and well-respected member of society that he is, goes through the process of checking his white boy privilege when he establishes a strong friendship with Trini-born Sebastian, otherwise known as Bash, who eventually comes to live in Avonlea. But bringing a person of color into such a lily-white community comes with a healthy dose of systemic struggles. The show does not shy away from them at all. Bash becomes a main character, so he exists beyond just being a life lesson for Gilbert. We continue to see the challenges he faces as the only Black man within this small community, and we also accompany him to new locations where we are introduced to more Black characters with some wonderfully nuanced perspectives.

Season 3, which has just been released to Netflix, delves even further into the relationship of Avonlea with the surrounding communities of color. We meet Ka’kwet, an Indigenous girl living with her family outside of the town. As Anne develops a friendship with her, we get glimpses into Canada’s complex and often horrid history with Indigenous people, most notably when it comes to the residential schools that Indigenous children were forced to attend.

I personally find it really interesting and commendable of the show to demonstrate the various shades of prejudice with characters that we are otherwise meant to like. After the introduction of Black characters, it could have taken the easy road and said: “Nobody has any kind of prejudice anymore!” Instead, we see familiar characters respond to the sight of Indigenous people with gasps of: “Savages!” The show explicitly demonstrates that knowing and befriending one or two people of color does not render anyone incapable of racism and prejudice towards other groups.

There is a lot of fancifulness to Anne and her story, but it doesn’t come from over-romanticizing the past. Anne with an E does the miraculous job of deftly covering topics of sexism, classism, racism, homophobia, abuse and harassment, slut-shaming, and every other progressive issue you can think of while still managing to be fun and uplifting. It isn’t perfect by any means, and I could find faults if I were really determined. But overall, Anne with an E is a snapshot of resilience in the face of all the wrongdoings of history and present day. And above all else, it’s just plain enjoyable to watch.

Now that Season 3 has finally been released in all of its intersectional feminist glory, Netflix has, of course, canceled the show. #SaveAnneWithAnE and #RenewAWAE have garnered well over a million tweets in the hopes of getting a continuation of this much-needed story. Fans recently purchased a billboard to convince the network to give the show a fourth season. While there’s really no telling what the future holds, given the company’s habit of killing and reviving much-adored series, I definitely suggest you watch the show while you can.