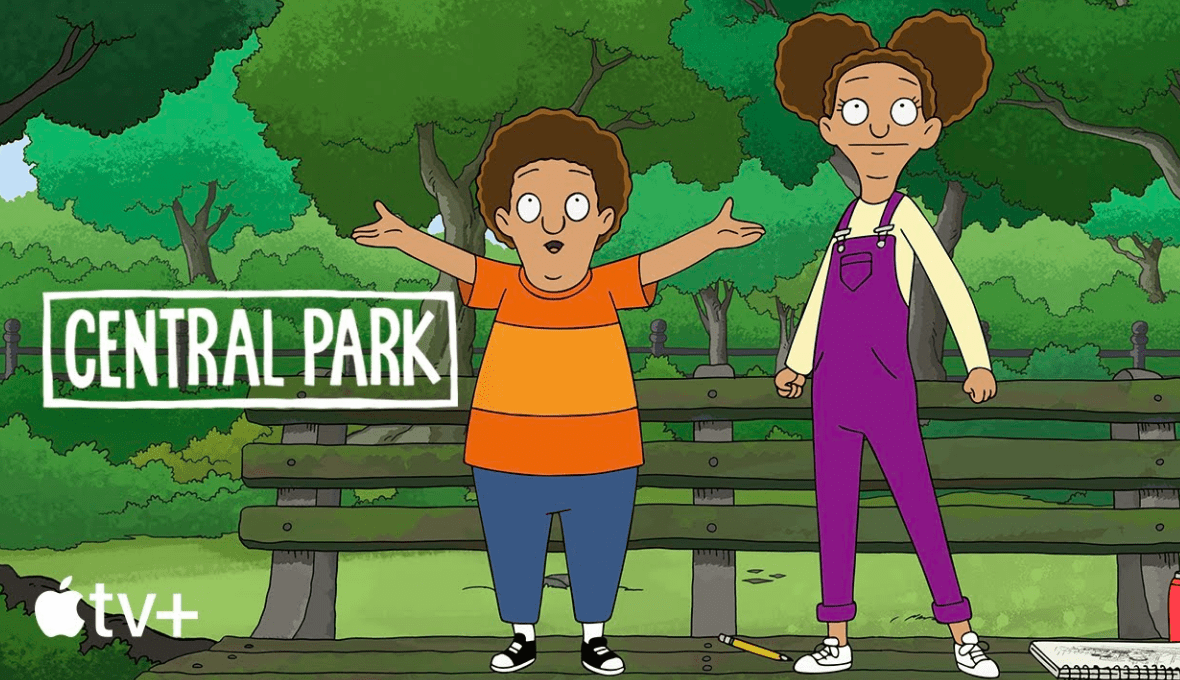 With the recent influx of adult cartoons, it’s not uncommon to see new efforts popping up everywhere.

These projects are recognizable by their characters’ humanistic style (despite the fact that they’re mostly animals) and their shameless vulgarity (as if to say adults only like crude and rude humor). It’s rare that you come across a more mature cartoon that is appropriate enough for the kids to accidentally walk in the room when it’s on without having to answer questions like, “Mommy, why is Bojack always falling over after drinking from that bottle?” (Huge Bojack Horseman fan here, but I digress.) Wouldn’t it be awesome for families to be able to sit down together and watch something everyone finds equally enjoyable? Well, Apple TV+ may be onto something with their latest offering.

Originally packaged for the Fox Broadcasting Company, Central Park was initially shelved until it was thankfully brought back to life by Apple TV+. The series is created by Bob’s Burgers executive producers Loren Bouchard and Nora Smith, alongside Josh Gad.

Central Park is a musical animated sitcom that centers on an enthusiastic park ranger, Owen Tillerman, voiced by Leslie Odom Jr., and his family, whose home happens to be on the fast-paced grounds of New York’s famed Central Park. Owen and his scoop-searching journalist wife Paige (Kathyrn Hahn) juggle their often adventurous careers, while balancing their emotional son Cole (Tittus Burgess) and his imaginative sister Molly (Kristen Bell).

When wealthy and villainess hotel heiress Bitsy Bradenham (Stanley Tucci) decides the perceived eyesore of a park would be more lucrative as condos, she hatches a plan to tear down the beloved grounds with the help of her assistant Helen (Daveed Diggs). Now, all she has to do is get past Owen and his family, who are determined to save the park from total destruction.

Josh Gad voices the unique character Birdie, a quirky yet knowledgeable vagabond who acts as both narrator and cultural savant to the park’s rich history.

Central Park is a refreshing shot of family-friendly funny, with a merry musical sidecar. Casting Stanley Tucci and Daveed Diggs, who hilariously lend their vocals to both female villain and assistant characters for a love/hate display of emotions, proves a great addition to the diverse and gender-bending cast. Leslie Odom Jr. beautifully channels awkward dad vibes, but still embodies sincere likability. Tituss Burgess gets absolutely everything right as the animal-loving, super-emotional son. Surprisingly, Cole may even be the most nuanced character, with his clear sense of self-awareness, naturally caring disposition, and constant efforts to unapologetically protect what is most precious to him. Then again, is there anything Tituss Burgess can’t do?

Kathryn Hahn brings quick-witted energy as wife, mom, and journalist. I enjoyed the narrative of a mother having it all and not being expected to sacrifice her career in order to act as a caregiver to her children. Not only does she have interests outside of her family, but her job is also equally as important as her husband’s. We love to see it!

When it comes to the Tillerman’s daughter Molly, I’m still processing the idea of Kristen Bell playing a biracial girl. Bell has always been the object of my fandom for making it possible for me to grow up in a world with Veronica Mars, but the decision to represent a character that is so far out of her possible understanding seems unnecessary. If one were to assume the thinking here was that since the character is both Black and white she could easily be played by either race, I’d have to issue a strong and hard pass on that ideology. This world has never seen a biracial person as anything other than Black, and for young girls to view this character realistically, the person voicing it would have to look like them.  While I’ll always love seeing a creative young Black girl on-screen, especially one who is able to ignore the notion that kinky hair is bad, in order to consider her afro puffs to be her superpower, I can’t help but wonder why representation wasn’t more accurately achieved here.

Now, if we’re going to call attention to the issue of a white person voicing a Black character, it would only be right to bring light to the fact that some may take offense to two men voicing female characters. Casting both Tucci and Diggs removes the opportunity for two female actors to have otherwise played those roles, but what do we say to the many other accepted examples of the exact opposite? Both Bart Simpson and the Freeman brothers from The Boondocks were voiced by women, and the list absolutely goes on. It seems as though there has always been more leeway when swapping genders occurs in animation simply because the characters aren’t often seen as being representative of anything substantially realistic. However, when distinct realities of cultural differences, especially ones that are often mocked and ridiculed, become a stitch in the character’s fabric, it might be essential to provide a more authentic voice.

Despite what I now refer to as “The Bell Blunder,” I would be lying if I said I didn’t really enjoy watching the show. I did! It’s funny and the plot is well thought out. I loved seeing what each episode had in store for the Tillermans and how Bitsy was going to challenge them next. With regards to the characters, not only are they quite colorful and lively, they are interesting in their own right, and the musical aspect of the show makes it that much more entertaining.

Central Park premieres Friday, May 29, only on Apple TV+.

Review: Clive and Whitney’s Relationship Is Unveiled in ‘Whitney Houston: I Wanna Dance With Somebody’