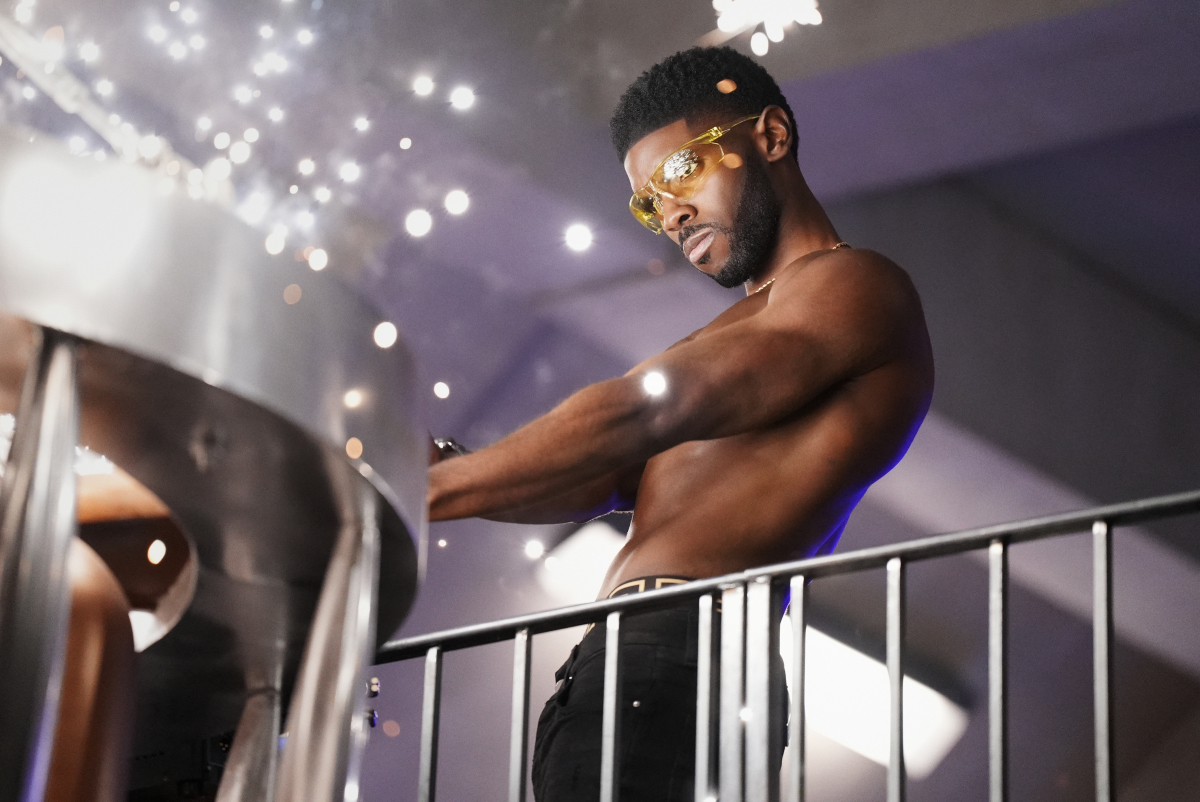 There’s Black wealth and there’s Black generational wealth. There’s living in a mansion and living in a manor. These are the heavy distinctions that represent the Swift legacy. In the new CW series Tom Swift, the Swift family comes from a dynasty of entrepreneurs who know their tech and solve problems. Imagine having unlimited resources and unimaginable wealth — this is the world of the Swifts.

The show explores the lives of the Swift family, which is comprised of the titular character Tom (Tian Richards), his cousin Zenzi (Ashleigh Murray), his adopted brother Lino (Donovin Miller), and their bodyguard Isaac (Marquise Vilson) — who safeguards the team during their series of adventures. Each episode is “mission-based,” and expect to see shoes involved as well.

The pilot episode of Tom Swift aptly titled “…And the Liftoff to Saturn” opens with a narration by Richards, who says, “We’re not nerds, we’re Black nerds.” It took everything in me not to jump up and down with every fiber of my being hearing a fictional character acknowledge both his Blackness and nerdiness in the same breath.

For fans of Black Panther, which showcased an Afrofuturistic world with advanced tech and a highly evolved nation of people, there will be similar conversations and perhaps some comparisons here and there to Tom Swift. However, this world is less surreal and more steeped in a contemporary-based setting.

Although based on the multiple young-adult book series incarnations over many decades of the twentieth century, creative liberties were definitely taken here with both race, sexual identity, and economic status, which makes this show completely different from the books. For fans looking to relive the experience of the books, stop immediately. The CW series appears to have been more inspired by the books as opposed to using the books as canon for an adaptation. For example, on The CW, Tom is not only Black but openly queer. Given the culture of where we are today and the lack of representation for Black queer people, it’s what our society needs — representation when the Tom Swift books were published was practically non-existent.

As for how the episode develops, Tom does have daddy issues, and his father Barton Swift (Christopher B. Duncan) is not accepting of his lifestyle. In fact, he refers to Tom as being “sensitive” and makes it known he would prefer to have someone else take the reins of the company once he retires. Tom’s final interaction with his father ends in an argument, and tragedy strikes when his father’s ship suddenly explodes on a space mission. Tom of course feels responsible for his father’s demise because of the faulty tech that he helped develop, and he believes he could have been more careful. Tom’s mother Lorraine (April Parker Jones), who serves as not only the matriarch on the show but as an anchor to Tom and the Swift family, is oblivious to Tom’s fractured relationship with his father. However, she’s very aware of Tom’s sexual identity and is accepting of it, unlike her husband Barton.

Smart technology is a strong communicative tool, and it tends to be a tool that talks back to you. We have Alexa, Siri, and of course JARVIS from the Marvel Cinematic Universe. In Tom Swift, the legendary LeVar Burton lends his voice as Barclay, an AI-assisted device helping Tom navigate his tech. It is just perfect casting to have Burton be a part of this series, since he is the OG Black nerd from his Reading Rainbow days (not to mention his role as Geordi in Star Trek: The Next Generation), and many of us older Blerds (the portmanteau term for Black nerd) think of Burton’s voice when we read old children’s books anyway. The casting couldn’t be any more on point.

Tom discovers later in the pilot episode that his father did not perish in the spaceship explosion and that he hid in a pod and managed to transport his way out of the aircraft before it exploded. However, what Tom does uncover is that there’s some unsavory activity happening and someone is trying to take over the company. This person ultimately was responsible for trying to assassinate his father. The plot twist and crime mystery Tom and his team have to solve will certainly make for an interesting series. My fingers are crossed that the series will maintain the same momentum as the pilot episode.

The theme of Tom Swift is developed very much like a mystery show that is mission-based with some really cool tech to explore. I’ll repeat that it will be interesting to see how the series develops over the season as well as how fans react to a show about a Black gay billionaire. While the idea of a queer lead is not an anomaly, a billionaire Black one most certainly is. And he identifies as a Black nerd, so that’s kind of a big deal.