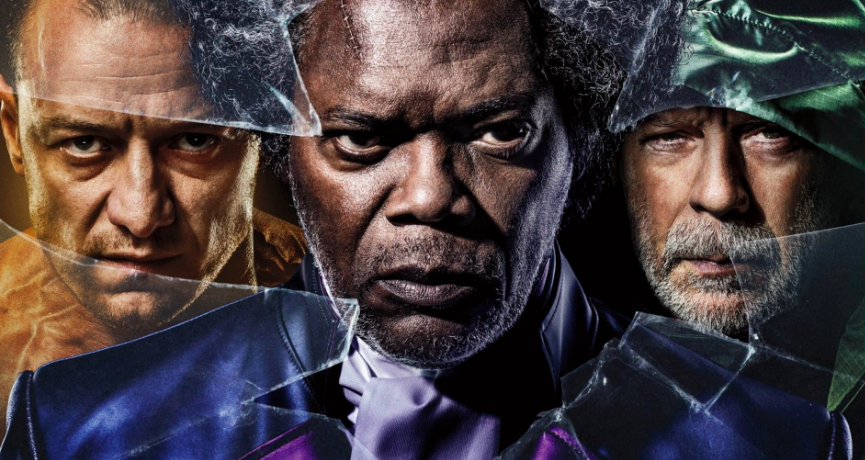 The Universal Pictures film Glass, directed by M. Night Shyamalan, is the glue that bonds together the narratives depicted in Unbreakable and Split.

Before Marvel and DC comic book films fused its way into the pop culture spectrum of Hollywood action films, the 2000 film Unbreakable became the bellwether of how multi-layered and textured comic book heroes and villains can be. And although I personally wasn’t a huge fan of Unbreakable, I can respect the artistic vision behind exploring the mythology of comic book storytelling.

What Unbreakable did is take a psychological thriller and turned it into a flick about a superhero and supervillain. The film also provided us an issue #1 origin story respectively to its key characters — David Dunn a.k.a “The Overseer” (Bruce Willis) and Elijah Price a.k.a. “Mr. Glass” (Samuel L. Jackson).

The movie Split, which premiered in 2016, acted as a standalone film featuring the enigmatic Kevin Wendell Crumb (James McAvoy) who suffers from dissociative identity disorder. His 24 different personalities — each incredibly distinctive from the other — are referred to as “The Horde” and are there to protect Kevin. It is not until the final scene in Split does the audience realize this film is connected to 2000’s Unbreakable and the fan theories about the connected characters ran wild.

Glass is the connective tissue that brings all three characters together: David Dunn, Elijah Price, and Kevin Wendell Crumb are new residents in the psychiatric ward of Raven Hill Memorial Hospital. They are under close watch with treatments by Dr. Ellie Staple (Sarah Paulson) — who specializes in patients suffering from the delusion that
they are comic book characters.

The film jumps right into the story without a refresher about the previous films. And it doesn’t give enough exposition to give a new viewer some background on who these characters are and why they are connected. Therefore, I encourage you to watch both Unbreakable and Split to get some context for Glass, otherwise, you may be confused.

The plot is kind of all over the place.  First, we see David Dunn going after some unruly kids and communicating to his son via a wireless mic as he’s in the middle of his action-hero gig. His son, played by Spencer Treat Clark, reprises his role as Joseph Dunn, is now working as a kind of “sidekick” with his father.

Then the plot takes a sharp turn to “The Horde” capturing some cheerleaders and showing us what he did to the teen girls in Split, then we see all three men secluded in a mental facility.

The story splinters off with an introduction to Dr. Ellie Staple, who is more fascinated by these men, more than someone interested in treating them, and she’s a bit of a wild card here.  We don’t quite understand who she is, what her motives are and what she’s up to.  And when her story finally emerges and exposes itself; the audience is even more confused. 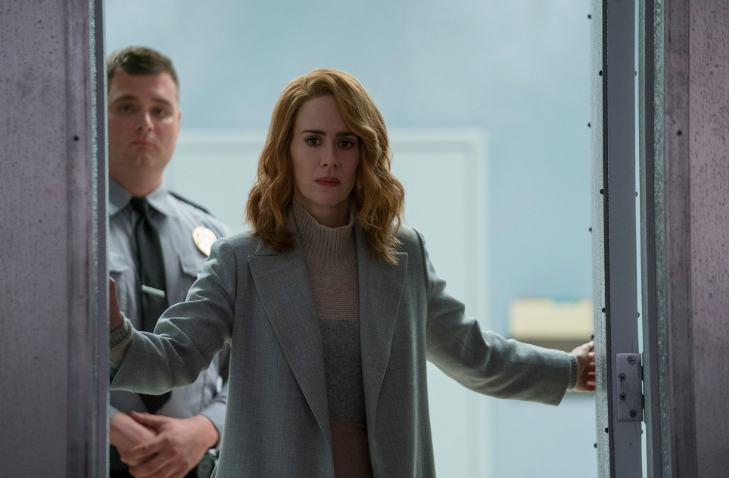 However, what is even more confusing is the character of Mr. Glass, whom the film is named after. He appears a third of the way in the movie and what I believed was possibly an origin story of his character, became something completely different.  That being said, Mr. Glass played a pivotal role in the story, and it’s possible M. Night Shyamalan purposefully wanted Mr. Glass to be the center of this story — because his actions in both Glass and Unbreakable led to the series of events that impacted these characters.

There’s also the lavender hues that we see throughout the movie which is the signature color to Mr. Glass’ costume.

However, another character in this story also has a significant impact, and that is Casey (Anya Taylor-Joy). Again, if you never watched Split, you won’t understand the backstory here, but Casey was one of The Horde’s victims. She only survived because she bared bruises on her skin from parental abuse. Kevin Wendell Crumb also suffered from physical abuse from his mother which led to his multiple personalities. It was this trauma that connected these two and inevitably saved Casey. 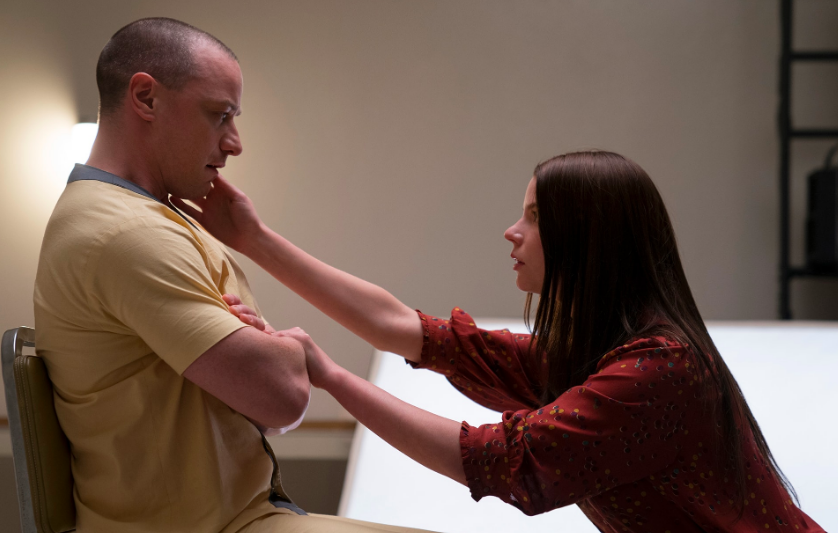 In Glass, she serves as an anchor to The Horde’s subplot and acts as a device to add more humanity to his character. While this additional story arc to the film was completely unnecessary, it served its purpose at the end.

The only redeemable quality about Glass is the performance of its actors. I’d rather sit through Glass again as a character study as opposed to examining its story development. James McAvoy once again delivers one of the best performances of his career playing the role of a man with multiple identities.  From the high priestess and always stoic Patricia to the savage and animalistic Beast, McAvoy steals every scene he’s in. It’s no wonder that Split made over 278 million domestically with its 9 million dollar budget. The promo for the movie never hints that its connected to Unbreakable and performs as a brilliant standalone, in large part because of McAvoy’s compelling performance.

Samuel L. Jackson, who appears comatose throughout a significant portion of the movie, also delivers a convincing performance. He reminds us why we are so enraptured by this villainous character. Mr. Glass, although he is a bad man, is someone who is completely relatable because we understand clearly why his principles have formed this way.  Unbreakable lays the groundwork on Mr. Glass’ motives and Glass fills us in on how this man has evolved in his system of beliefs about good, evil and comic books. 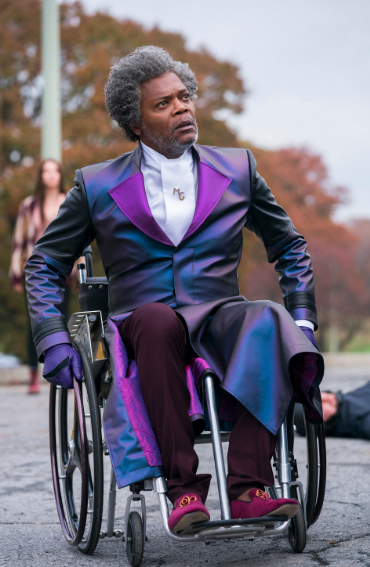 We don’t get to see much out of Bruce Willis’ character, and when we do it doesn’t add much to the story. Glass does bring to us an intriguing and entertaining narrative that has potential, however, it appears the filmmaker just had issues tying it all together.

This movie is worth giving a shot, and for the fans who loved Unbreakable and want more from Elijah Price and David Dunn — the 19-year-old payoff may be worth it.

There are some unanswered questions in this tale, so it is quite possible there could be another story in our future as the episodic comic narrative continues.