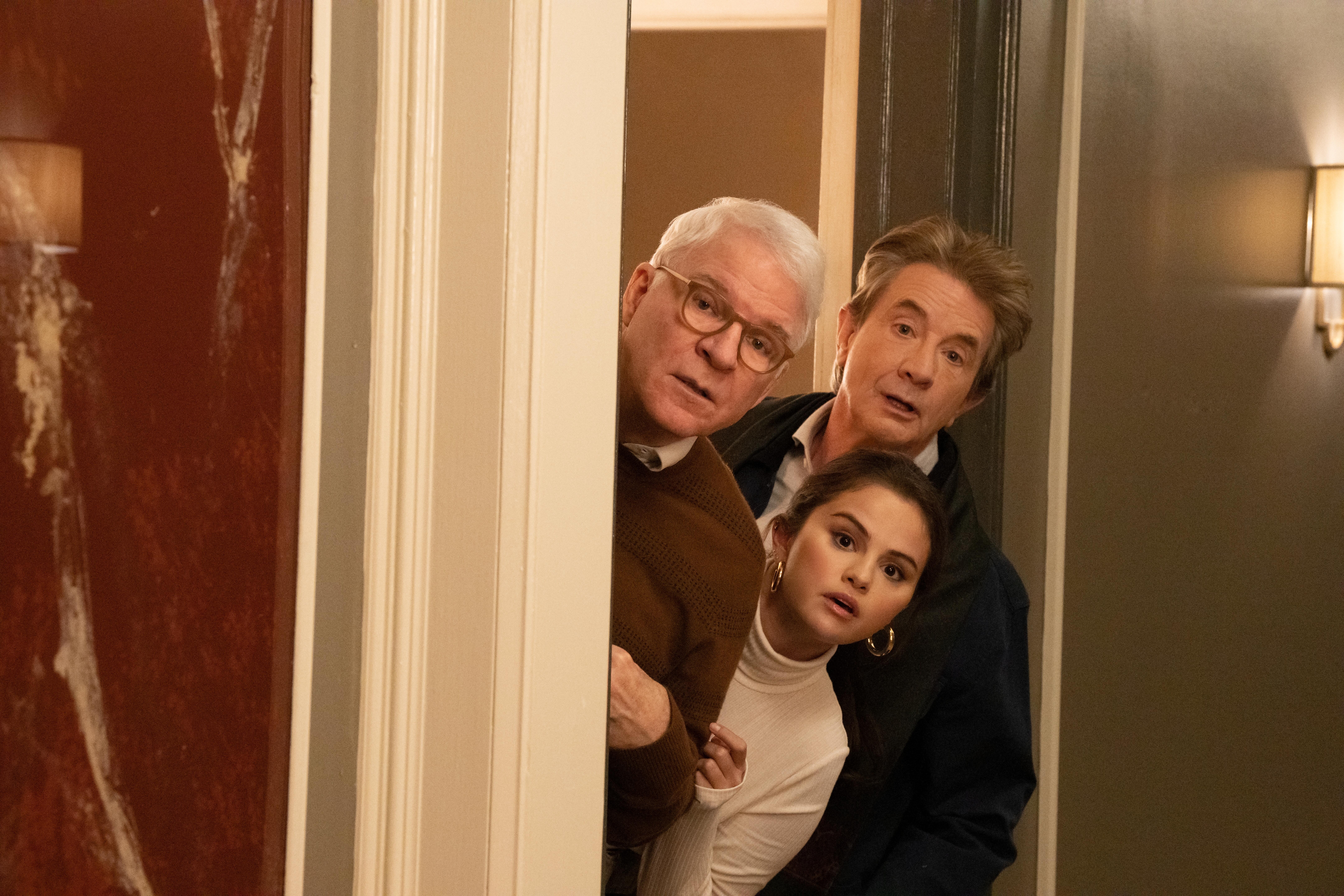 Less than a year after its cliffhanger of a season finale, Hulu’s cozy murder mystery comedy returns for its second season, much to fans’ delight. Only Murders in the Building is a show that maintains an intriguing mystery while exploring things like grappling with one’s past in order to make a better present and future, feelings of isolation, and our collective fascination with true crime. And it also manages to be genuinely hilarious.

Warning: Some spoilers for Season 1.

In Season 1, we’re introduced to Charles-Haden Savage (Steve Martin), a former television star of the CBS detective drama Brazzos, of which he played the titular character. He’s later acquainted with the excitable, out-of-work Broadway visionary Oliver Putnam (Martin Short), and stylish, twenty-something renovator Mabel Mora (Selena Gomez). All three Arconia residents board the elevator as strangers but later find themselves obsessing over the mysterious death of Tim Kono (Julian Cihi), who also happened to be on that introductory elevator ride having a heated phone call.

Charles, Oliver, and Mabel bond over their shared love of a true crime podcast by Cinda Canning (Tina Fey) and end up starting their own podcast about their neighbor’s alleged suicide that turns out to be a murder. Most of the wacky tenants of the Arconia are suspects, including Howard Morris (Michael Cyril Creighton), whose cat Evelyn died the same night as Tim, and Arconia’s celebrity resident Sting (played by the star himself).

Mabel knew Tim from childhood, but lost touch after a tragic accident when they were young adults. Their friend Zoe (Olivia Reis) had died after falling, or being pushed, off of the Arconia’s roof. Zoe’s boyfriend Oscar (Aaron Dominguez) was blamed for her murder and sent to prison. However, Mabel doesn’t tell her new sleuthing buddies about her connection to the victim for a few episodes.

Season 2 picks up right up with Charles, Oliver, and Mabel being led away in handcuffs. They’re questioned and released from custody by Detective Williams (Da’Vine Joy Randolph), who is just as annoyed with the troublesome trio as she was last season. From there, we follow the three persons of interest as they try to uncover who’s framing them and why.

This season features a few new characters, notably Cara Delevingne’s Alice, an artist, gallery owner, and love interest for Mabel. The Arconia’s new celebrity resident Amy Schumer moves into Sting’s penthouse. Like Sting, the actress plays a fictionalized version of herself, and she fits in well here, bringing her comedic talents to an already hilariously dark show.

In an interview for Season 1, Steven Martin told BGN, “I’ve just always loved the blending of comedy and drama, and in this show, the struggle is knowing when to do it and how far do you go.” Well, so far, the writers behind Only Murders have expertly balanced silliness with serious, sometimes sad moments.

Co-creator/showrunner John Hoffman (The Larry Sanders Show) credits the characters’ personal emotional stories as “true connective tissue, in a world where a mystery television series tends to delve not so deeply a lot of times.” Charles, Oliver, and Mabel may have very different lives and circumstances, but they share a loneliness that’s quelled now that they have each other.

True crime is a fascinating, addictive, and oddly comforting genre that can be enjoyed alone or in a group.  One of the best things about Only Murders is how it explores the interactive element of that fandom. The podcast’s superfans, aka the Arconiacs, appear near the end of Season 1 but play an important role beyond just hyping up their idols. Just as the unconventional trio’s growing friendship centers on their obsession unsolved murders, the four Arconiacs come together to share theories and admiration for the hosts, as well as pestering them for story updates.

Hoffman says the show is “built on classic meets modern,” and Season 2 continues highlighting the age differences among Charles, Oliver, and Mabel, especially when it comes to technology and modern slang. The generational commentary never gets old (pun intended) when it could so easily become stale. Mabel the Millennial has an encounter with a Gen Z-er this season and has a similar reaction to that of her older buddies when the youngling talks about something modern.

The first season of Only Murders in the Building is a tough act to follow, but the series keeps the same charm and intrigue in its second installment. Hoffman and company continue to explore the generational divide of the three lead characters and how one shared interest can create an unlikely, endearing friendship that defies age.

Da’Vine Joy Randolph and Miss Lawrence on Black Sisterhood in ‘The United States vs. Billie Holiday’