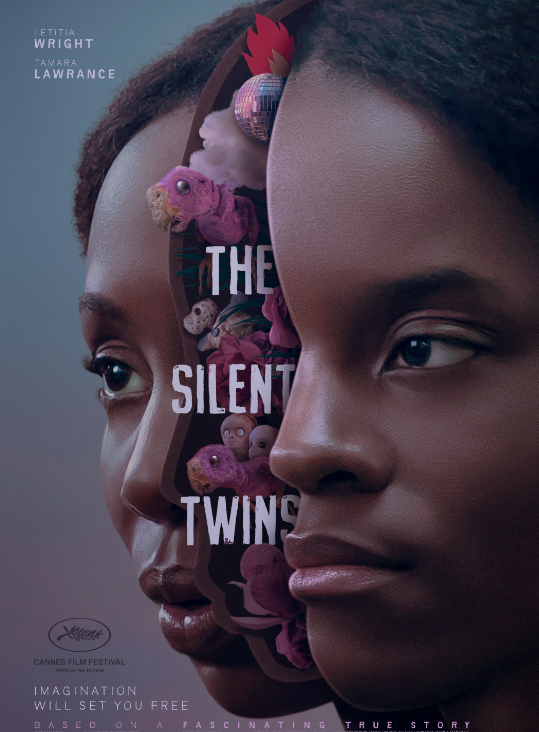 Fans of psychological thrillers will enjoy The Silent Twins, a film adaptation of the real-life story of June and Jennifer Gibbons. It is a film filled with both suspense and unanswered questions.

Based on the novel by Marjorie Wallace and played by actors Letitia Wright and Tamara Lawrance, Focus Features’ The Silent Twins channels the story of two sisters with a unique form of selective mutism. With this form of mutism, June and Jennifer only speak to one another in private but remain silent to others around them. In public, the twins have a unique way of communicating.

Although June and Jennifer never speak to anyone outside of their sisterhood, the twins have their way of exchanging words while in the presence of others. It’s suspected that both June and Jennifer use a sped-up version of Baja Creole to communicate. While in the presence of others, the twins mimic each other’s movements and developed a form of cryptophasia. Cryptophasia is a language created by child twins that’s only comprehensible between them as a pair. Their use of cryptophasia also marks the beginning of their deception phase. This language enables the twins to communicate publicly while reassuring one another to remain non-verbal when others are around.

What makes a psychological thriller successful is the ability to play with viewers’ minds, leave them with questions, or have a protagonist whose psyche is in question. The fact that this film keeps its audience questioning throughout the entirety of the film is superb.

From the beginning of the film, June and Jennifer are enigmas. We don’t know why they remain reserved and don’t entirely understand their secret world of communicating. The twins remain a mystery to everyone around them including their family and experts. This heightens the psychological aspects of the film.

The twins’ condition is initially presented as shyness to their school officials but is examined by experts who are also left baffled. While the twins are left alone with a recording device to capture their speech, they rely on cryptophasia to communicate to avoid getting caught using oral communication. June and Jennifer are a devious pair of twins because of their combined effort to deceive those around them.

As the twins mature, they begin to explore their independence and add a little rebellion to their names. What’s strange during the independence stages of June and Jennifer’s life is their willingness to open to others. Both girls begin to have an interest in men. Although they are regularly silent, they begin to communicate when dating and intimacy come into play. It’s not transparent in the film why the girls easily communicate with a male they form a relationship with versus their own family. There lacks a clear distinction as to what makes the girls break their silence with one group of people versus the next.

When the girls find their independence in life, they also begin to find their independence from each other and gain a sense of self-recognition. Although the girls are originally attached at the hip since birth, they start to bicker and become divisive. The division that forms between the two is significant to the plot. This breakthrough in attachment drives each sister to find her purpose in life and is integral to the second half of the film in which the twins are adults and essentially separate for good. Both June and Jennifer are eventually institutionalized because of their erratic crime sprees.

Being institutionalized opens a new world for the twins. It gives them the opportunity to separate and the opportunity for self-discovery. They are able to learn about themselves while the world does the same. When the twins write, it gives them the chance to express themselves thoroughly. Their writing also allows them to communicate with the world rather than solely with each other. Writing is a two-way street for the sisters. They are still silent, yet vocal on paper.

The film version of The Silent Twins is a marvelous adaptation of the book and real-life story of the Gibbons sisters. The emotions between the two sisters are so raw that their lack of speech doesn’t take away from illustrating their life stories.

The twins say very little publicly but at the same time say so much. It’s amazing how two sisters can display such power in their voices through their written work. The mystery of who these twins are and their authentic identities is built through their writings.

The director was courageous by taking a leap in how she chose to portray the importance of journaling for the sisters. Writing was a way to learn about the sisters’ inner thoughts. Journaling was significant to both sisters because it was an outlet for them to escape everyday life. It was an escape, but at the same time it drew them closer to the real world. By journaling, the twins gave a piece of themselves to the world. Their written work helped to ease the curiosity surrounding the two sisters as people. Society got a glimpse of who the silent twins were.

As the film concludes, it becomes obvious that the twins were better apart than together. Both sisters were vocal. They just required a non-traditional means to express themselves to the world.

Check out The Silent Twins in theaters on September 16, 2022.