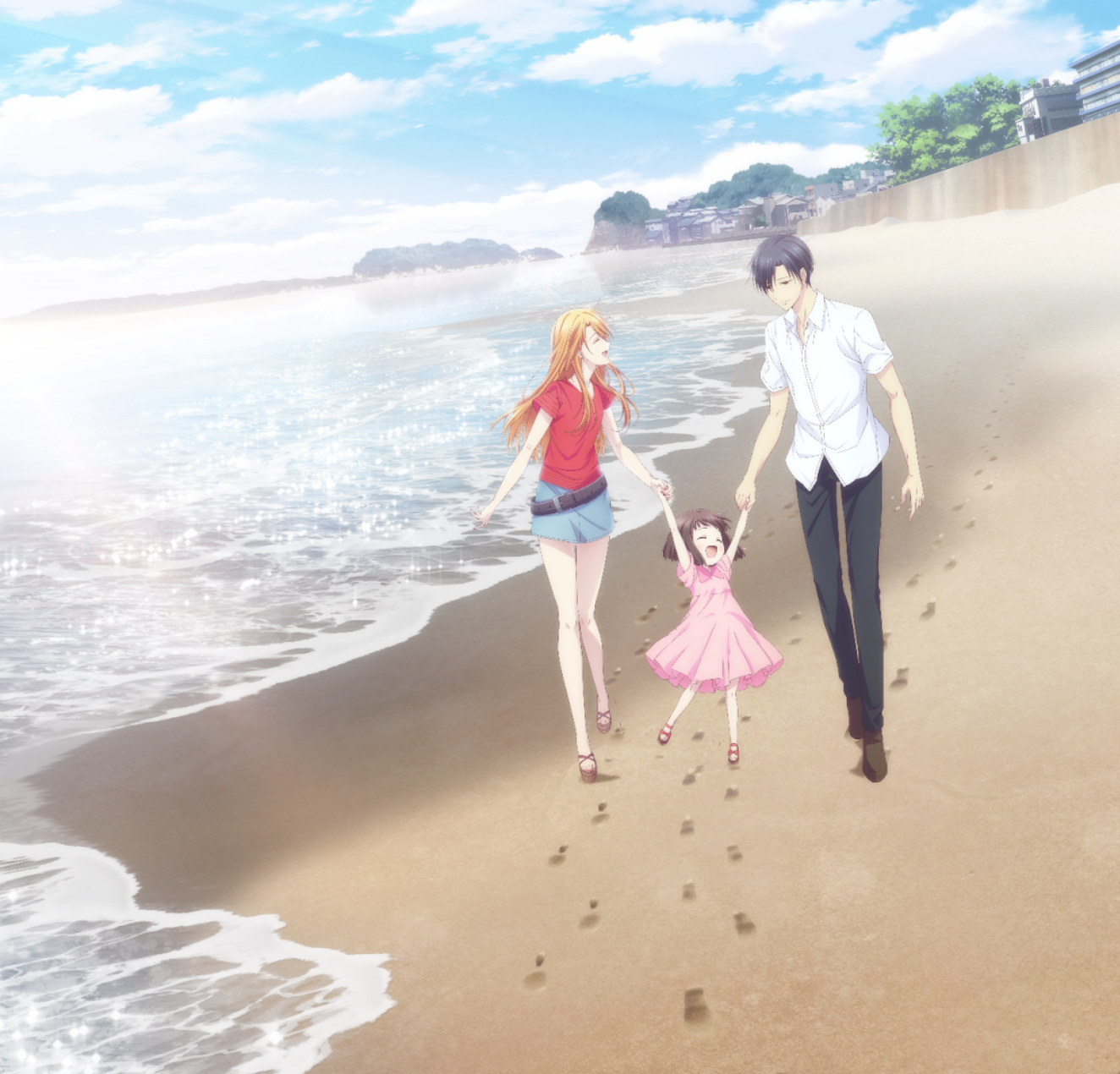 There’s an echoing theme throughout the anime Fruits Basket, one of being loved, giving love, and deserving love. The two characters who exemplify this the most are Kyo and Kyoko, the angry cat of the zodiac and the Red Butterfly herself. Their stories are told in the new theatrical release, Fruits Basket: Prelude. It tells both of their stories and shows that no matter where you come from or how much you try to shut yourself off from the world, love can still find you. All you have to do is realize you deserve it. You can buy your ticket for the movie on Fandango and don’t forget to rewatch the series on Crunchyroll to give yourself a refresher.

The first part of the movie is a nice recap of Kyo’s story and the building of his relationship with Tohru. It’s a nice walk down memory lane through the series and even shows the relationship that Kyo had built with Tohru’s mother, Kyoko. Fans of the series are treated to a young Kyo who’s just as fiery as he is as a teenager. Even so, there’s still that bit of charm underneath. Watching Kyo go from rejecting the fact that he loves Tohru to deciding that he doesn’t deserve to love her and then getting hit over the head (literally) with the fact that he does deserve her reciprocation is just as heartwarming in the recap as it is while watching the series all the way through. In fact, even more so, as it’s so much more open and blatant when we get to hear Kyo’s internal monologue and how he sees himself.

Kyoko’s story has always had an air of mystery around it. We knew she was Tohru’s mother, we knew she was in a gang and was known as the Red Butterfly, but that’s pretty much all we had to work with. Now we know so much more about her and get to see the transition from young delinquent to a responsible and caring mother, spurred on by her meeting and falling in love with Katsuya Honda, her future husband and Tohru’s father.

If we were treated to scraps about Kyoko, we got next to nothing about Katsuya before this movie. Katsuya is more than meets the eye. Starting out as a student teacher at the start of the story, he’s seen as charming, approachable, and giving. He is all of those things, but under the surface he’s a bit of an oddball. He’s also quirky, witty, and curt. It’s a duality that’s similar to both Yuki and Shigure. Katsuya, like Kyoko, is fighting against his own typecast. His father was a renowned educator, and that gives Katsuya special privileges at the school. He gets away with more than other student teachers would, and both students and staff tend to fawn over him. But, he’s not interested in being a teacher, though everyone expects him to be. He’s interested in forging his own path and even more so in building something for himself.

The movie does a good job of paralleling the two stories that it’s telling without things seeming squished together in one movie. Because we’re already familiar with Kyo’s story, the team made the smart choice to present his section in a format that gives us the important details without dragging on. And of course, there’s the trademark emotion that we expect from Fruits Basket. Kyoko’s story is told in a more traditional format of a narrative with arcs. The ABC style fits in that we’re watching the metamorphosis of Kyoko from gang member to mother. So throughout her story there’s a nice throughline of her trying to be better even though most people in her life don’t expect her to amount to much.

In the background of both Kyoko and Kyo’s stories there’s a subtle allusion to parental neglect. Kyo’s goes without saying as this is something we’ve seen many of the zodiac members deal with. His mother saw him as a monster, and his father wanted nothing to do with him at all. It’s a heart-wrenching thing to witness a child not only be neglected by their parents but also that they know exactly what’s happening and they know why. This adds to Kyo’s feelings of hopelessness and his pattern of running away when people get too close for his comfort.

Kyoko contends with much of the same. Her parents and teachers have all but given up on her due to her temper and her habit of getting into trouble. She’s seen as a delinquent and nothing more, so why try? It’s not until she meets Katsuya that she knows that she has options and that she can still turn her life around. It’s not as prominent as the other themes but it’s something that’s easy to spot and it makes both characters’ ultimate happiness hit that much harder. As a viewer we want for them to find love and acceptance and when they do, it’s an emotional catharsis for them and us.

You can buy your ticket for the movie on Fandango and rewatch the series on Crunchyroll to give yourself a refresher.