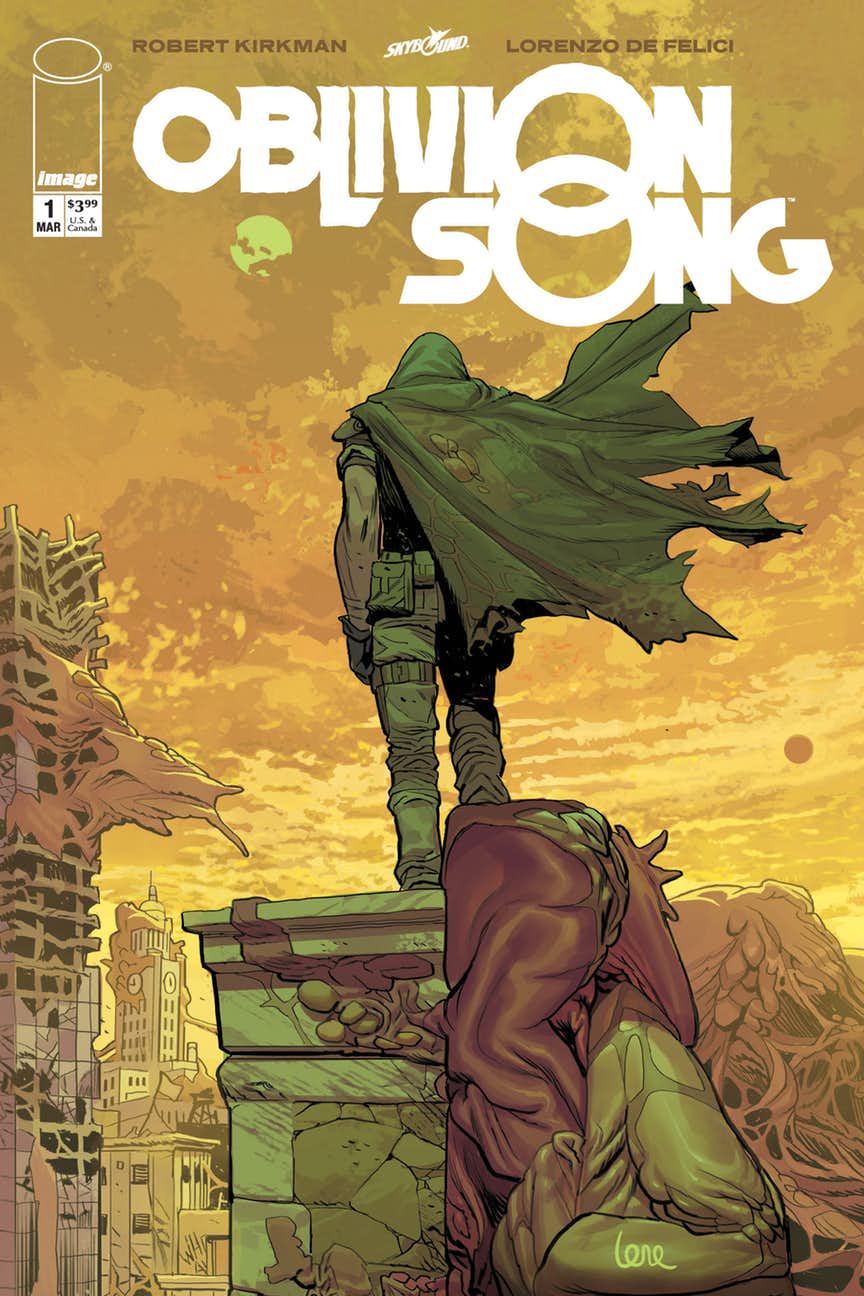 Robert Kirkman: The Walking Dead, Invincible and beyond.

At this year’s comic con Robert Kirkman led a panel solo to discuss his impressive body of work. In this panel, he spoke about his titles: The Walking Dead, Invincible, Outcast and an upcoming new series named Oblivion Song. After he went over what’s upcoming, he took questions directly from the audience. Kirkman has so many titles and shows going on its easy to get confused as to what gems he could tell the public and what he couldn’t, luckily he dropped some tidbits and I was all ears. From this point of the article, I am issuing a *Spoiler Alert* if you read any of the above-mentioned comics AND if you watch The Walking Dead or Fear the Walking Dead on TV.

The Invasion storyline is about to begin and it’s going to be good. Kirkman said it will be very involved and run for about 5 months. Just when you think things are getting settled Kyle will realize there are more people possessed than they thought. In addition, a new villain is coming and it will be Rolan Tusk.

Invincible will introduce another storyline by way of a great robot war. The “End of All Things” story also is expected to go on for a while, Part one of one kicks things off with more to come, despite it only being one part of this series.

Kirkman showed a trailer for this new comic series and I was in awe. The illustrations in this comic series look amazing and the storyline sounds interesting also. Oblivion Song’s main character is Nathan Cole, one man who makes daily trips to rescue people from oblivion. Oblivion is a place in Philadelphia when 10 years ago four miles of the city swapped places with another dimension. The government rescued people then gave up, leaving peoples stranded in the dark amongst a monster-ridden dark alternate dimension.

Kirkman gave some great hints during his talk about what’s to come. In addition, some fan questions that were answered gave, even more, insight to some questions that many who are into the series had. Negan is still around in the comics and on the show even though the comics are a bit ahead of things. A fan asked if Negan has really turned over a new leaf (in the comics) and he gave a vague “maybe”. Currently in the comics, they are working together and Lucille is dead. On the TV show, none of this has happened yet, but it would surely be interesting because most fans of the show either hate Negan or they love him.

There are some cool things to come as the “New World Order” storyline kicks in. It was mentioned that there will now be a princess, which makes sense because we do have a king. Eugene is also still questionable as to what his true motives are, for now, it will remain that way and we will not yet know if he is team Negan or not.

The rest of the panel was just interesting tidbits of information about The Walking Dead TV series. Kirkman mentioned that he won’t be doing any cameos; people with small heads make better zombies because all the extra makeup fits better and the casting of British actors is not done on purpose. They literally find out that they are British later on and have a laugh about it.

Is there a future with no Walking Dead?  Kirkman did mention (as he has done in the past) that at some point Rick will die. The Walking Dead is Rick’s story so once he dies it’s over. Also in getting to the end, (whenever that is as Kirkman wouldn’t give an exact timeframe), Kirkman mentioned that no character is safe. The end may come sooner than many of us expect too. Kirkman has just inked a deal with Amazon to create new content.