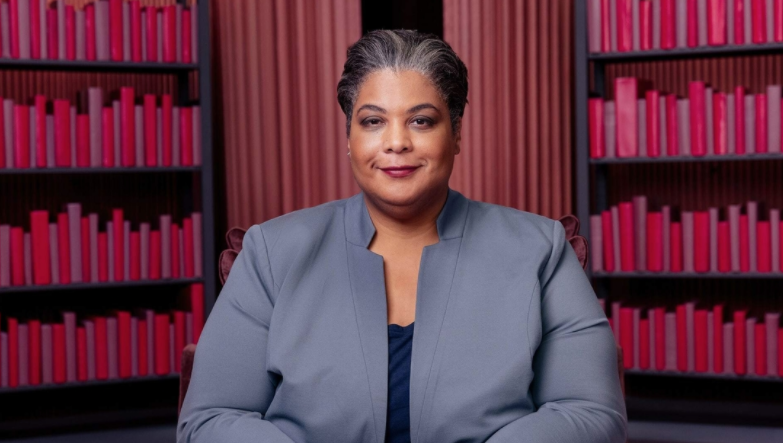 Last year, American writer, editor, professor, and social commentator, Roxane Gay shared on Twitter that she would love to do a MasterClass. Little did anyone know at the time, this year, Gay has graced audiences with the MasterClass they always dreamed of: one that’s centered around social change and the intersections of race, sexuality, gender and more.

Gay is the iconic writer of the New York Times bestselling Bad Feminist, which is a collection of essays exploring policy, feminism, and critiques of societal norms. From her powerful memoir Hunger to her epic work on the World of Wakanda Marvel comic books, Gay continues to inspire audiences around the world.

BGN was able to catch up with Gay and learn more about her MasterClass. Each lesson is focused on teaching viewers how to use their own personal narratives, traumas, and struggles to write compelling and unapologetic works.

Gay shared some insight with us that’s a true testament to all that Black women can accomplish despite the gatekeeping that exists in the publishing industry and the entire world.

What is your advice for Black women who want to get published, and what are some barriers that they may face?

Systemic racism is everywhere, and publishing is no more immune to it than any other industry. So, as a Black woman, you are going to face quite a lot of racism, which doesn’t mean you should tell yourself that it’s not possible for you to make it as a writer. But you do need to be aware of and prepared for the issues that you’re going to encounter

The main one being that publishing tends to believe in “the law of one,” which is to say that if there is a Black person doing something, there can be no other Black people who do that thing. It’s really an unfortunate way to do business. It’s an unfortunate way to curate creativity, and we have to push back against that. Part of the responsibility of people who do succeed is to make sure that you’re never the only one or the last one to do something because otherwise publishing will continue to think that they can behave this way.

What do you think makes a personal essay the most authentic and honest?

I think when you allow yourself to be bold when you allow yourself to be vulnerable in ways that are still within your boundaries and you give readers that moment of connection where they can see something of their own experience. I think it can be incredibly powerful, but I also think when it comes to personal essays, you have to find a way to look beyond yourself and it cannot simply be testimony or a recitation of experience. You have to contextualize it in some way and show readers why they should care about whatever it is you’re telling them about.

You also sometimes have to do research. I think a lot of people underestimate the importance of research and writing a personal essay, but it is indeed very important.

Considering your MasterClass and your work with The Audacity, what are some ways that Black female writers and journalists can help promote each other within the industry?

I think it’s always important to shout each other out and to promote each other’s work. This doesn’t mean you have to like everyone or love everyone. You certainly don’t have to like everything that Black women write or create. But I do think when you do encounter work that you respect and admire, talk about it, because, again, we cannot work from a mindset of scarcity. There’s room for all of us at this table. In fact, we have to, frankly, build new tables and tables that will accommodate all of us.

I try to shine light on whoever I can whenever I can, because I know that it’s only going to make the world of letters stronger when there are more of us driving.

If there was one thing in particular that you would want non-Black writers to know, what would it be?

I would like non-Black writers to realize that we are dealing with systemic issues that they may never see or understand, and so it really does not behoove them to say the kinds of nonsense I see white writers saying, like, “Oh, I’m a white guy, I don’t have a shot in hell,” when in fact, 90 percent of books are being published by people who look like you. I think it’s important that white people educate themselves about the realities of this industry.

What are you hoping for audiences to learn from your MasterClass?

I hope that audiences learn that writing is a practice and a craft, and it takes work, but it is something that is open to anyone who’s willing to sit down and actually put in that work, and it can be a really joyful thing. I really wish more people understood that the barrier to entry for writing, which is different from publishing, is very low. So, anyone can do it.

Do you have anything else you’d like to mention to BGN readers?

I just want to shout out one of my producers for the MasterClass. Her name is Diane Houslin, and she was really wonderful. She was the person who helped shape the class. There were other people, of course, as well, but she was the person I was speaking to during the filming. You can’t see her, and she was phenomenal. She really did a deep dive and understood my work and knew which questions to ask to get a good class.

Just because you see one person on the screen does not mean one person made it. There was a significant team of people that contributed to making this MasterClass. I must say, I’ve never had such a great experience. This one was just outstanding.

Gay’s class is exclusively on MasterClass, and for those that subscribe, there’s unlimited access to over 100 instructors with an annual membership.

Roxane Gay’s Graphic Novel ‘The Banks’: Sexy, Slick with a Dash of Cool