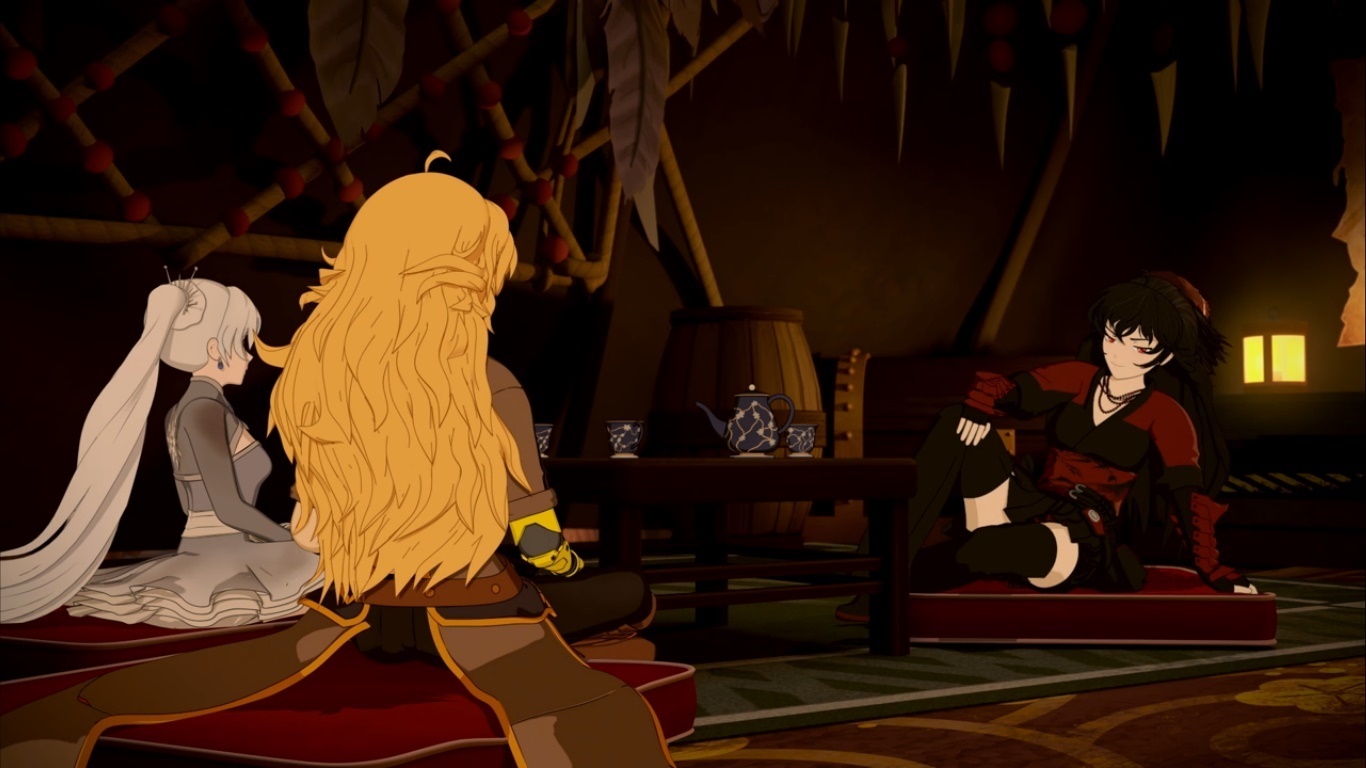 Raven and Yang have a nice mother and daughter chat about the past and the truth. Qrow follows Ozpin’s orders to gather huntsmen to fight at Haven.

As Raven serve Yang and Weiss tea, she spills the tea about Ozpin and her brother, Qrow. Apparently, not all people become a huntsman to make the world a better place. In the case of her and her brother, they attended Beacon Academy to learn how to kill huntsmen! Huntsmen were the only thing standing in the way of their tribe pulling off raids; they also wanted to reduce the risk of being hunted down. However, because of the rough lifestyle they lived, it was easy for them to shine in comparison to the other students and that’s when they caught the eye of Ozpin. She asks Yang “how much does she know about Ozpin’s past?” As we all know, Yang and Weiss have been off to their own adventures and weren’t present when Ozpin revealed his secret to Ruby and the others.

Raven explains that Ozpin was able to become headmaster because he’s the one who designed the schools to begin with and have followers at each academy who follow him and no one else. She says he entrusted his secret to her team when she was a student. He informed them that there was one person controlling the Grimm — who we already know is Salem — and he’s trying to protect the world from her. Yang refuses to believe Raven — Raven is the mother who walked out on her as a little girl and Ozpin was the warmhearted mentor who believed in her and her friends.

To get through to Yang and prove that magic does exist and she’s telling the truth, Raven decides she needs to show her. She brings Yang and Weiss outside and — big reveal — turns out Raven is an actual raven, like the bird. She says that Ozpin did that to her…

Yang is stunned but at this point, the only thing she cares about it is getting to her sister to protect her. Raven gives Yang a choice: she can stay and learn the full story from Raven or she can go to her Uncle Qrow and ask him everything. Yang chooses to go to Qrow — but to find Ruby. Raven does as she wishes and opens a portal for allowing her along with Weiss to teleport to Qrow. 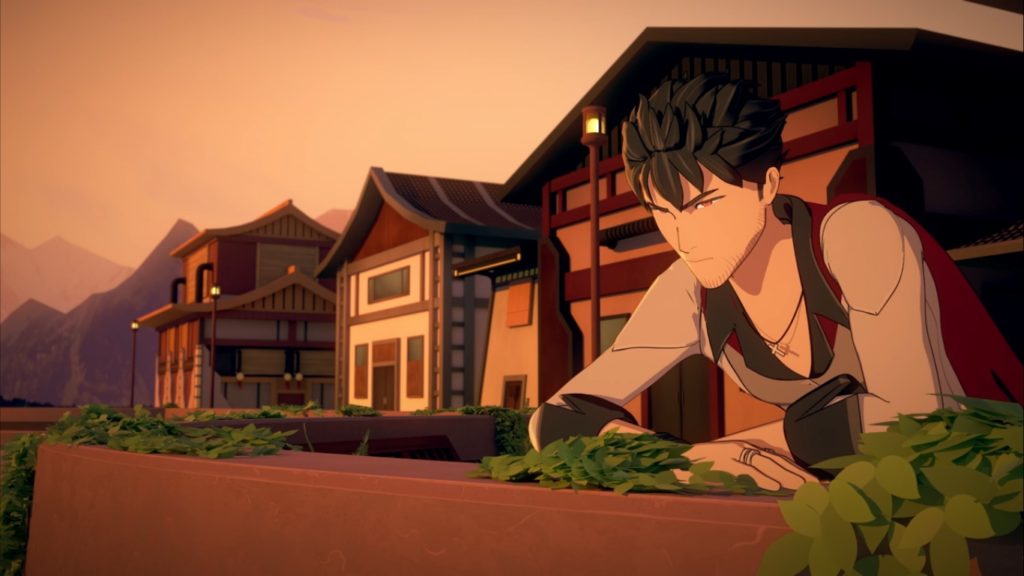 Ozpin gave Qrow the task to gather huntsmen to join the impending battle at Haven. Qrow searches all over Mistral for former huntsmen he’s worked with but cannot find one huntsman. They all seem to be missing for one reason or the other — maybe they’ve died in battle or maybe they skipped town because they’ve made a bad name for themselves. Regardless, it looks like Qrow has failed his mission. Until…a portal appears next to Qrow — which, of course, is Yang and Weiss. Technically, Yang and Weiss are both huntsmen, so I guess Qrow completed his mission. In a touching reunion, Ruby and Yang embrace. I suppose next episode Yang and Weiss will be told of Oscar’s identity.

I really thought Raven was going to say more. I mean, what she had to say was interesting, but we knew most of it. We already know about Salem, we already know Ozpin comes back from the dead. It was fascinating to hear that Raven and Qrow both had ulterior motives in attending Beacon, but that information doesn’t move the story forward; especially since they seem to have changed since their teen years. Learning that raven is a bird… it’s different, but I already perceive this world as “magical,” so I wasn’t surprised. Also, they didn’t reveal why Ozpin gave her the power to transform into a bird. To me, it doesn’t seem like a terrible thing because she can turn back. So, what’s the problem?? If there is a problem, this was the time to bring it out, otherwise, what was the point of the build-up leading to this conversation between Raven and Yang?

By the way — since Raven is a raven, does that mean Qrow is a crow? Just wondering.