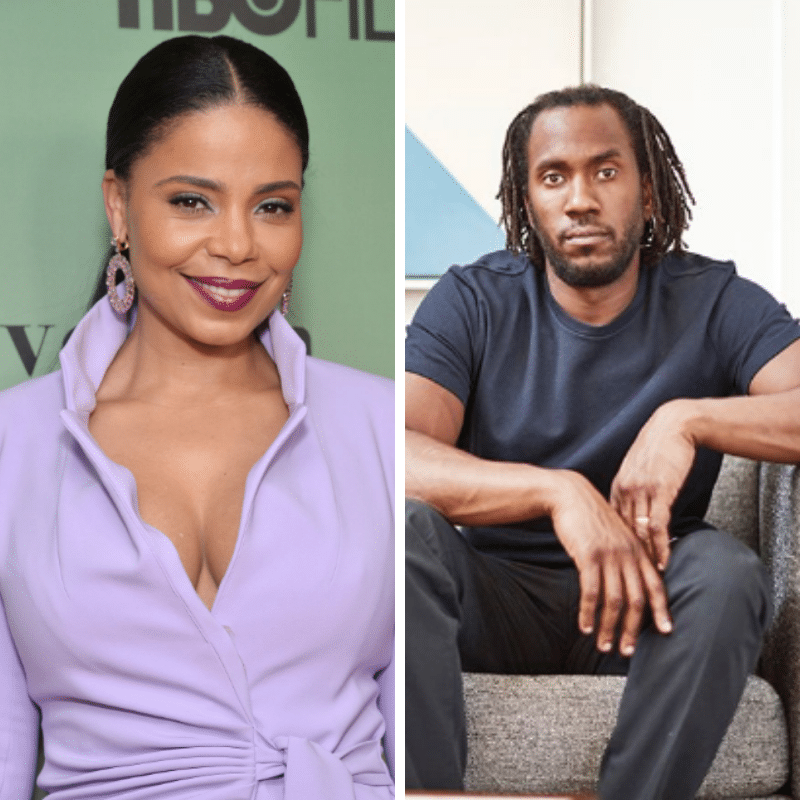 With the screenplay adapted by the popular, Pulitzer Prize-winning playwright Suzan-Lori Parks, this modernized version of Native Son is relevant, guttural and a necessary re-visitation of this classic 1940’s novel. The prolific scholar, psychiatrist, philosopher and writer Frantz Fanon once stated, “In the end, Bigger Thomas acts. To put an end to his tension, he acts and he responds to the world’s anticipation.”

Arguably, Bigger Thomas’ fate is all a part of the plan of the power-structure supported by systemic oppression, racial constructs designed to limit expansion and social constructs institutionalized to uphold and support classicism. While some may see Bigger Thomas as a stereotype, some may call him a hero who finally broke free, even if it was in his death. Within this modern rendition of the novel, Bigger Thomas (Ashton Saunders) breaks free from the mold. He’s not your typical Negro. He manages to be something ‘other’ and as his name metaphorically denotes, something even bigger than his supposed identity.

I recently sat down to talk with Johnson and Lathan who plays Trudy Thomas, Bigger’s mom to discuss the forthcoming film, Native Son.

Afro-Punk, A Form of Resistance

People often speak about Black male identity homogenously. In this modern version of Native Son, you’ve added many layers while allowing Bigger to step outside of the Black male construct. It would be all too easy to depict him as the typical, urban black guy from the hood. As a director, how did that factor into depicting Bigger Thomas with an Afro-punk persona?

Rashid: That was exactly the intention right off the bat. His Afro-punk persona introduces you to a protagonist, a character who was in a lot of ways unexpected. Because I do think that the assumption would be that Bigger, based on the background and what has been given us as his backstory would have a more stereotypical arc, backstory, and cultural understanding of the Black experience. And so when we introduce you to a character who does have this different cultural sensibility and is invested in other aspects and unexpected aspects of understanding.

Bigger wants to get his pilot’s license. In your opinion, what’s the correlation between the ability to fly and institutionalized oppression and social constructs?

I think it’s really about escapism. In this story, Bigger is invested in any kind of vehicle. Early in the film, we see him on his bike. Then we hear him talk about the opportunity to fly. A pilot’s license is a part of his vision. So we’re really talking about his vision or that the failure of his vision to give them agency or opportunity to move forward. Then he gets an opportunity to drive a car. He’s excited about the car. I mean, Bigger is excited about escape, right? He’s excited about mobility. He’s thinking to himself, how do I move? Right? And in a sense, it’s not married exclusively to the Black experience. But he feels like in the human experience, that he’s somewhat trapped in a space. The Black experience, you know, definitely has some mirroring to that.

In the book, Native Son Bigger rapes Bessie and he kills her, yet in the film, the screenplay for the movie — you let Bessie live. Can you speak to this shift in the narrative?

It was actually quite easy, because it was too hard to see Bessie face that fate, and in terms of the book in 1939, violence towards women was different at that time. We are now looking at it from a different lens. I think that all of the other incidences in the film would not be justifiable by Bigger committing that second crime.

Also, we had an investment in creating a Black female character. Bessie, in some way, is quite a bit different. She personifies the exploration of a character who was empowered. Who was strong enough to find a way for that not to be her fate. We initially wrote it for that to be her fate. And then me and Suzan-Lori Parks at night, both after reading that version contacted each other and we pulled it back. We said, you know what? Bessie is too strong for that. You know, we need this Black woman.

There is a scene where Bessie looks towards the abandoned building. She foresees Bigger’s fate. While you do not play Bessie, but rather Bigger’s mother, there’s still a bit of a continuum. Do you think that Black women carry the trauma of Black men in their bodies?

Sanaa: 100% I think that women carry the trauma of men in their bodies. I mean, if you want to get deep, there is generational and there’s genetic trauma. Literally, you’re born with. So we could be carrying the trauma of our ancestors who were slaves. I mean, and then there’s the trauma of your parents and who you grow up with specifically in the younger years. I know about psychology and how people kind of form their psyche from the time you’re in the belly to the time you’re 12. Whoever is around you is literally forming you good and bad for the rest of your life. So there’s that.

I look at my little sisters. I look at myself and I’ve definitely been shaped by the relationships that I’ve had.  You do take on other people’s shit and you can’t escape that.

Let’s talk a little bit about white privilege. Mr. Dalton depicts a liberal capitalist who’s okay providing opportunities to the poor. He’ll give to charity, but the range at which the Daltons’ of the world will give the economic opportunity for a real economic shift is limited. And that’s the context that their [white] children interface with other people of color. Is Mr. Dalton a genuine, white ally?

Rashid: I think that’s one of the real questions in the film. I think vigorous questioning in and of itself is that even himself and Bigger is the vehicle that we use to help interpret these questions, and how we navigate with Mr. Dalton.  For instance, Mr. Dalton says at one point that he contributes to the NAACP and Bigger kind of looks like quite confused because it’s this kind of micro-aggression that he interprets, right. And Bigger is really throughout the course of the film, like aggression that’s not intended to hurt you.

And the story is Mr. Dalton, Mrs. Dalton, Mary and to some degree, Jan who does have a level of consciousness may be a bit beyond the others, are well-intended folks. To some degree, they are allies in that respect. But there is a need in them for their allyship to be recognized. In a lot of ways, they engage with the ‘other’ hoping for their allyship to be recognized.

There was a point where Bigger pulls out his gun on Jan, and I was afraid for him because he seemed like he was genuine despite the difference of their racial constructs. Can you speak to some of the similarities, between Bigger and Jan?

Rashid: Jan does have an awareness. He is quite invested in this relationship with Bigger and see Mary’s failures to understand the complexities and the effects of classism because she has always only known wealth. They share similarities in that they understand what it is to have lack, and to feel confined by it.

This question is for you Sanaa. Bessie is loyal to Bigger until the very end and Black women are the least likely to date interracially. Why do you think this is?

Sanaa: I think it started in slavery because the Black family was so torn apart and there’s that understanding the Black man needs us. This is just my theory. I think that there’s a loyalty that the Black women have, and I don’t know the exact statistics, but it’s proven that Black women would rather be alone than date interracially. Whereas, Black men are more eager and willing to date interracially. I did a whole movie about this a couple of years ago. I think it’s just this deep, conscious and unconscious loyalty to black men and I think Black women are suffering because of that. I’m kind of loyal that kind of like not wanting to step outside of that.

Sanaa: Lynnette, you are like hands down the best interviewer.

Thank you! I enjoyed chatting with you both.