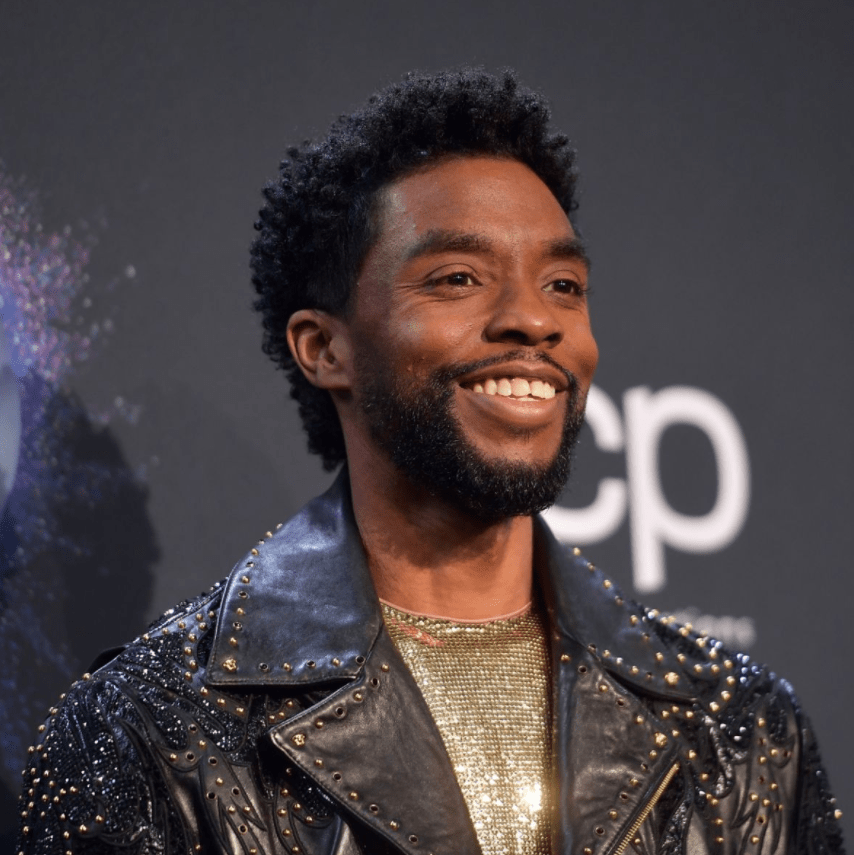 It is with heavy hearts that the world has said farewell to the iconic king, Chadwick Boseman.

The actor passed away on August 28, 2020, at the age of 43 after a four-year fight with colon cancer. Boseman died at his home in Los Angeles with his wife and family by his side.

He was known and loved for his epic roles as T’Challa in Black Panther, Jackie Robinson in 42, James Brown in Get On Up, and more.

Boseman’s other film roles included 21 Bridges, which he also co-produced, and Da 5 Bloods. His final film, Ma Rainey’s Black Bottom, will be released posthumously on Netflix.

Both fans and those that knew him personally agree that Boseman’s love for acting went far beyond fame. At the core of who he was, there was love and compassion for others.

His work on Black Panther made him an international star, winning him an NAACP Image Award and a Screen Actors Guild Award.

For so many fans, seeing Boseman’s portrayal of Black Panther was the first time they saw someone who looked like them as a superhero. Not only was he powerful and devastatingly handsome, but also truly and authentically smart, brave, and benevolent.

Born and raised in Anderson, South Carolina, Boseman discovered his voice as a writer and director at a young age. He wrote his first play, Crossroads, which was based on a classmate who was shot and killed.

Boseman had the ability to connect to others in a unique and powerful way long before he was starring in Hollywood films.

For his 2018 commencement speech at the historically Black Howard University (his alma mater), Boseman expressed to students, “Sometimes you need to get knocked down before you can really figure out what your fight is and how you need to fight it.”

His words now take on a much larger meaning than many people understood at the time. Boseman chose not to let his fight with cancer stop him from pursuing his dreams. Although he was very sick, he kept fighting until the very end.

Boseman received his BA in directing from Howard University and was quickly noticed for his talents. One of his teachers was famous actress and singer, Phylicia Rashad, who became his mentor.

In 2018, Rashad spoke of Boseman, saying, “What I saw in him was the sky was the limit. He never asked me to introduce him to anyone — that’s not his way. He was going to make it on his own merits.”

Rashad encouraged Boseman to apply for the summer program at Oxford University, and he got in. He couldn’t afford the tuition, and Rashad, along with Denzel Washington, stepped in to pay for him to attend. It would seem that Rashad was onto something that would take the rest of the world a little longer to understand — that Boseman was an exceptional person.

Denzel Washington also took a special interest in Boseman and helped him develop from a writer-director into an actor who would go on to portray many amazing roles.

“It was meant to be for Chadwick and me to be connected, for us to be family. But what many don’t know is our story began long before his historic turn as Black Panther. During the premiere party for Black Panther, Chadwick reminded me of something. He whispered that when I received my honorary degree from Howard University, his alma mater, he was the student assigned to escort me that day. And here we were, years later as friends and colleagues, enjoying the most glorious night ever! We’d spent weeks prepping, working, sitting next to each other every morning in makeup chairs, preparing for the day together as mother and son. I am honored that we enjoyed that full circle experience. This young man’s dedication was awe-inspiring, his smile contagious, his talent unreal. So I pay tribute to a beautiful spirit, a consummate artist, a soulful brother…”thou aren’t not dead but flown afar…”. All you possessed, Chadwick, you freely gave. Rest now, sweet prince.” #WakandaForever.”

The family bond between the two actors had been clear for years both on and off screen, as their mutual respect and admiration was palpable to anyone who saw them together.

Deeply felt reflections have been shared by an array of people that met and connected with Boseman during both his acting career and personal life.

BGN had the opportunity to speak with Boseman as well. CEO and founder Jamie Broadnax chatted with Boseman about his title role in Marvel’s Black Panther at San Diego Comic-Con 2017.

BGN is one of many outlets mourning this tremendous loss. With just about every news source, media outlet, celebrity, and fan in the world paying homage to the actor, this loss has been difficult to process.

In 2020 alone, audiences have experienced the sudden passing Kobe and Gianna Bryant, losing John Lewis, Little Richard, Naya Rivera, and so many more beloved leaders and stars, rampant police brutality and unrest, a global pandemic, and political discord. Boseman’s passing weighs heavy on so many hearts that are already so broken.

There is perhaps no one more torn apart by this news than Boseman’s wife and family.

Boseman had married longtime girlfriend Taylor Simone Ledward before he died of cancer. The two never made a formal announcement of their wedding, just like Boseman’s fight against cancer. It seems that they understandably wanted their family to have privacy.

Ledward, a jazz singer and Cal Poly Pomona alumni, began publicly dating Boseman in 2015, just a year before his cancer diagnoses. Boseman noted appreciation for her in the 2019 NAACP Image Awards.

“Simone, you’re with me every day. I have to acknowledge you right now. Love you,” he shared during his acceptance speech.

Boseman was undoubtedly loved and admired by many people. From his general warmth and artistic talent, Boseman left his mark on the world.

Boseman once said, “You have to cherish things in a different way when you know the clock is ticking, you are under pressure.” At the time, many people assumed that he was talking about the general limited lifespan of human life. However, his words have a transformative interpretation now that fans know about Boseman’s long battle with colon cancer.

He seemed to truly live by his own words as he spread so much joy and put so much energy into his work. There was so much intention and tenacity in everything that he did and all that he gave.

BGN, like so many others, wishes to thank Boseman for his work. Even in his passing, he reminds Black people that Black excellence and futurity have always been ours to claim and celebrate.

Boseman set the bar high when it comes to Black role models that transcend anti-black stereotypes and societal limitations on and off screen.

Moreover, he constantly reminded the Black community that Wakanda will always be relevant. Wakanda is yours, Wakanda is mine, and Wakanda is forever. Although Boseman is no longer with us, his life is a symbol of the survival of Black futurity.

While everything seeks to destroy Black life, his life reminds us to carry on and make great use of our limited time.

May Boseman rest in power, as he will remain our King T’challa for all of time.