Actually, we were all crying in the last Hall H Panel of the CW show, Supernatural. The show enters its 15th and final season this fall. Supernatural is the longest-running sci-fi genre in the history of American prime time television and its fandom is strong.

It’s been a long road but the fandom, myself included, have carried on and gone on this epic journey with Sam and Dean Winchester, so it’s a bittersweet moment to say goodbye. I’m also excited to see what the next season has in store for us. Moderating the panel was Rob Benedict (Chuck/God) and Richard Speight Jr. (Gabriel/Trickster). The panel itself consisted of Director and Producer Bob Singer, writer Andrew Dabb, Misha Collins (Castiel), Jensen Ackles (Dean), Jared Padalecki (Sam), Alexander Calvert (Jack), writer Eugenie Ross-Leming, and writer Brad Buckner.

The presentation started with a video of a look at the road so far. The video went through highlights of all 14 seasons. It was pretty awesome. We got a pretty decent look at all the characters who have been a part of the Supernatural story. The first thing Jared said when it was over was, “Can we all start crying?” This was the sentiment that echoed through that hour. 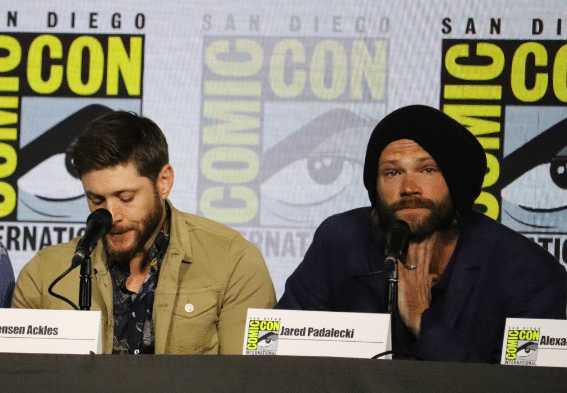 The entire cast and crew had the same emotions of thankfulness and spent time reiterating how special this final panel was for them. It’s a show that people have literally grown up on. Jared and Jensen were both in their 20s when the show started and are now married with kids. Jensen shared the fact that when they first started the show, they thought there would be two, or maybe three seasons max of this show. “We put our lives on pause and we booked it up to Vancouver, he said. Life never unpaused and it’s been quite a ride. Lifelong friends and experiences of a lifetime.”

Misha started on the show in season 4 as a guest star and quickly became a fan favorite as the angel Castiel. He talked about how he wrote a “goal card” where he wanted to be a regular on a show that was super creative and become lifelong friends with his cast mates. “I just came across that and I couldn’t believe that it came to pass. I consider these guys lifelong friends. I could never have dreamed that along with that could come to this fandom.”

Alexander started the show recently having joined in Season 12 as Jack, the Nephilim and son of Lucifer. He too gained the love of the fandom in his role. Alex was not as emotional as the others but had this to say about him and his character, “Jack had a not so great end to the season. But, for me, Jack’s journey and my small part on this show have been truly incredible. I’m excited for all these people to see this journey come to an end.”

Being able to relive the beginning and earlier parts of this series was an emotional experience. Bob Singer reflected on the show has been a part of it the whole time, the pilot episode excluded. “When you cast a show you don’t know, you could cast two great actors who have no magic in the bottle. But these guys are incredible.” The show and characters were created by Erik Kripke who passed the torch to Bob, although never really leaving the Supernatural family all together. “Erik created these two characters and a foundation was built early. When Eric left, he left us with a lot of great things. It’s been a joy. You never imagine 15 years but it seemed to have gone by awfully quick because I’ve enjoyed every minute of it.”

It’s extremely rare for a show to last this long. Fans would be quick to say it could have lasted even longer. It wasn’t canceled, but a decision by cast and crew to call it quits while they were still ahead. Looking forward to season 15, there wasn’t much given in terms of what we can expect to see in October, but the writers were open to expanding on what we saw in the finale episode of season 14. “The Chuck reveal in the last season really opens up the idea of free will, which we’ve been talking about all along,” says Andrew. “It puts everything into doubt for the boys. You did save the day. Those were authentic victories. But the idea will play through the whole next season,” says Brad.

As the panel began to wrap, the question about their thoughts and the legacy they hope to leave behind was asked. It got very somber at that moment. Down the line, the panel gave emotional testimonies.

Bob started, “I’m kind of a late comer to Comic-Con. I was always up in Vancouver directing and never really wanted to come. But I think I’ve been coming the last three or four years and it occurred to me how much I missed. This is really an experience being here with you people doing this show for as long as we have. It’s been a remarkable experience. I think as the guys said, this show will end but I think the friendships and the memories that we’ve all had together, they’re going to live on for as long as we’re here. So I just wanted to thank everybody that’s on this panel. And thank all of you, the people who have made these 15 years a dream come true.”

Andrew said, “It’s been an incredible privilege to work on the show and be a part of this family. And I think this is something that most of us up here will never experience again. And so it’s just amazing, and we thank you for making it all possible.”

Misha, who definitely had us all crying said, “We were all backstage, promising each other that we weren’t gonna cry. And we all knew that we were lying to each other. Just love you guys. Thank you. Jensen chimed in. “Yea guys. Thanks for showing up. You know this, without you, we wouldn’t be here.” Everyone was crying at this point. “I will say one thing about the future. I hope in the future this fandom continues to function as a family after the show is over. I hope that you guys continue to be a force for good and companionship in the world. You guys have been so supportive of one another and so supportive of us. And I think it’s a family that’s not going to go away just because the show goes off the air. And I just think we all love you guys very much, so thank you. 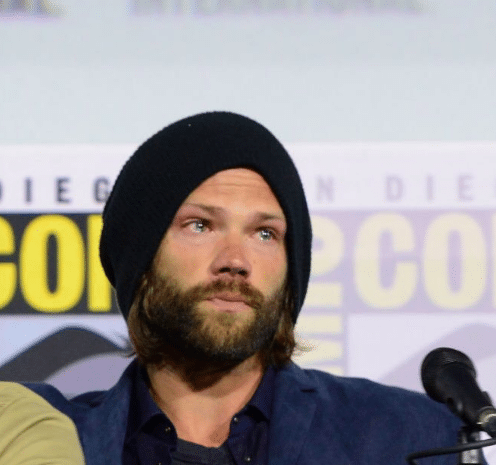 Jared, wiping away tears and hiding his eyes under his iconic blue beanie said, “He [Jensen] and I talked about this, and we actually talked about this for about two or three hours on the show and about how lucky we are, we still have a job to do. I feel like, I’m really lucky because my friendships won’t go away. And Sam Winchester, for me won’t go away. He’ll be a part of me forever.

Jensen followed up by saying:

“Yeah, looking back, I’m really proud of the work that this team has done for this long. To do a show, it’s not easy to make television. It’s not as easy as people may think. You see the 42 minutes that we release to the masses, but to get those 42 minutes is eight days of very intensive work. After that’s just the filming of it, there’s pre-production, there’s prep, there’s the writing, there’s the conceptualizing. There’s a lot that goes in, and it takes a lot of a lot of very talented people. To give you guys, the best thing we can, the best product we can make. And I’m really proud of that product. After this long on a show, to still truly love what we do and, and be proud to hang my hat on that at the end of the day is what I’m going to take with this. That’s one of the legacies that I’m proud of is knowing that I put it in, I put in the effort. We all did. Everybody puts it in and nobody phones it in here. I’m thankful that you guys can appreciate that.” 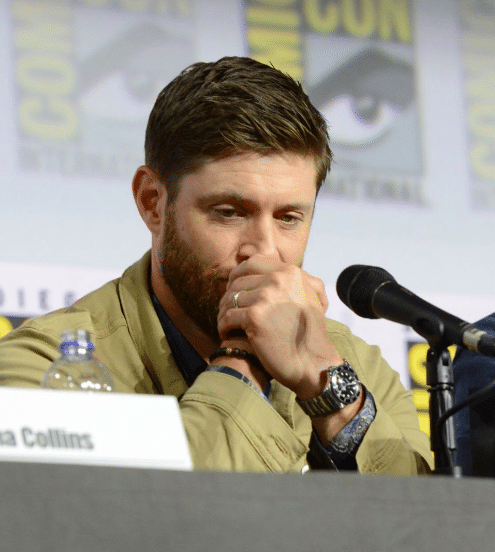 Tears galore. There was still time for some audience questions. One being for Misha on if he was planning to take anything from set, to which he replied, “Yes, I have plans. I’ve already rented a semi tractor-trailer and built a cage in which I will put Jensen and Jared.”

After all of that, there was a short video on Baby because let’s face it, she is a major part of the Supernatural cast. The 1967 black Chevy Impala has been a staple of the show since the beginning. Small toy replicas of the car were given to audience members. But, the real star moment was one a drawing was done for one lucky winner to win an exact drivable, replica of Baby. The drawing was only open to those who were able to ask questions, but still nuts! The people who work on Baby on the show handcrafted and put it together for one lucky fan. Tears suddenly turned into faces of utter shock. What a special way to exit the last Supernatural panel.

Supernatural will air on the CW Thursday, October 10. Feel free to catch up with the Blue-ray/Dvd of season 14 which will be available on September 10. Carry on you wayward sons and sisters.