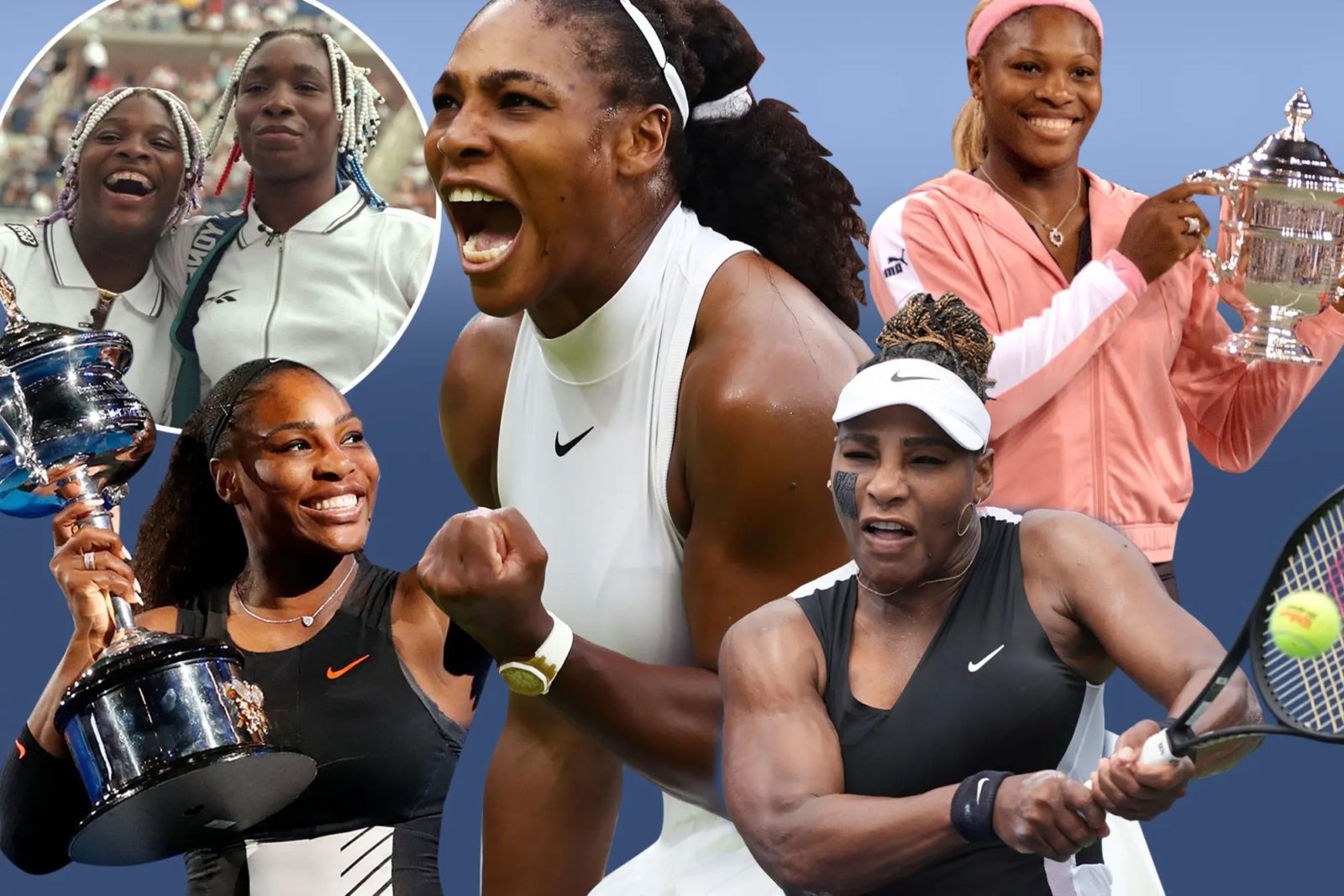 I remember my grandpa retiring from his job at the chemical plant after 30 years. Soon after, my nana retired as a licensed practical nurse after the same amount of time. Back then, retirement meant collecting full pensions and full benefits; throwing in a gold-plated clock for good measure. Their hope was to provide a haven for their children and grandchildren while resting from decades of work that depleted their mental and physical strength. It truly was their time to do what they wanted to do.

In her recent essay in Vogue magazine, Serena Williams rejected the word “retirement,” as she explained that she would be “evolving” from tennis. As with her entire career, she’s doing it on her terms.

Serena Jameka Williams, mama to Olympia, daughter, sister, and friend. Icon. She is multifaceted and creative. She is an entrepreneur, philanthropist, and designer. She dreams big and lives life even bigger.

Williams learned tennis from her father, Richard Williams, on the public courts in Compton, California. She turned professional in 1995 — one year after her sister Venus. Her powerful serves and athleticism drew the attention of everyone that watched her. Although many predicted that Venus would be the first to win a Grand Slam singles title, Serena accomplished that feat by winning the 1999 U.S. Open.

In 2012, Williams returned to the court and won her fifth Wimbledon singles title. A month later, at the London Olympic Games, Serena won a gold medal in the singles event, becoming the second woman (behind Steffi Graf) to win a career Golden Slam. Later that year, Serena claimed her 15th Grand Slam singles title with a victory at the U.S. Open. In 2013, she won her second French Open singles championship and fifth U.S. Open singles title. Williams successfully defended her U.S. Open championship in 2014, which gave her 18 career Grand Slam titles. This tied her with Chris Evert and Martina Navratilova for the second highest women’s singles total.

The following year she captured her sixth Australian Open. Williams won the 2015 French Open — her 20th Grand Slam singles championship. She continued her torrid streak at Wimbledon, winning a straight-set final to capture her sixth Wimbledon singles title. Williams won Wimbledon again in 2016. This gave her 22 career Grand Slam singles titles, which tied her with Graf for the most Slams in the open era for both women and men. Williams broke Graf’s record at the 2017 Australian Open, where she defeated Venus in the final.

A little Black girl that just wanted to play tennis, Williams has amassed numerous accolades, awards, achievements, and honors. She deserves every single one. If you watched King Richard, you know she wasn’t very good at tennis. She did not get all the opportunities her sister did but it made her work even harder.

The thought of not seeing her play a sport that she helped revolutionize is difficult; a sport that Black people didn’t really watch until she came through. Her words about moving on were difficult to read:

“There is no happiness in this topic for me. I know it’s not the usual thing to say, but I feel a great deal of pain. It’s the hardest thing that I could ever imagine. I hate it. I hate that I have to be at this crossroads. I keep saying to myself, I wish it could be easy for me, but it’s not. I’m torn: I don’t want it to be over, but at the same time I’m ready for what’s next.”

When I think of Serena Williams, of course, tennis is the first thing that comes to mind. However, it’s also how she’s changed and expanded the image of Black women; how we can be smart, strong, and beautiful without apology.

I think about the classic moment Williams crip-walked on the court after winning Olympic Gold in London 2012. I think about the black catsuit she wore at the French Open 2018 that was banned and sparked a national discussion about Black women’s curvaceous bodies and what was considered beautiful.

I think about all the times she was referred to as masculine and how she pushed back against that narrative. I think about her being labeled and even drawn as the “angry Black woman” for speaking up for herself. I think about how heavily she’s been critiqued with some of the worst stereotypes that Black women face, including racism on and off the court. Despite it all, she still dominated and cemented herself as the G.O.A.T. among men and women in the sport of tennis.

It’s her perseverance for me. It’s excellence in the face of diversity. It’s the legacy she leaves. I hope she knows what she has meant to all of us, and to all the little Black girls that she lit a fire inside of their hearts. Whatever the future holds for Serena Williams, we will be watching.