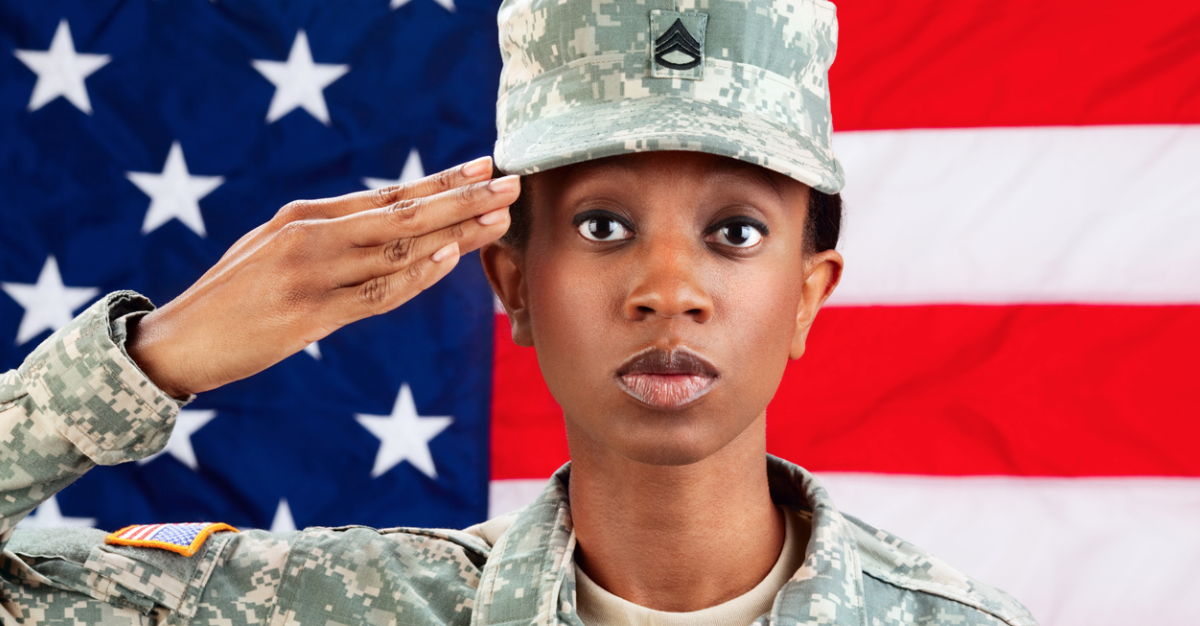 The plan was to go to college after high school. It was an implied requirement in my family. My parents never gave me an ultimatum or a finger-pointing speech, but we did have numerous discussions about how obtaining a degree was my ticket to a secure future. But as high school graduation got closer, the reality was that there just wasn’t any money for me to go to college.

My dad was stationed in Fort Stewart, Georgia, at the time. I had spent my whole life as a military brat and watched my dad accumulate twenty years by the time I was a senior.

So, feeling defeated, I sat down with my dad for a “come-to-Jesus meeting.” His solution: join the Army. I knew it wasn’t some half-baked idea that he came up with to help save me from myself. It came from a good place. I, on the other hand, thought his good place was way off base.

Me, in the Army? Surely, he wasn’t serious. Turns out, he truly believed I had the goods to be a soldier. I promised him I would give it serious thought.

I had to admit that joining the Army checked all the boxes — travel, learn a skill, and, best of all, pay for college. It would also be a plus that I could join as a reservist; I’d serve one weekend a month and attend training two weeks out of the year. Hesitant but hopeful, I enlisted.

I served eight years in a medical unit as a headquarters administrative specialist. I handled everything from making sure soldiers’ personnel files were in order to ensuring they were paid. My time in service was invaluable and has had a lasting effect on my personal and professional life. I discovered things about myself that I didn’t know I had or that I could do. I’m proud to have served my country. I’m a proud veteran, right alongside my dad.

November 11 is Veteran’s Day — a day set aside to remember and honor those who have served in the United States Armed Forces. For their selfless sacrifice and service, we give thanks and respect to them.

October 20, 1978, marked the end of the gender-segregated Women’s Army Corps (WAC) and the full integration of women in the U.S. Army. It was the first time in the 36-year history of women in the U.S. military that the Army provided its women troops the same rights and privileges as the men.

Lieutenant General Nadja West became the first Black surgeon general of the U.S. Army, December 11, 2015. In 2013, she was also the first Black woman major general in active-duty service and was Army Medicine’s first Black woman two-star general. West is the highest-ranking woman to have graduated from the United States Military Academy.

The participation of Black women in the military doesn’t get enough attention, so the story of Cathay Williams is one to remember. In 1866, she was the first Black woman to enlist in the United States Army. Because women could not serve at that time, Williams enlisted under the fake name William Cathay and served in an infantry division for three years. How she pulled this off is remarkable in itself, especially in the 1800s.

Joining the military is not an easy decision for anyone to make. Many Black women, like myself, come from families with a tradition of military service and make the decision to enlist based on that factor. In the ’90s, I saw many of the girls I went to school with enlist in different branches of the military. Looking back, it was almost as if they were being targeted and recruited. In some respects, this could have been the case. What I can attest to for sure is that job training, benefits, and the financial means to pay for college were major incentives.

When we have conversations about protecting Black women, I feel the U.S. military has a unique opportunity to do just that by decreasing poverty and increasing equal opportunity for Black women from disadvantaged backgrounds. The military is also in a position to create positive social change. There have been great strides over the years such as the Don’t Ask, Don’t Tell policy, allowing women to serve in combat positions, and lifting the ban on transgender service members.

However, there are also barriers after leaving military service. Speaking and working with other Black women veterans, I have found that this is an area that is overlooked. How do we develop our identity as veterans after harsh experiences of racism, sexism, classism, and other forms of discrimination while serving in the military? There is also a lack of recognition after returning to civilian life. The struggles Black women veterans are real and happening under our noses every day.

Black women have served in the military for generations and continue to break barriers. They have provided a blueprint for other women to follow on their journeys in the military. After service, Black women veterans transfer their skills and experiences to their careers, to their communities, and leadership in every industry.

For many, the military made a way out of no way. Some have given the ultimate sacrifice. Being “thankful” to veterans will stir different emotions for them as we honor their service. I assure you it’s appreciated and not taken lightly.