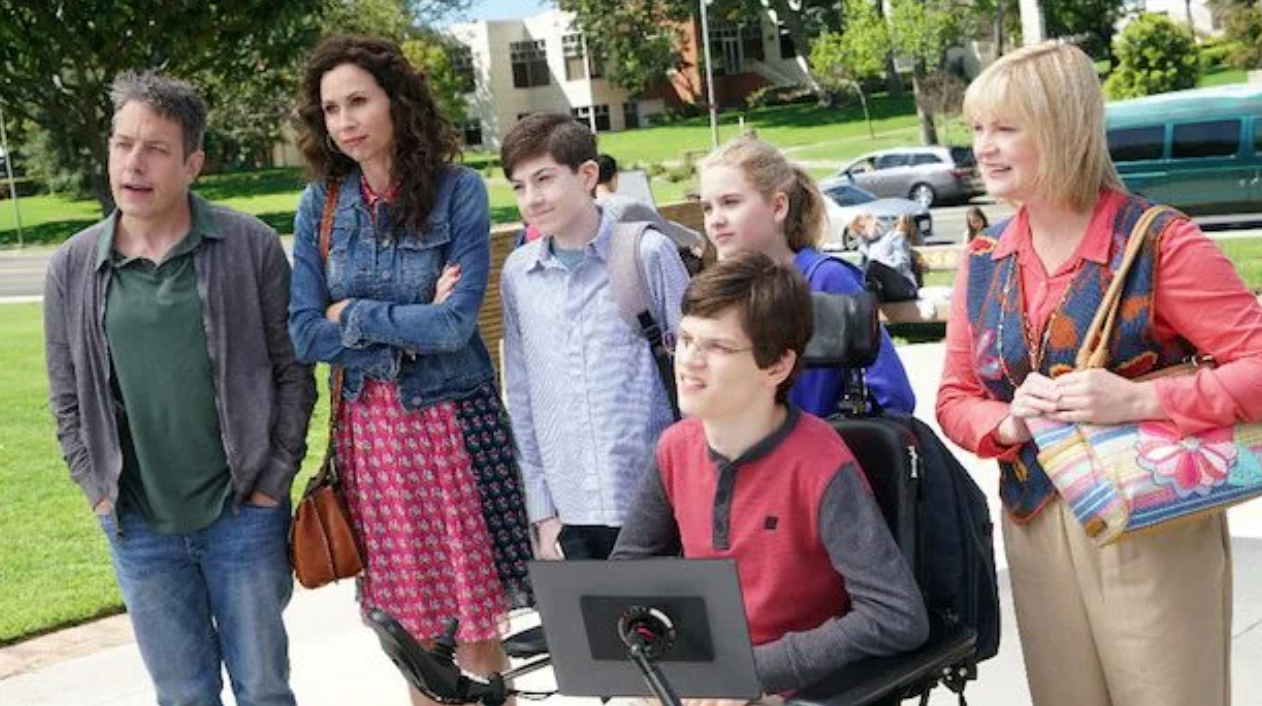 This show keeps getting better. The Dimeos are true to character, and I am thankful for it. Thanksgiving isn’t always thanks and happiness. It is stressful and sarcastic with no doubt multiple things going wrong. Speechless is willing to give us the family drama with laughs, so we can laugh about our own family mishaps.

The Dimeos look at their extended family in disgust due to the outrageous manner in which they present themselves. First is a rich uncle who constantly talks about how much money he has from his dental practice. Then there is an aunt who constantly cries and an old woman who constantly relives her past dancing days. Finally, we see an idiot kid cousin who always says one word the entire day.

It is so funny and spot-on when Jimmy tries to get out of going to his brother’s house for Thanksgiving. When they can’t think of anything, they immediately say JJ is sick. The Uncle’s response of, “What’s wrong? Besides the cerebral palsy,” was ridiculously dumb. However, the rebuttal of coming over to their house was a hilarious scenario that was bound to happen. In hilarious fashion, the Dimeos decide to make a game out of their misfortunes. The person who racks up the most points with their annoying family member of choice gets the wad of cash that Uncle Billy usually dishes out.

Of course, Jimmy racks up the points with his brother, who could not stop talking about how rich he was and all the things he bought. I felt so sorry for Jimmy — not only was his brother talking non-stop, it was really annoying to hear about all the money. As crazy as the aunt was with her spontaneous crying, the old lady dancing for JJ (hilarious Harold and Maude reference by the way), and the cousin constantly saying “YAASS”, Uncle Billy was the worst.

Even at the moment when the family finds out the uncle is broke, I felt no sympathy whatsoever. But in the end, when Jimmy gave a wad of cash to his brother by selling the T.V he had just bought, I remembered what Jimmy said to Dylan about them being lazy, but not jerks. I respected Jimmy and Mya for doing something nice for their extended family, despite the awful things that they do.

This episode reminded me that family is family. No matter what they do to you or how they act, you always love them. It also reminded me that you may have problems of your own but you never know what someone else is going through. Everyone has problems! Even though no one actually ate Thanksgiving dinner, it was nice to see them all spend the day together. Who doesn’t like shopping when you can cut the line with a guy in a wheelchair. JJ has no problem being used for that, especially when he has witty comebacks:

“I’ve been sitting in this chair for 17 years.”

This show is awesome, and if you haven’t given it a try… you should. It’s funny, it’s thoughtful, and it’s a family that you can love. The situations they find themselves in are so realistic, and it’s a great satire of life.

“Brotherly love over a Ray-cation”

After seeing the family dynamics between the Dimeos, it was nice to get a deeper look at the brotherly bond between Ray and JJ. The two of them have been seen together at times when Ray is the butt of the jokes or is dealing with some awkward experience. This week’s episode of Speechless gave us a glimpse into how Ray and JJ really feel about each other.

This was indeed a suspenseful episode revolving around both JJ and Ray. JJ needed a plan to get a kiss from the girl he likes, and Ray needed a plan to get him to school on time for a field trip. These are all plans that the family needs to rehearse because they’re a crazy mess, and I love it.

Even with this family, practice does not make perfect. The trial run for JJ’s kiss is hilarious because Ray willingly plays the part of Claire. The comments that ensue are fantastic. Ray appreciates how smooth and charming his brother is — even if it was pretending. Although JJ didn’t get the kiss he wanted, he learned that he can’t rely on his family to help him do everything. I appreciated the life lesson.

Ray needed his family to come together to be on time for school so that he wouldn’t miss the boat for his field trip. This family is ridiculous and so realistic (at least to me). The best part about their trials was when they were early. They thought they could get breakfast, so they ended up being late. My family has done that numerous times. In the end, Ray left it to a car service to get him to school on time. Clearly, he knows his family very well.

The two stories collided when Speechless gave the Dimeo family and me all the feels. JJ reached out to Claire on his own and got rejected. I am glad it was done off-screen because I don’t think I could have handled the actual “not into you” moment. I am way too invested emotionally with these characters and this show. But that’s how good Speechless is.

Ray decides to miss his field trip to console his brother, and it is the sweetest gesture. This shows how close Ray and JJ really are. The bonding moment on the beach where Ray actually comforts his older brother is great. I love how the other family members didn’t interrupt when they found them. They just let them be on the bench by the ocean. They didn’t even care that they cut school. Ray felt no shame in divulging all his women fails to JJ. It was cute. Then they looked out into the ocean, dreaming of Emma Watson. Hilarious.

This show is fantastic. It is the first season, and I am already invested in everything that happens each week. It is my mid-week laugh session for sure. Catch up with the Dimeos on ABC and get ready for next week’s all-new episode.