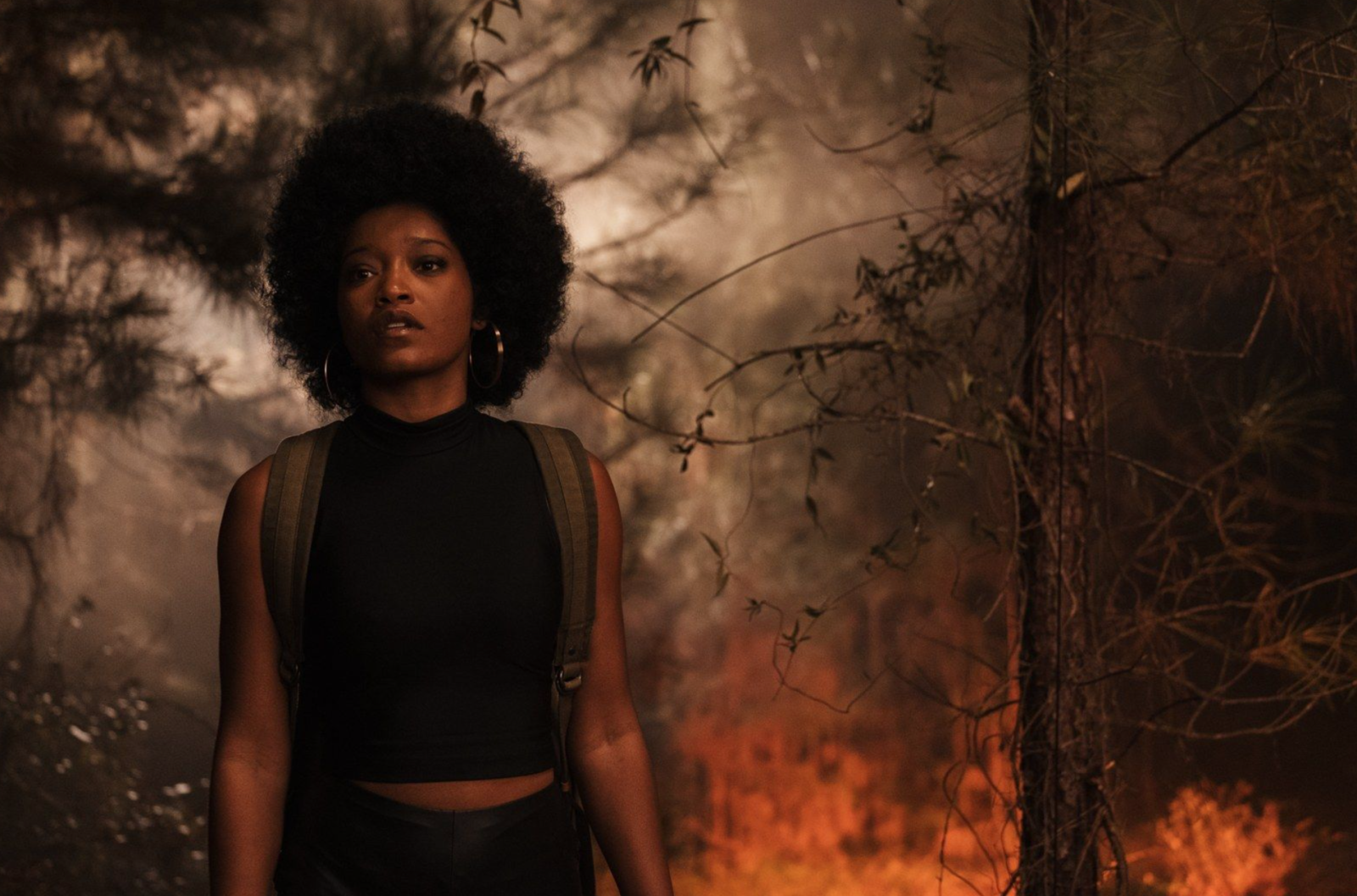 The story of Alice is inspired by true accounts while also being a creative work of fiction.

Writer/Director Krystin Ver Linden’s film Alice tells the story of a woman caught between two timelines in history. The titular character Alice, played by Keke Palmer, is a slave living on a plantation being physically and sexually assaulted by her slave owner Paul (Jonny Lee Miller). In spite of all of the horrifying trauma she’s been put through, she has a fighting spirit and wants to leave the Georgia plantation. When her husband is caught, tortured, and left for dead, Alice finally realizes she’s had enough. She runs away battered, bloodied, and bruised through the neighboring woods. Suddenly, a speeding car accelerates swiftly into frame, and Alice is perplexed by what she sees.

She stumbles onto the highway, stops in the middle of the road, and is nearly hit by an oncoming Mack truck driven by Frank (Common). The sight of the truck and her near-death experience takes her breath away, and she immediately faints. This is where the timeline of Alice’s story shifts from a period of slavery to the post-civil rights era of the 1970s. The year is now 1973, and Frank, a former political activist, saves Alice but also ends up learning more about himself in the process of their time together.

The film has its share of funny moments as Alice tries to get acclimated to contemporary life. She takes a bite out of a bologna and mustard sandwich (not knowing what bologna is), winces her face, and finds that it tastes salty. Frank, not having any idea where she came from or what is going on, can only assume that the head trauma she suffered from passing out on the highway asphalt was enough to cause some memory loss. However, it gets more bizarre for Frank, and funnier for us as viewers, when we see Alice amazed at seeing Black people walking around freely in 1970s Georgia.

There are various themes of Alice that wrestle with issues of Black liberation, activism, and justice. While the two leads Alice and Frank serve each other with a distinct purpose in the story, the performances of each actor are unbalanced. Palmer delivers a passionate, thought-provoking, and brilliant depiction of a woman trapped in the past and struggling with identity. When she’s attacked by her slave-owner and screams, it’s visceral and terrifying. When she cries, you feel compassion. Her emotions permeate the screen.

Unfortunately, the same cannot be said for her co-star Common, who oftentimes feels like he’s just there. His character does have a genuinely rich backstory that helps frame who Frank is, but sadly, it doesn’t resonate on screen because Common lacks the emotional bandwidth as an actor to give Frank the depth he deserves. This is a case where even though the writing is there, if the performance falls short, it’s challenging for the viewer to connect with the characters.  Alice is at least a distinct and consistent character throughout the film, and it is her fighting wit and her strength that make her so compelling. She’s tough as stone — a Rolling Stone in fact. The popular magazine of that decade lays on a table with an iconic image of Diana Ross, and Alice slowly models her identity after her.

While I did enjoy Palmer’s performance and the story did have some potential, the pacing of this film needed some work. The plot meanders and takes its time to get the audience to the inciting incident. With Palmer and Common being the two leads who are carrying the film and soaking up most of the screen time, their characters together are not enough to keep the viewer engaged.

It’s wild to believe that Alice is based on true events as the opening credits of the movie suggest. Krystin Ver Linden is making her feature-length debut with this movie at Sundance 2022. The filmmaker read true story articles that paralleled the experiences Alice has in the film. She says, “I first read articles that spawned my inspiration to put pen to paper on a Sunday — by Monday night I was forty pages deep into the screenplay. I was already envisioning the film…it had a texture, tone, and pace that I knew, if done right, would be something special.”

Linden takes creative liberties with this story but infuses elements of real-life historical accounts of slavery, peonage, post-civil rights, and the Black Power movement into her narrative. While the film does slip into the “fight for what you believe in” trope at times, at its core, it delivers an underlying message that the fight still continues, no matter what place in history you belong in as a Black person or what timeline owns you at the moment.  The fight still continues.