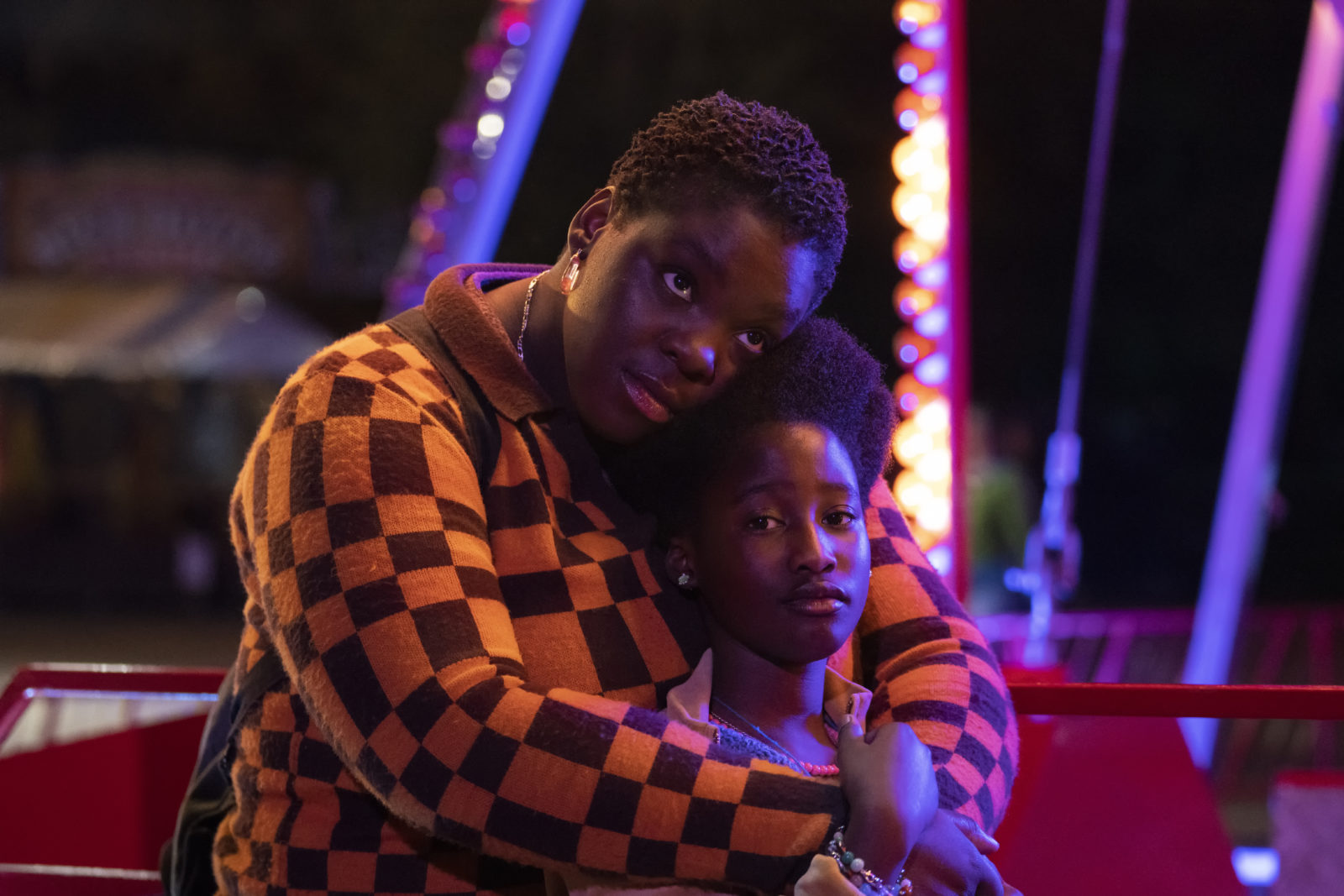 Writer-director Adura Onashile makes her feature directorial debut at this year’s Sundance Film Festival with Girl, the story of a mother-daughter bond put to the test as the daughter feels more and more drawn to the outside world. Named a Screen Star of Tomorrow 2021, the British-Nigerian filmmaker is best known for the BAFTA Scotland-nominated short Expensive Shit, an adaptation of her 2016 play previously featured in the Edinburgh Festival Fringe.

Set in Onashile’s home of Glasgow, Scotland, the film tells the story of 24-year-old Black immigrant mother Grace (Déborah Lukumuena) and her 11-year-old daughter Ama (Le’Shantey Bonsu), who obsessively keep to themselves in their small apartment in a council estate. They have each other, but there’s still a sense that they’re both lonely separately.

Grace tells her daughter not to trust anyone or draw attention to herself, but Ama’s inherent curiosity leads her to break the rules. When she’s alone in the apartment, she spends her time by the window looking into apartments across the way, observing the different lives of the people she can’t connect with.

Grace reluctantly lets Ama attend school, which visibly makes Grace anxious. Throughout the film, we see abstract flashbacks to when she was a young girl in another country. The only thing we know is that whatever happened was so traumatic that it still affects and dictates her life, resulting in her intense protection of her child. The fear and anxiety that she’s passed onto Ama are palpable in just about every scene. We’re not sure what the current threat is, but we simultaneously feel Grace’s panic and Ama’s confusion and frustration.

At times, it seems like Grace doesn’t want the responsibility of being Ama’s mother, but her moments of anger stem from a deep love and desire to protect her at all costs. Despite the strict limitations she imposes, Grace creates a faraway fantasy for Ama, often recounting the fictional tale of the two finding each other. The story is repeated by both mother and daughter like a reminder that even though things are bleak now, their origins sprung from a magical place. Onashile told Screen Daily that she always wanted to show “how beauty can exist in spite of fear and danger.” That juxtaposition creates a complex situation for a burgeoning 11-year-old to navigate.

One bright spot in Girl is the innocent friendship between Ama and her neighbor/classmate Fiona (Liana Turner). Their joy shines through despite the mundane, sometimes sad surroundings, a less extreme version of the girls fleeing the tense situation at the motel and going to Disney World in The Florida Project. Meanwhile, Grace experiences frequent panic attacks that lead to outbursts directed at anyone trying to help her, such as Danny Sapani’s Samuel.

Grace, played by French actress Déborah Lukumuena in her first English language role, is a complicated character riddled with flashing dark images of her past. She’s nearly agoraphobic, only feeling safe in their home even though it’s incredibly claustrophobic. The constant sound of outside voices that permeates the insular world of their apartment is suffocating. But after a while, it becomes the norm, and for Grace, the noise allows her to stay hidden among others. It could also remind her that the more people around them who could pose a threat, the more they’re ultimately unsafe. Still, she feels strength in anonymity.

Composer Ré Olunuga’s (Rise) music elevates the film’s hybrid tone of sorrow and whimsy. From the beginning, there’s a chorus of harmonizing voices playing over the sounds of everyday life. Coupling the music with the visual intimacy from cinematographer Tasha Back (Hunger), the film’s overall feel is haunting and atmospheric. Back uses close-ups to dig deeper into the mindset of the introverted characters, showing us the details they see in each other. Their skin is lit beautifully as well. During the day, it’s mostly natural light; all the colorful lights of the city illuminate nighttime, particularly the streets of Glasgow as Grace commutes to her overnight job.

The small cast delivers powerful performances, especially Lukumuena and newcomer Le’Shantey Bonsu. Onashile’s extensive experience as a theater actress likely makes her an actor’s director. Given the heavy subject matter and closeness of the relationships, there’s a vulnerability that’s demanded of both characters. Those performances become most authentic through working with a compassionate, supportive director.

Girl is a coming-of-age drama about the life-altering effects of one person’s trauma and the difficulty in keeping it from infecting others. Adura Onashile favors the impressionistic over the explicit, leaving the audience to fill in the blanks. We’re given such little information about the looming threat perceived only by Grace that it makes us lean into every moment waiting for a big reveal. It creates a completely immersive, claustrophobic experience.

Girl has its world premiere in the World Cinema Dramatic Competition section of the 2023 Sundance Film Festival on January 22. The film was recently selected to open this year’s Glasgow Film Festival in March.

Sundance 2023 Review: Danny and Michael Philippou’s ‘Talk to Me’ Explores the Consequences of a Supernatural High

8 Must-See Films to Catch During Sundance 2023