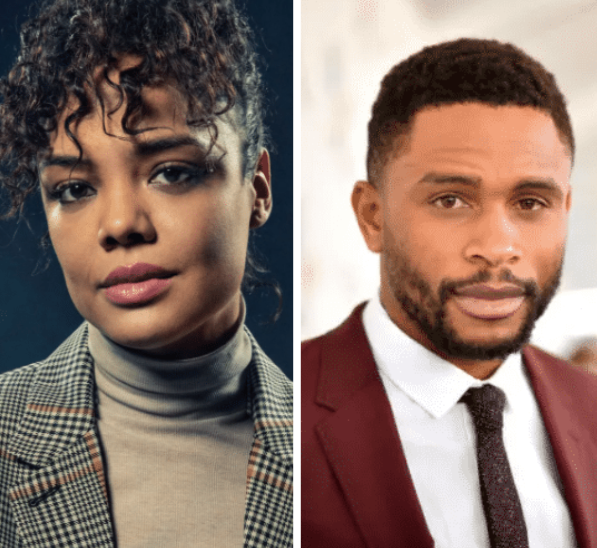 It was a chill Zoom set for Tessa Thompson and Nnamdi (nam-dee) Asomugha as they sat in their respective residences and talked up their music-filled romance film, Sylvie’s Love, debuting on Amazon Prime Worldwide, just two days before Christmas.

Co-stars Asomugha (a former football player best known for his acting work in Crown Heights) and Thompson, also one of the executive producers, discussed, among other things, finding their way into that 1950s jazz era, plus something about a “chocolate Redford” — well, you’ll see in the video below.