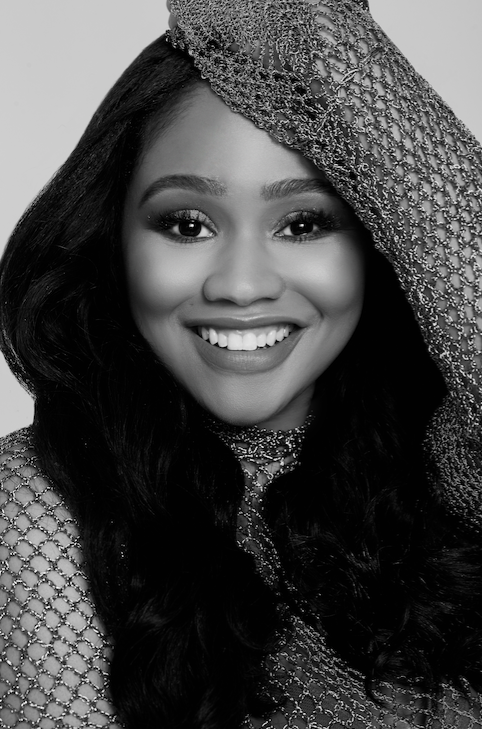 Tanisha Long has always found joy in the weird and the comical. Growing up admiring characters from SNL or In Living Color, Long went on to pursue her own career in the comedy sphere. After training and eventually becoming a regular performer and house team member at New York City’s Peoples Improv Theater, Long booked her first feature role in the movie Admission, starring Tina Fey and Paul Rudd.

However, Long has now moved on to play the role of Layne in the BET+ hit show Bigger. Layne, an up-and-coming vintage shop owner who tries to find peace in life by any means necessary, faces the struggles that many Black women face but are rarely discussed as truthfully. From love, career, and simply finding the joy in life again, Layne and her friends take Atlanta by storm.

BGN talked with Long over the phone to discuss her background in comedy, how she sees parts of herself in her character, and how Layne’s courage provides a character for numerous Black women across the world to look up to.

What led to you deciding to join the cast of Bigger?

When I first had this script, I was just intrigued. It was hilarious from the first page. I have a very specific taste in what I think is funny as a comedian and a lot of times during pilot season, you might see scripts that are very similar over and over again. Usually as a Black woman, when you’re inserted into those cookie-cutter scripts, you are comedic relief because of your race and gender. Maybe because your name has a “-isha” on the end, and my name really does have “-isha” at the end. When I read that in a script, I get really offended. I’m like “Okay, is this how Black women exist in comedy, network TV and movies? If this is that, I can’t do this.”

I was in this place emotionally where I was ready to leave acting. Luckily, I got the script, and it was so good. All the characters were so funny and so fully fleshed out. It felt so smart and edgy in a way that was so interesting without being terrible and mean. For me, we already live in a really mean world. I don’t need to exist in that kind of “make-believe land.” I was just really lucky because the script was really great.

What similarities and differences do you see between yourself and Layne?

I guess I’m quirky. I like to think I’m a dork. People like to let me know I’m weird a lot. I’m gonna go with that. My friends don’t think I’m weird, but people I meet are like, “You’re not from around here,” I’m like, “I’m from West Philly. What does that even mean?” Like I am an alien. I do love fashion. I actually went to school for fashion merchandising. I changed from that to the major of marketing. This is similar to Layne because she left a marketing job to go do fashion and own her own store. We have that in common.

Layne is very spontaneous. I am not. I’m very planned. I try to make all my decisions based on facts. I try to not be emotionally carried away by things. I’m very type A. I like things to be super organized and in their place.

Throughout Season 1, we saw Layne completely transform her business into one of Atlanta’s hottest shops. How do you hope Layne’s character inspires other women when it comes to taking those needed risks and following their dreams?

I think the general takeaway is just have some focus on things other than your love life. I know for me personally, when I get too caught up in my love life and not enough on my career, things suffer. I think that’s what was going on with her. She didn’t know what she wanted from either end. Then when she was like, “Oh, wait, I want the store to do well,” she had to make a clear decision to want it to do well, as well as intuitively decide to be with a man that knows her and wants to love her fully. Greg was very nice, a doctor who had money, but he didn’t know that she was scared of squirrels. That she wouldn’t want to live in Alpharetta. How do you not know that stuff but you propose to somebody?

I think watching Layne make a lot of decisions that weren’t the traditional decisions that people want women to make — marrying the nice guy, keeping the corporate job that’s paying you — was really important. I think a lot of women might be feeling that way. Like me personally, I’m not in a rush to get married or have kids. I don’t even know if I want those two things. I feel a lot less guilty about it every time I see it on TV and it’s like, “Oh, that’s cool. It’s okay that I like my life the way I like my life.” It’s okay that women who are getting married like their life the way they like their life. We should all be able to just make our own decisions based on what works for us and not what society is saying, especially as Black women.

It is very evident from watching each episode that you and the rest of the cast have great chemistry working together. How do you feel these relationships have transformed on- and off-screen since the start of the series?

The wild thing was, we all met a week before we had to shoot the show. Because it was like we were the best of friends for 20+ years. We had to create these really deep relationships. It was nice, because I remember when we did our chem tests together and it was just flowing. We had never met each other. None of us knew each other ahead of time. It was weird. We were just sitting there joking and having this really good time. We just were having a blast, and when we all found out we got it we were like, “Oh my God, we are best friends now.” So we go to Atlanta, and we’re all just hanging out and spending time with each other. We’re all extremely different people, but we just have this really common thread of loving what we do. Being kind. We all love fried food. We all just wanted to have a good time. COVID threw a whole wrench in everything, so it was like we did all that stuff and now we are best friends and then we’re stuck in the house. I just see them when we do press now on Zoom.

Season 2 of Bigger premiered April 22 exclusively on the BET+ app.