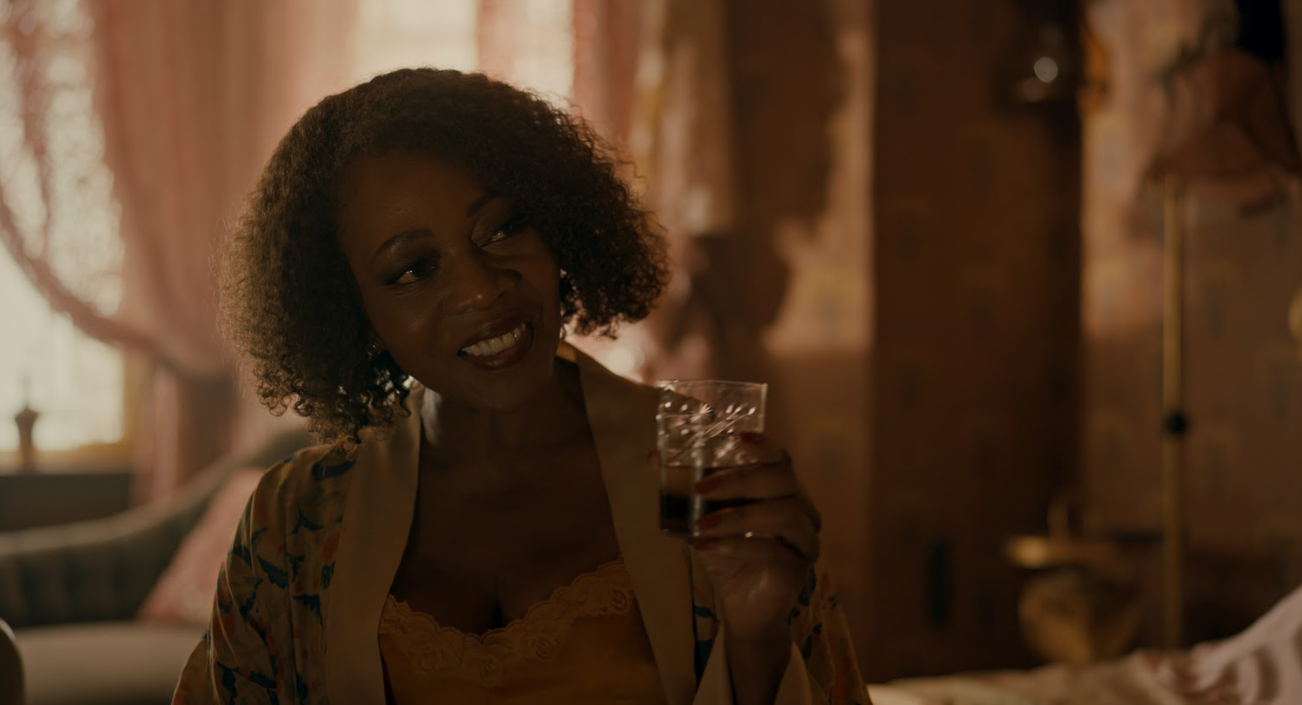 If you haven’t seen BET+’s The Porter, do yourself a huge favor and get a subscription for BET+ today.  Co-created by showrunners Marsha Greene (Canadian TV series, Mary Kills People) and Annmarie Morais (Killjoys, Syfy), The Porter centers on two WWI veterans, Junior Massey (Aml Ameen) and Zeke Garrett (Ronnie Rowe Jr.). They work as train porters on the train line between Chicago and Montreal and are based on real events experienced by pan-Canadian Black folks in the early 1920s.

Alfre Woodard (See 12 Years a Slave, Crooklyn, Mandela) is Fay Robinson, a sex worker who embraces her life from a space of vibrant humor and empowered joy. BGN spoke with Ms. Woodard during a press junket for The Porter on May 10th about her saucy role in this spectacular new show.

It’s such an honor to meet you. I’ve loved you since St. Elsewhere, and your role in Juanita, oh my good life one of my favorites!

[Laughs] Oh, St. Elsewhere, you must have been a baby.

I was in middle school…

You rock. Let’s talk about Fayanna “Fay” Robinson. I love this woman. Fay refuses to be stereotyped by her younger peers as the matron of the establishment and relishes her career as a seasoned sex worker. What is your favorite aspect of embodying this character?

I don’t think I have a favorite aspect. I just loved being in her skin. People will use the term “unapologetic” to describe an independent woman, but when you say “unapologetic”, that means that you’re being reactive. Fay just doesn’t have any other way of being.

The backstory that Marsha Greene and Annemarie Morais, and I came up with for her, was very tragic. From that tragic backstory, I wanted a different kind of phoenix rising, and that was the one that I chose. Once I did that, I was like, nope, I’m not interested in tragedy.

This isn’t in the story, but I know Fay was in the church. Her father was a preacher. I know that she loved the church. I know she was excited that she got married, and that young, upstanding man started to beat her. He eventually caused the death of their children in a fire. Her father let him beat her because it was 1921, and everybody’s father and husbands and lovers beat women!

She remembers that she loves the church aspect, but she got betrayed by it. So the thing Fay was left with after her children had gone was the gospel, the good news. Fay loved that love was the principal and that if she felt betrayed by these people that she trusted, she was gonna have to let go of everything they told her and feel good in her body.

My body and pleasure are not shameful. God is loving me. SHE wants me to be even more of myself. So Fay carries on. She does what she can do. She has no skills because she’s a housewife and becomes a sex worker. She’s been at the brothel longer than anybody else.

There is a madam, but we don’t see her because she trusts Fay to run it. A couple of women are there so, we make this house a place where these girls, wherever they come from, with their stories, to work and take care of themselves. They got family there, and we have an agency that other women outside the house don’t have in 1921.

Our “customers” don’t come because they’re skulking misfits. They come because we created a place where they know that somebody will understand them even for a couple of hours. Somebody will accept them. That’s the atmosphere that I wanted to bring.

I love that the principal female actors in The Porters are all dark-skinned Black women.

Yes — so beautiful that it’s difficult to even process the colorism they face. The show features colorism in a way I’ve not seen. Do you think Faye faced the negative aspects of colorism as a sex worker?

But the thing is, you don’t sit and wait for it to be over. You find a way to thrive in the middle of it. So it’s just the fact of life. But there are all kinds of people coming to the brothel for every kind of reason. So everybody’s wanted there. Some people come in and say, I don’t want an ivory alabaster girl. Give me a sweet caramel woman. You realize everybody’s got tastes, and everybody can be celebrated.

The Porters takes place in the 1920s and deals with workers trying to unionize,  Veterans dealing with PTSD, Black parents of a son living with a mental illness, and colorism in the entertainment industry. How does it feel to be working on such a relevant costume drama?

What is bringing you the most joy right now?

She is the one, it’s her joy. So you don’t have to do anything other than just keep knowing that even under fire, whatever under fire means that helps you carry on. I kept saying that through a lot of stuff in the past couple of years.