Since the Game of Thrones finale has aired, there have been numerous takes about both the ending and the legacy of the show as a whole. But it is “The things I do for love” — the moment that started it all for so many of us — that I think of first. After all, the show has been defined by the many things its characters have done for love: Ned Stark keeping his sister’s secret; Jon Snow rallying the realm against the Night King; Sansa’s steadfast mission for Northern independence; Robb Stark’s tragic last words; Jon plunging his dagger into Daenerys Targaryen’s heart; and, of course, Jaime Lannister keeping his eyes trained on his sister-lover as he pushes a ten-year-old boy out of a tower window.

“The things I do for love”, he says, with nonchalance. Or is it with loathing? 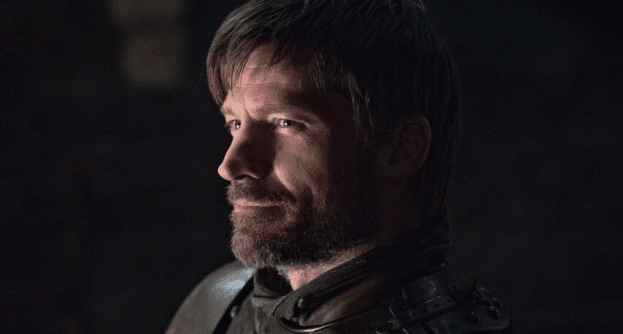 Writing about the completion of a popular TV show by focusing on one character might be unusual. But it is George R.R. Martin himself who often says that his stories are about “the human heart in conflict with itself”. And there are not many characters in Westeros who’s as conflicted as the Kingslayer. Along with Daenerys’, Jaime Lannister’s ending — returning to his lover Cersei and dying with her — has been one of the most controversial. Some have deemed it fitting, while others have stormed and raged, calling it character assassination. In true ‘Thrones’ fashion, however, things might not be quite as simple as all that.

We first meet Jaime Lannister as an arrogant, villainous Kingsguard who’s killed the king he’s sworn to protect and is in an incestuous relationship with his twin sister; after attempting to kill Bran, he attacks Ned in King’s Landing and later murders his cousin to escape captivity. It is only after he’s lost his sword hand and has formed a connection with Brienne of Tarth do we come to realize that there’s much more to him than a man with “shit for honor”. His love and admiration for her, inspire him to make better choices: rescuing Brienne from the bear pit, sending her on a mission to find the Stark girls, helping Winterfell fight against the Dead etc. Yet he still threatens to launch Edmure Tully’s infant son into Riverrun with a catapult, and standing by Cersei is still complicit in her heinous actions and the Lannisters’ oppressive regime. 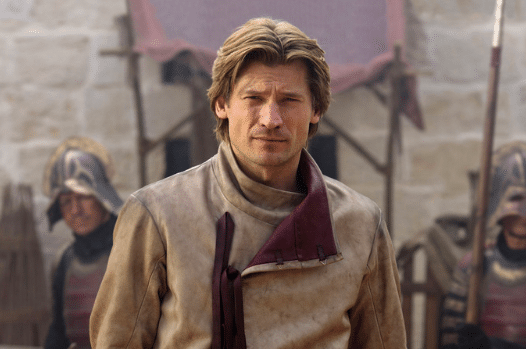 So do Jaime’s ‘evil’ deeds and intentions cancel out his ‘good’ ones or vice versa? What else must he do in order for him to be redeemed? Kill Cersei? Or is his character merely an embodiment of Martin’s belief that “men are still capable of great heroism, but I don’t necessarily think there are heroes”? The answers most likely differ depending on who you ask. But perhaps it is the questions themselves that Martin wants us to focus on rather than the answers. As he himself says: “One of the things I wanted to explore with Jaime is the whole issue of redemption. When can we be redeemed? Is redemption even possible? I don’t have an answer. But when do we forgive people?”

Granted, these complex themes, along with Jaime’s character, have not always been explored effectively in the show due to inconsistent writing. (The line “I’ve never cared much [for the people of King’s Landing], innocent or otherwise” in the episode “The Bells” is particularly egregious, especially since caring about innocent lives is the very reason why he killed the Mad King in the first place.) And, yes, more time should have been afforded to his decision to leave Brienne and return to Cersei. But the clumsy way his ending is handled and the ending itself should not mean that his entire arc is completely ruined. 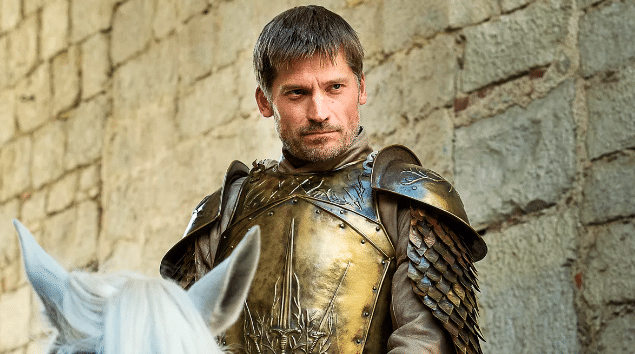 For me the true devastation of Jaime Lannister’s story remains the same: his journey, unlike Theon’s, has never been one that’s destined for complete redemption (at least not ‘redemption’ in the conventional sense, anyway), but because we, like Brienne, have caught glimpses of his goodness, we fall into the trap of rooting for him. We want him to become the honorable knight she believes him to be. (“We don’t get to choose who we love”, yes, but sometimes we love people for who they can be just as much as for who they are, if not more.) We want to see him break free from Cersei and his own self-hatred. Some at least want him to kill her before dying with her. But should the manner of his death, as heartbreaking as it is, matter more than his life? I’d argue that, no, not necessarily.

What Game of Thrones and “A Song of Ice and Fire” have shown us is that choosing is hard, but no matter what we choose — good, evil or something in between — our choices have power. Some people might look at all of Jaime’s (which, in the books, can still include murdering his sister) and choose to call him nothing but a “fuckboy” or a “dirtbag in Knight’s armor”. That’s fair enough. But others might choose to forgive him (Martin: “We should be able to be forgiven. Because if there is no possibility of redemption, what’s the answer then?”) and remember him for his moments of goodness or the positive impact he’s made. For Brienne, his belief in her and his acceptance of her — which are essential to her finding Sansa and later becoming Lord Commander of the Kingsguard — compels her to choose the latter course. What she’s written about him in the White Book — “Rode south in an attempt to save the capital from destruction. Died protecting his queen” — is simply an act of forgiveness; of kindness and understanding. It is her giving him the gift of mercy.

There is a Doctor Who episode called “Vincent and the Doctor” in which the Doctor and his companion Amy Pond travel back in time to meet Vincent Van Gogh. After witnessing Vincent’s fragile mental state, they decide to take him on a short trip to the future so he can see how much his art will be appreciated decades later. After the trip is over, an ecstatic Amy can’t resist hoping that their time together might have convinced the painter not to take his own life. When she discovers that this is not the case, she laments, “We didn’t make a difference at all”, only for the Doctor to disagree. “Every life is a pile of good things and bad things,” he tells her. “The good things don’t always soften the bad things, but vice versa, the bad things don’t necessarily spoil the good things and make them unimportant.”

Yes, I’m afraid Stannis Baratheon (bless his problematic heart) is right: “A good act does not wash out the bad, nor a bad act the good. Each should have its own reward” (A Clash of Kings). And so it is with Jaime Lannister. So it is with Game of Thrones and this amazing, sometimes frustrating, yet life-changing journey it has taken us on.