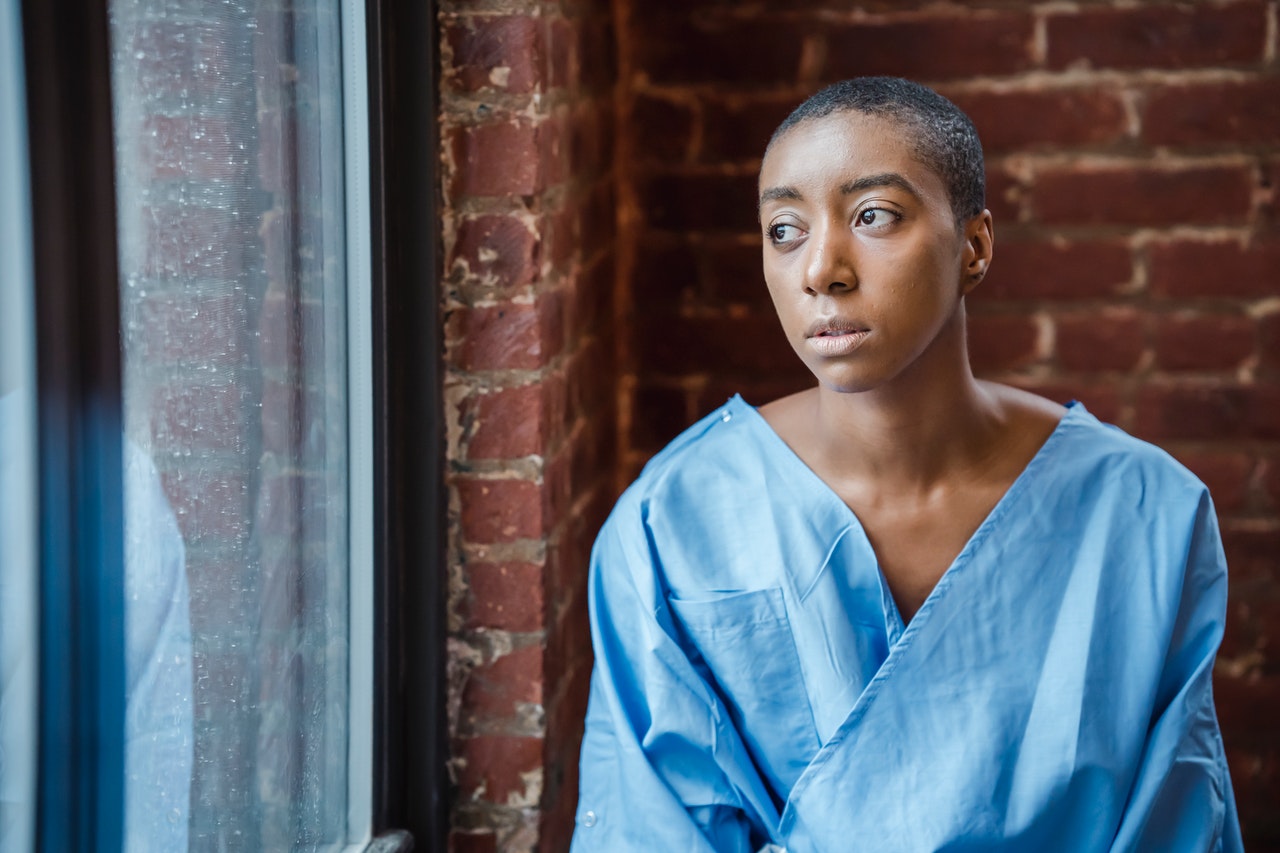 People of color will face the brunt of the impact if Roe v. Wade is overturned. In the most recent data from the Centers for Disease Control and Prevention (CDC), Black women had the highest rate of abortions with nearly 24 abortions per 1,000 women.

The reality is that one of the most marginalized groups in the country is fighting against white supremacy, poverty, lack of health care access, racism in the healthcare system, and now the impending abortion ban.

Last year, advocates warned that abortion bans would disproportionately impact Black women who would be forced to carry their pregnancies, despite the health risks. The CDC also found that Black women died of maternal causes at nearly three times the rate of white women in 2020. This leaves Black women with few options for abortion if they don’t have the means to travel out of state for the procedure. This concern was also raised by Representative Cori Bush, who shared her personal story of getting an abortion after she was raped and became pregnant as a teenager.

There’s a bigger picture here outside of whether you believe abortion is right or wrong. My thoughts are that the real issue is the ongoing disparities and access to quality health care and reproductive health information in Black communities. We need to improve the areas of access to health care, education, and family planning. These are better ways to reduce unintended pregnancies than trying to restrict them. Truth is, I don’t believe that the government has the right to tell women what to do with their bodies.

As a Black woman, I know my Blackness can be a source of joy and a threat to my independence. Systemic racism is built into every fiber of our society, including reproductive health. In 1973, the Supreme Court decision in Roe v. Wade affirmed the constitutional right to abortion. But many states, especially in the south, interpreted and applied the decision as strictly as they could possibly get away with, disproportionately affecting Black women.

Since the 1973 decision, lawmakers have enacted dangerous restrictions that have made getting an abortion nearly impossible for poor women, particularly Black women. In 2021, over 100 anti-abortion bills that restrict or ban abortions were passed in 19 states.

It’s important to mention that Roe v. Wade never fully protected Black women. It ensures the right to abortion without ensuring that people could actually get an abortion. There are many considerations: money to pay for the abortion, distance to the nearest clinic and how to get there, time off from work, and safety conditions even walking into the clinic. For privileged people, these considerations are usually not an issue. But for women of color and poor women, they are huge obstacles. This is how white supremacy operates.

To look at this even further, three years after Roe v. Wade was passed, the Hyde Amendment came along, which banned coverage of abortion through federal programs such as Medicaid. Therefore, it made it difficult for many Black and brown women to afford an abortion in the United States of America, as they made up a majority insured through Medicaid. The result: many women of color have had to carry unwanted pregnancies. The reality: women who seek an abortion but are unable to gain access to one are four times as likely to live in poverty.

In addition to poverty, restrictive abortion laws have limited access to health care and a lack of choice for effective birth control. Every day, we see that when it comes to reproductive health, women of color are more likely to experience racism and discrimination in the health care system. I have women’s family members and friends who have experienced it first-hand. Black women are three times more likely to die of pregnancy-related causes than white women.

So yes, there is a bigger picture here that is complicated and multi-faceted. These problems require well-thought-out solutions that work just as hard for Black women. We, as a society, can’t afford to look at this with a single lens. We have to consider how social justice issues intersect with how we make decisions about our bodies.

It’s safe to say that white-led reproductive rights organizations are the default. Yet, the experiences of those leading these organizations are not the same as the experiences of people of color. There is a disconnect that lies at the root. It makes sense that the right for reproductive justice must be led by those most affected, which is not men.

In college, I accompanied a friend to Planned Parenthood. Our views on abortion were different, but that did not matter. What I knew for sure was that I believed a woman had the right to make her own decisions about her body. My job that day was to fully and completely be her friend, without judgment. As we walked towards the entrance, a group of protestors approached us and tried to prevent us from going inside. They were saying anything they could to get us to turn around but we managed to get through the door. Women, of all ages, sat in the waiting room. Some were alone, while others had support. It was oddly quiet. I sat there thinking about the journey each of the women must have taken to get there. Whatever the path that brought them there, it was their decision.

What’s important in this fight is to normalize sharing our abortion stories, whether we had one or held the hand of someone at a clinic. There has to be a deeper investment in organizations that are led by people. The energy has to go all the way up to state legislatures, the attorney general, and even school boards. We are all accountable at every level. All of our lives depend on it, because Roe v. Wade may be gone soon. If that happens, we still can have true reproductive justice.