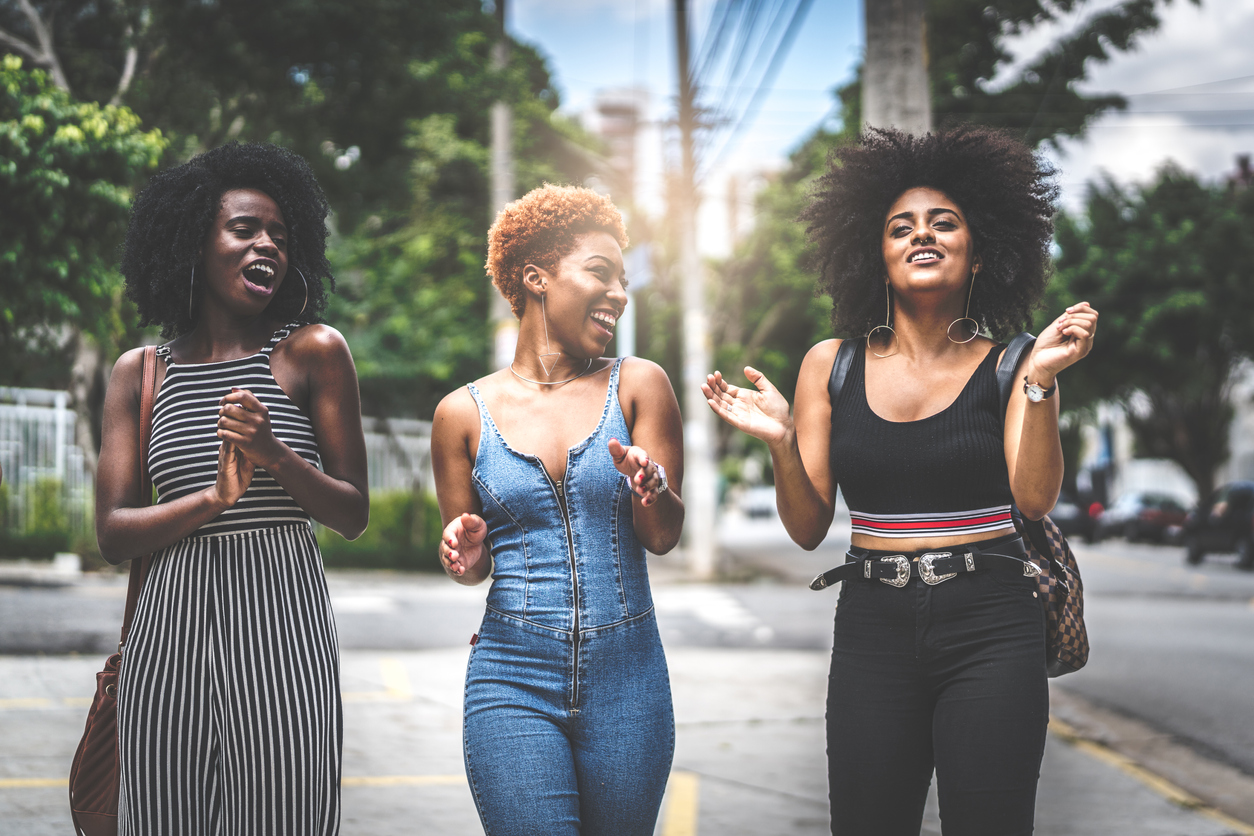 Most of us can agree that making friends as an adult is hard. Beyond that, once you’ve established bonds that feel as though they could last, you’ve got to put in the work. I do think that sometimes it feels like you have to do a lot, and I also think, as Black women, we do that disproportionately because we pour so much of ourselves into people.

Friendships are like roller coasters — they can have highs, and they can have lows. Sometimes they are exhilarating, and other times they can be scary and frustrating. But if it’s truly with a person who is worth having in your life, you learn how to manage that ride.

I met my best friend in Mrs. Eads’ fourth-grade class at Greenwood Elementary. As we sat in class on the first day of school, Mrs. Eads called us one by one to her desk to give her our birth date. Shinita and I learned we had the same birthday — and the rest is history. We bonded over pigtails, Michael Jackson, and wearing matching outfits. We had a bond that was different from everyone else, and although we’ve had our ups and downs, it has been a friendship we have nurtured for over three decades.

Like children, Black women’s best-friend relationships begin with similarities and then graduate to loyalty, understanding, and dependability. Black women have an innate sisterhood no matter what we do. Friendships can also be very complicated, and, because of the kind of friends we are as Black women — we care, we want to take care of each other — it can get messy sometimes. That’s okay though. Mess can be cleaned up.

Every week, we see how Black women are portrayed on reality television, as if we fight all the time, lack kindness, backstab, and are incapable of having substantial friendships. It can be assumed we are all the same and act the same way. An article in the Bay State Banner asks, “Are these shows, although heavily scripted, presenting some of the realities of Black womanhood, or are they merely repackaging what America thinks of Black women (and men) and pulling an audience by confirming stereotypes?”

In a society that works so hard to bring Black women down, we have to be able to depend on one another for support and encouragement. The assumption that we can’t be friends is biased and ignores the fact that we have beautiful friendships with one another.

We can celebrate each other, motivate, and tell it like it is in a genuine way. The representation in the media should show more of the fact that we can accept each other and are willing to forgive each other for any mistakes that might be caused through the friendship. Sometimes friendships grow apart, for any number of reasons. What I have found is that often those friendships come back around and are stronger and better than they were before.

We’re oftentimes told that as Black women, we’re all we have. This has been shown as we’re navigating through a global pandemic and social movements. Time and time again, Black women show they are the backbone of society. Not just as mothers and caregivers, but teachers, friends, organizers, and human beings who deserve love, support, honor, and equality. In a world where there’s one crisis after another, it’s important to remember that we’re not just on this earth to give support but to receive it as well.

The terms “women empowerment” and “sisterhood” are seen almost every day on social media. To be honest, it’s been my experience that these are just trending hashtags that provide women with more fluff than substance. I’ve attended conferences that claim to empower women. However, it was just a waste of my time and money to eat cookies and chant affirmations. Really?

Ahyiana Angel, the host of the Switch Pivot or Quit podcast, did an episode about the “underbelly” of women’s empowerment. She and guest Amber L. Wright discuss what it takes to truly empower other women, and where we are falling short. It’s an eye-opening discussion about their experiences with attending conferences and leaving feeling taken advantage of.

In a Medium article written during the height of the pandemic in 2020, it asks the question, “Why don’t we treat each other according to what we claim to believe?” Women empowerment is often seen as something to hashtag, instead of something to be done in real life.

Sisterhood to me means having a circle of like-minded women around you who support you. As for empowerment, I consider it to be when you’re validated and encouraged and you provide that same thing to other women so that we all can go through life with more confidence and without concern we’re being judged. Both are very important for Black women.

Over the years, we’ve had television shows such as Girlfriends and Living Single, as well as Harlem, Run the World, First Wives Club, Insecure, and Sistas, which all follow best friends as they navigate through life, love, and careers. These shows give us a positive demonstration of the meaning of sisterhood for Black women.

Sisterhood is and has always been my lifeline when I need to remember who I am and why I even exist in this world. It’s less of a want and more of a need for reassurance. The bonds I have with my sister-friends sustain me when everything else fails. They tell me the truth and not just what I want to hear. They are my girls, my ride-or-dies, my besties. Knowing that there are women out there who constantly have my back whether I win or lose is one of the most empowering feelings I’ve ever experienced.