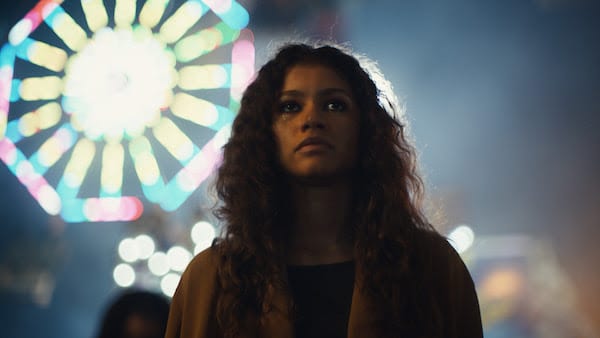 Created and written by Sam Levinson and executive produced by Drake launches the new series Euphoria on HBO.

The eight-episode season stars actors Zendaya and Storm Reid along with an ensemble cast, which follows a group of high-school students as they navigate a minefield of drugs, sex, identity, trauma, social media, love, and friendship.

HBO put out a press release today unveiling more details about the series.

17-year-old Rue Bennett (Zendaya), a drug addict fresh from rehab, who’s struggling to make sense of her future. Her life changes dramatically when she meets Jules Vaughn (Hunter Schafer), a trans girl who recently moved to town following her parents’ divorce, and like Rue is searching for where she belongs.

Storm Reid will appear in episode 4 of the series called “Shook One Pt. II” as Rue’s sister, Gia. Her mother is played by Nika King from OWN TV’s Greenleaf.

Zendaya will reprise her role as Michelle in the upcoming Spider-Man: Far From Home due for release this year and Storm Reid can be seen this month in the Ava DuVernay TV mini-series When They See Us.