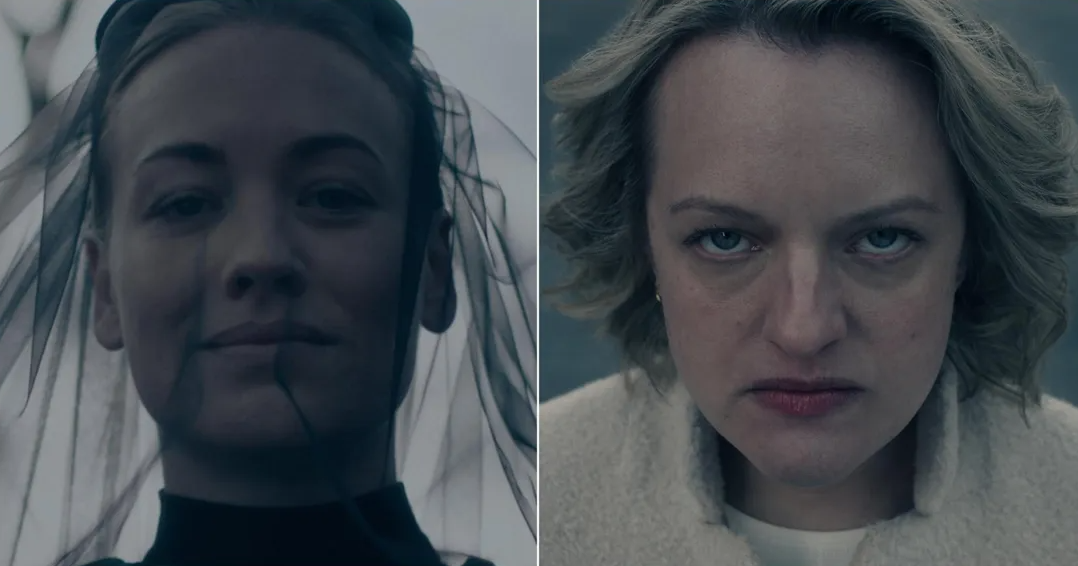 The relationship between June Osborne and Serena Joy is a central component of The Handmaid’s Tale. Throughout the show, their relationship has been presented as “complicated.” As a Black woman who has watched since the beginning, I’ve found my biggest gripe to be that June and Serena’s relationship isn’t complicated at all.

At its base, the relationship is rooted in a master-slave dichotomy. The incessant need to showcase the relationship as complicated is rooted in the American obsession with reducing the impact of slavery. The reproductive horrors of Gilead were reality for enslaved Black women. Gilead is not a fantasy for Black women, and with this in mind, June and Serena misrepresent the trauma and devastation of master-slave relationships. As white women, June and Serena find a human basis that does not exist for Black women. June’s capacity for empathy is not one of a formally enslaved person who has survived, but instead a white woman with white feminist values.

The Handmaid’s Tale is a dystopian drama that uses the spirit of American chattel slavery to enrich its story. The fifth season gives the audience an outside view of the political and social conditions of Gilead as the main characters seek asylum in Canada. As the season comes to a close, the audience must grapple with new conditions concerning June and Serena’s relationship.

The dynamic shared between June Osborne and Serena Joy are a central component to the function of Gilead. Serena is the master, and June is the slave. This dynamic is mirrored between every wife and handmaid, creating a strict social hierarchy that the show relies on. In Season 1, Episode 3, “Late,” we see the beginning of Serena’s brutal treatment of June (then called Offred), when Serena yanks her upstairs, throws her to the ground, yells in her face, and proceeds to punish her with solitary confinement because she failed to conceive with Fred.

This everyday abuse happens simultaneously with the sexual abuse of “the ceremony.” This treatment is recurring and worsens in Season 2 as the imagery of Gilead is expanded to further embody that of a slave plantation. A rebellion lead by June in the Season 1 finale results in many handmaids being sent to breeding and work colonies, when June attempts to escape and is captured and brought back to Gilead. This leads to a Black man being lynched by the state in Season 2, Episode 4, and the audience even witnesses an instance of genital mutilation as a result of a lesbian love affair in Season 1, Episode 3.

In Season 2, Episode 10, “The Last Ceremony,” a pregnant June is sexually assaulted by Fred and Serena to induce labor “in the most natural way.” The audience witnessed the horror and brutality of June’s enslavement. For Black women viewers like myself, her lived experiences were inarticulable.

The horrors of Gilead were a reality for enslaved Black women. Gilead is not a speculative scenario; June’s experiences with sexual assault, family separation, political imprisonment, and radical rebellion resonate with Black audiences as foundational to the experience of enslavement. In return, Black fans were able to find solace when June succeeded because they were witnessing instances of radical revenge: June’s alliance with Mayday; her ability to liberate women and girls from Gilead; her plotting revenge on Fred; her finding pleasure in shaming Serena’s humanity and wishing death on her baby. These all became the easiest scenes of the show.

The Handmaid’s Tale developed June’s story to be one of a radical victor. With this in mind, Season 5’s framing of June and Serena’s relationship as complicated is extremely problematic. The incessant need to showcase the relationship as complex is rooted in the American obsession with reducing the impact of enslavement. June and Serena misrepresent the trauma and devastation of master-slave relationships and their ability to align on a humane basis is underscored by their shared identity as white women.

Personally, my jaw fell to the floor when June helped deliver Serena’s baby and then helped them both survive. I was flabbergasted when later in the same episode June became enraged with Luke for calling immigration on Serena. Was Serena not the same woman who held June captive as a reproductive slave? Is Serena not the person who asked Fred to assault June and held her down while he did so? Didn’t Serena use Hannah’s safety to blackmail June at multiple points in the show? What makes her so deserving of humanity?

As white women, June and Serena find a relational basis that does not exist for Black women. June’s capacity for empathy is not one of a formally enslaved person who has survived and “learned” to be a better person, but instead a white woman with white feminist values. Her white femininity has always been a central part of her decision making, but it becomes especially violent when she engages oppressive empathy. June’s efforts to humanize Serena obfuscate the fact that she is a war criminal; through humanism Serena is transformed into a struggling mother, a survivor, a victim. This reveals a critical miscalculation in the show.

We cannot tell accurate stories of enslavement with white women at the center. When both oppressor and victim are white women, the crimes against humanity become minimized to just a case of human error, when in reality Serena was a willing perpetrator until the system did not work in her favor.

In my eyes, Serena cannot be vindicated, but the show has made valiant efforts to reframe her character this season, even going as far as suggesting that her residency with the Wheelers resembles the conditions of a handmaid from Gilead. We need to widen the scope of Serena’s crimes. June was not her only victim — she contributed to the suffering of every handmaid in Gilead. Framing Serena’s current conditions as one of a handmaid mischaracterizes the brutality of enslavement. Serena’s power and abuse as a wife is unable to be mirrored since she was also a creator of Gilead.

It is important that we are critical of the choices being made pertaining to Serena’s story because of how closely The Handmaid’s Tale resembles our lived reality as Black women. Framing June and Serena’s investment in white feminist values as truth pays a disservice to historical memory. Formerly enslaved Black women did not maintain human connection with white masters, and the pain of enslavement was not remedied by a change of setting. June and Serena create a counter narrative of healing and camaraderie that never existed for the women whom this story is based on.

The Handmaid’s Tale is currently streaming on Hulu.