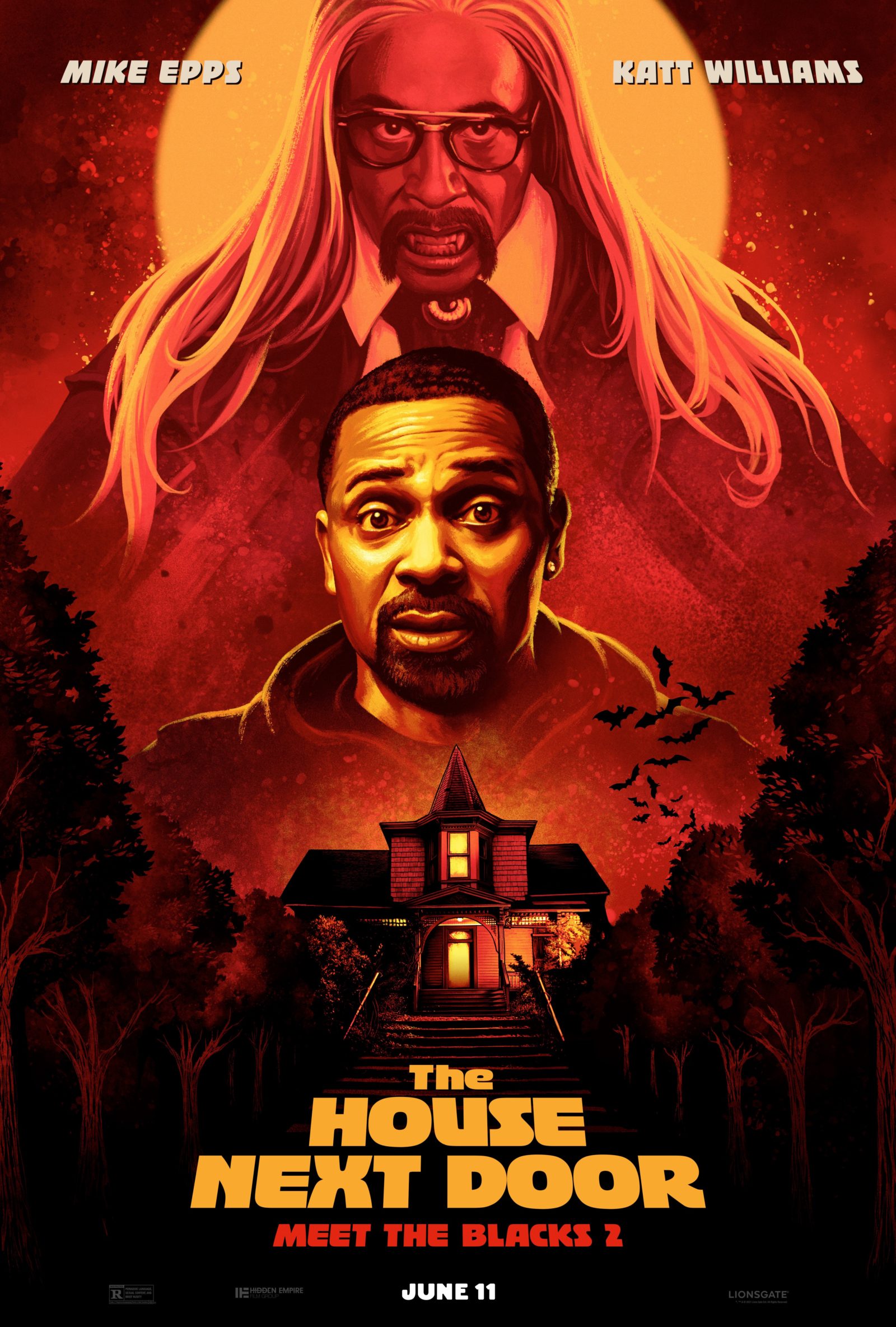 Hidden Empire Film Group announced today that they will release the highly-anticipated horror comedy The House Next Door: Meet the Blacks 2, the follow-up to the 2016 indie hit Meet The Blacks, in theaters on Friday, June 11th.  Lionsgate will partner with Hidden Empire to release the film on demand and on blu-ray/DVD later this summer.

“We first made the film because it is rare that we get comedies that speak to the urban culture,” said Deon Taylor.  “After the success of the first film culturally and theatrically, it was only right to service the fans that were demanding a sequel. This is why we make art and why it’s important for more black filmmakers to emerge.”

Carl Black (Mike Epps) is about to face off with the neighbor from hell (Katt Williams) in The House Next Door: Meet the Blacks 2. Carl has only ever wanted the best for his family, but after surviving the events that led to his (not-so-) bestselling book, he’s moving everyone to his childhood home, where’s he’ll contend not only with his wife Lorene (Zulay Henao) and kids Allie (Bresha Webb) and Carl Jr. (Alex Henderson) but everyone who drives him crazy: Cronut (Lil Duval), Freezee (Andrew Bachelor), Rico (Tyrin Turner), and an entire neighborhood of characters who seem to attract strange activity after dark. And nothing could be more freaky than their new neighbor Dr. Mamuwalde (Williams), who may or may not be a vampire. From co-writer/director Deon Taylor (Fatale, Black and Blue), as the Meet The Blacks universe expands, it will be up to Carl to figure out what his neighbor is up to in the middle of the night before it’s too late for him and his family.

The first Meet The Blacks opened as the #2 highest-grossing new release of the April 1, 2016 weekend.

Director Deon Taylor Teams with ‘Parasite’ Producers for His Next Feature