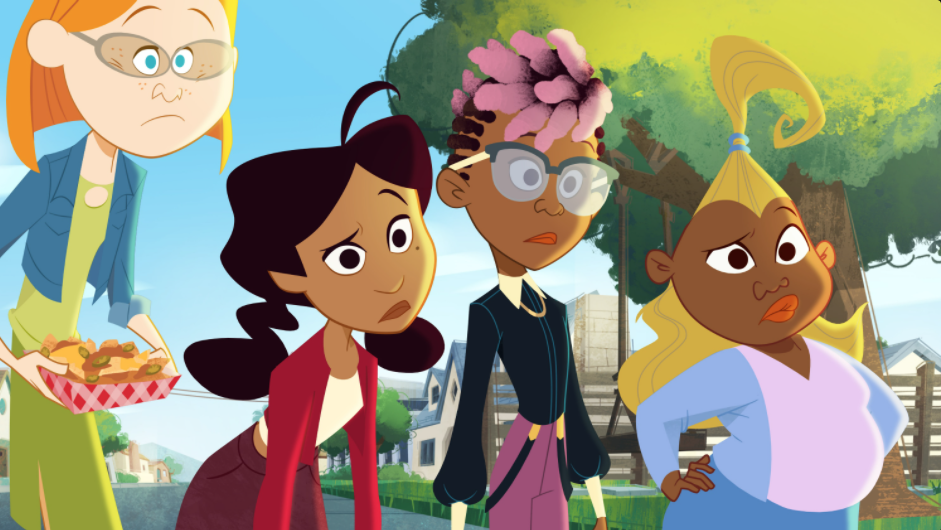 Disney+ announced today the February 23 premiere date for The Proud Family: Louder and Prouder, the highly-anticipated revival of the groundbreaking Disney Channel series, “The Proud Family.” Featuring an all-star celebrity cast, new episodes will debut Wednesdays on the streaming platform. Along with the premiere date, Disney+ revealed the official series trailer during this morning’s Television Critics Association virtual press tour.

Lauded television and film composer, songwriter and producer Kurt Farquhar, who wrote and composed “The Proud Family” theme song, returns as series songwriter and composer for The Proud Family: Louder and Prouder. Preserving the lyrics and melody of the iconic and beloved original theme song, Farquhar reimagined a contemporary version for the revival, performed by rising R&B star Joyce Wrice. A new behind-the-scenes music featurette with a sneak peek of the updated song was released today:

The Proud Family: Louder and Prouder will pick up the story of its central character, Penny Proud, and include her madcap family: parents Oscar and Trudy, twin siblings BeBe and CeCe, and grandmother Suga Mama (and Puff!). Of course, it would not be “The Proud Family” without Penny’s loyal crew Dijonay Jones, LaCienega Boulevardez and Zoey Howzer, among others.

The Proud Family: Louder and Prouder brand extensions will include a cross-category product line of apparel, home, stationery, toys and Funko Pop! collectibles exclusively at Target timed to the series launch. Additionally, the complete library of the original series will be available on digital February 15 and DVD March 15; a new storybook from Disney Press, “It All Started with an Orange Basketball,” is coming soon; and The Proud Family: Louder and Prouder digital soundtrack will be available later this year on Walt Disney Records.

From Disney Television Animation, The Proud Family: Louder and Prouder is executive-produced by Bruce W. Smith (The Princess and the Frog) and Ralph Farquhar (Moesha), both of whom led the original series. Calvin Brown, Jr. (Moesha) is co-executive producer, Jan Hirota (Big Hero 6 The Series) is producer, and Eastwood Wong (Carmen Sandiego) is art director.

All seasons of The Proud Family, which debuted on Disney Channel in 2001 and is still beloved for its characters, multilayered humor, and inclusive messages and stories, are currently available on Disney+.

Keke Palmer is the Host of the New Reality Series ‘Foodtastic’

Disney+ Launches Trailer to ‘The Book of Boba Fett’