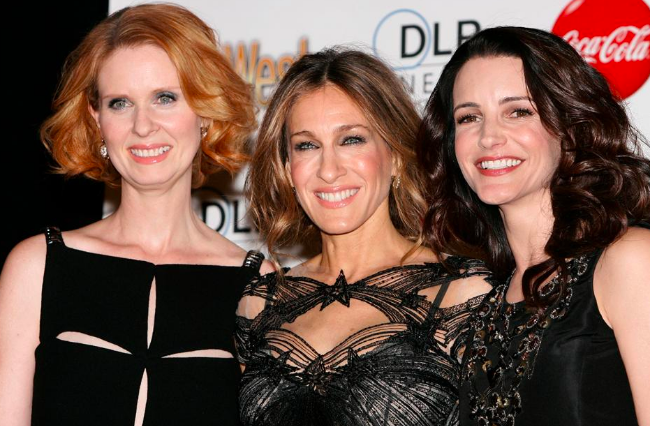 It’s time to grab the girls, because Sex and the City, created by Darren Star for HBO, is confirmed for a reboot. Audiences fell in love with the fabulous New York City girl squad known for their romantic ventures, fashionista flares, and some of the steamiest sex scenes of the late 1990s and early 2000s.

At times, it seemed like the show that had it all. From humor to adventure and even a little mystery, every episode had something scandalous to talk about. It had everything — with the exception of actually reflecting the real New York and an accurate representation of the diverse metropolis. From the Fenti to the overuse of the word “fabulous,” Sex and the City was best known for being fake.

While beloved by many and an admittedly addicting series, it was sad that it ignored Black and Brown communities and how stylish, sexy, and intriguing they are.

The show not only pretended that Black people and people of color were virtually nonexistent, it also seemed to randomly pull them out to use as “magical Negros” to help the plot along. The show would let them exist when there was a “ghetto fight” in the bar or some “sexually explicit” trans characters, but would never ever allow them to be fully recognized people.

Even with a few seemingly more developed Black characters in the series, it seemed like the show felt obligated to check off some boxes without crafting authentic narratives with care.

One central example is Samantha Jones (Kim Cattrall) dating a Black man named Chivon (Asio Highsmith) and being “dissed” by his sister to supposedly show that Black people can be racist in an incredibly offensive and stereotypical depiction of Black people used exclusively for a very awful episode. Chivon’s sister, Adeena (Sundra Oakley), is one of the few Black women on the show as a whole, and the only one given a central role in an episode. Unfortunately, the role is a painfully stereotypical depiction of “the angry Black woman” trope, as it frames Jones as the “victim” of racism.

At this point, the show doesn’t seem like it could get more first-wave white feminist if it tried, and we believe they were probably trying. It’s very clear that in the realm of Sex and the City, Black men are for sexualizing and Black women are for villainizing.  This is even more evident later in the series when Miranda Hobbes (Cynthia Nixon) dated Dr. Robert E. Leeds (Blair Underwood), and the show paralleled their relationship to an interrracial soap opera between a white British woman and a Black man.

The show decided to randomly use a Black man as a stereotype and fetish. Both Chivon and Leeds were used as hyper-sexual characters that are enjoyed for their Black masculinity but kicked to the curb when it comes to having a seat in the “actual story.” While they made Leeds a doctor, it had to be in sports medicine. Apparently, it was okay and maybe necessary to play “Proud Mary” by Tina Turner when he and Hobbes had sex for the first time.

In the same light, Chivon worked in the rap and hip-hop industry and took Jones to “dangerous” clubs with music that wasn’t shy about using the N-word. Yet, it seems like the show tried to infer that he was kind of poetic, by mentioning that “not all rap has a hard edge.” It was a mess. During the final season, Jones has cancer and begins wearing wigs. One episode, she sports an Afro wig and calls herself “Foxy Brown” while using an Afro pick and even says, “Hold on, Sista’s gotta get ready,” as she picks the Afro.

This additional mockery is not only unnecessary, it’s blatantly racist. The show could have had fun with Jones’s wigs without making fun of Black women and their natural hair and Black culture as a whole. These examples make it very clear that Black people only exist in the world of Sex and the City when the show feels the need to mock them or fetishize their bodies.

While this iconic show got a lot of things right, it definitely handled diversity, Blackness and New York wrong. It was also heavily transphobic and loved ensuring that trans people were also Black and Brown folks. The show couldn’t even begin to handle any kind of accurate representation, let alone intersectionality. Well, actually, they represented the whiteness and racism of each main character pretty accurately, but it was and will always be unacceptable.

This new reboot is an opportunity to finally get things right. While many fans are more than a little stung by the news that Cattrall won’t be returning, this seems like a chance to finally include an authentic Black woman who isn’t a token or a stereotypical plot-moving character, but a real person with a meaningful story.  She deserves to be just as fabulous, smart, dynamic, and, of course, as sexy as the rest of the women while also having her intersectional womanhood recognized and explored.

Actors like Angela Bassett, Phylicia Rashad, and Vivica Fox would be great fits to match the age group of the returning cast members, and there’s no questioning the style, sexiness, and intellect these powerhouses would bring to the table, if they’re given the chance.

The original Sex and the City was built on whitewashed first-wave feminism; the reboot needs to be intersectional Black and Brown second-wave feminism.  It’s true, things are looking dismal, but one thing is for sure, if they try to recreate another homogenized version of New York or an anti-Black storyline, this time people will have a lot more to say. This era isn’t the same one that the show was first released in. With more Black and Brown people having a say, the reboot will go down in flames if true attention isn’t paid to diversity.

It may be a crummy continuation, as many reboots are, but hopefully its potential failure won’t be due to a refusal to hire Black and Brown writers, cast Black and Brown people, and actually see that there are consequences for whitewashing the world. Many people from different backgrounds can agree that Sex and the City is an amazing show, which makes the racism even more difficult to stomach.