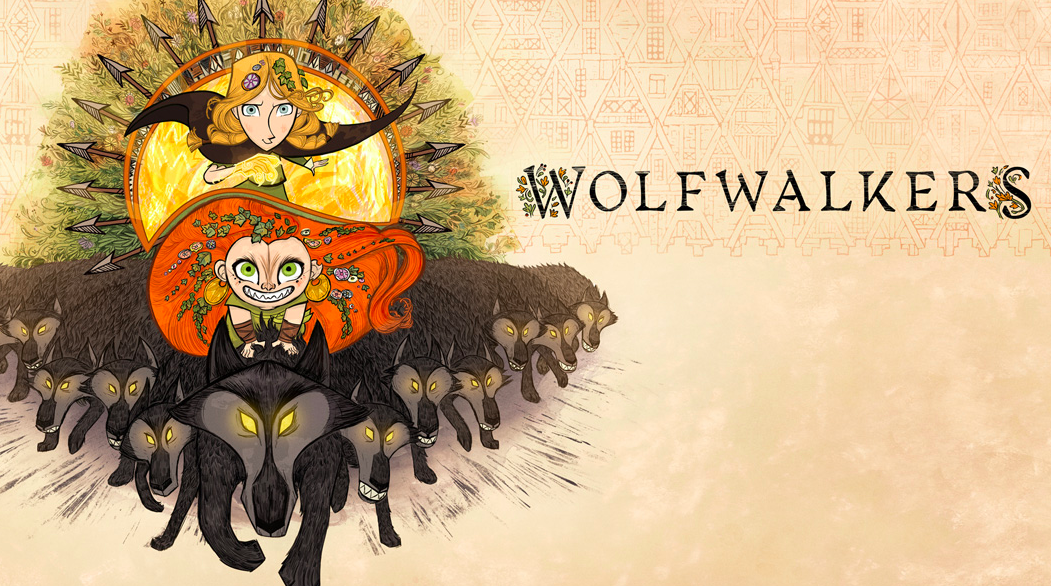 It isn’t every day that you have the opportunity to speak to the creators of a film, much less an animated film filled with Irish folklore like Wolfwalkers. For this lucky writer, I found myself in the midst of a conference call with all the talents who made this incredible film a reality. It is here that a discussion over not only their latest film, Wolfwalkers, but their other films, The Secret of Kells (2009) and Song of the Sea (2014), was held. In a Zoom conference with many of the bigwigs of the films production team, I got the chance to ask some questions about the film, as well as other questions that needed to be asked.

Is there was a style that connects Cartoon Saloon’s Irish Folklore Trilogy: The Secret of Kells (2009), Song of the Sea (2014), and Wolfwalkers?

Maria Pareja (Production Designer and Co-Art Director): The style is kind of similar but different. I believe that The Secret of Kells was very much inspired by the Book of Kells. The rest of the films attempted to push their limits as artists but kept in mind that this (Wolfwalkers) film would also be a part of the series. I also think that it was determined based on the style the studio liked.

What about this film are you most proud of?

Maria Pareja: This is my first project. The fact that I got to work on such an amazing film was already special. I think what did it for me was seeing all the beautiful artwork and working with a great team. That is really it.

Narissa Schander (FX Lead): For me personally, it was that every frame was a work of art. This is something you really noticed, especially with the feedback from the directors. Even with the waterfall, we worked on the mist and foam and we would add extra texture to give it that final appearance. It was really a fun project, and it was one that has challenged me creatively.

What is your importance in keeping alive 2-D styles when so many other big studios have found this obsolete?

Svend Rothmann Bonde (Rough Animation Supervisor): I think there is something about the hand drawing that is more freeing. I feel like you can play more and push the style more. I know that we see 3-D style films looking much different. I do think there is something unique and organic about the hand-style drawings. I also think that if you are working with a certain budget you can get away with a lot more. [Laughs.]

Elmhin McNamara (Wolfvision Supervisor / Animator): I think this line keeps blurring. Spider-Man: Into the Spider-Verse is a good example of this, and that is because they were drawing on top of their 3-D animation, which really helped in telling their story. It really all depends on who you have on your team and what their talents are.

What is something you hope that your audience will take away from this production?

Richie Cody (Editor): Firstly, that they should enjoy it. I think that watching a animated movie should be an enjoyable experience. If that is the only thing, they get from it, that’s great! I also hope that the family elements are discussed even after the film.  I know that my own mother really enjoyed the family dynamic between Robyn and Bill while they were living in the town. It felt real to her. It felt real how their relationship evolved. On that level, I try to engage with my audience.

Darragh Byrne (Editor): I do agree with that. It is a family film and an adventure film. But I also hope that they get the ecological message from the film. I do hope that people start asking questions. I understand that this will require research, but they can start asking tough questions like, “Were there wolves there long ago? Where did they go?” The short answer is there were wolves there. So my hope is that children will start asking those questions and looking up that their history, and maybe be proud of their own history. I would hope that many of them will look up this information.

Are there any parts that were cut out of the film’s final product?

Darragh Byrne: There was a great comedy scene that had to be cut out for time. It was heartbreaking to have to cut it, but those are the hard choices that have to be made. If it doesn’t push the story forward, it has to go.

Richie Cody: All of the changes that happened really just simplified the situation. The personal journey is still there, and it gets there a lot quicker. There are nice elements that have to be gotten rid of. I love getting rid of even beautiful moments as long as it means getting the story where it needs to be.

In the short time that was allotted for the Zoom conference, this writer discovered more than a few notable facts about the film. This movie is more than just a pretty story about family. It is a work that attempts to reach a wider audience with its vivid colors, its excellent storytelling, and its beautiful message. Even though I was the one asking questions, I left the conference with a little question of my own. What happened to all the wolves?